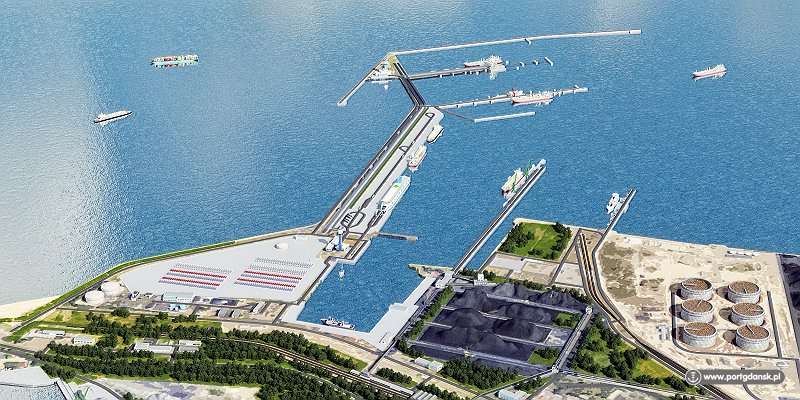 A tender for the Polnocne Quay at the Port of Gdansk

The expansion of the Polnocne Quay is one of the largest projects carried out by the Port of Gdansk Authority. The PGA has just announced a call for tenders in order to find a contractor for the investment.

This is not the first step of the Gdansk port aimed at expanding the quay. The investment is ready for implementation: project documentation is complete, including the construction design prepared as part of the project co-financed from the TEN-T programme and valid building permit. Now, it is time to find a contractor to turn the designs and documentation into reality.

"The expanded Polnocne Quay will be used primarily for Ro-Ro transshipments. We are witnessing rapid growth in this area, particularly in the transshipments of commercial vehicles. Compared to 2016, the year 2017 ended with a result better by 400%. Our task is to adjust the infrastructure to the needs and development of the market," says Lukasz Greinke, President of the PGA.

The Port of Gdansk Authority has received funds for the investment from the Connecting Europe Facility, within the framework of the CEF Blending priority. As many as 68 projects from Member States applied for support from the programme, out of which 39 were selected. In terms of the amount of subsidies granted, Poland came 5th among the competing countries.

"Even though the first recruitment for CEF Blending was a pilot one with a rather complicated structure, our application for the programme was a success, thanks to which the project received a 20% subsidy from the EU," explains Jowita Zielinkiewicz, Head of the Department of Innovation and Fund Acquisition at the PGA.

Subsidies were granted to just two Polish investments: one, worth EUR 20 million, will go to the Port of Gdansk, and the other - EUR 60.55 million - to PKP PLK. The remaining funds for the construction come from the PGA's own budget. The total cost of the investment is estimated at about PLN 400 million.

Potential contractors have until the end of July to submit their tenders. Construction work will start this year and end in 2020.