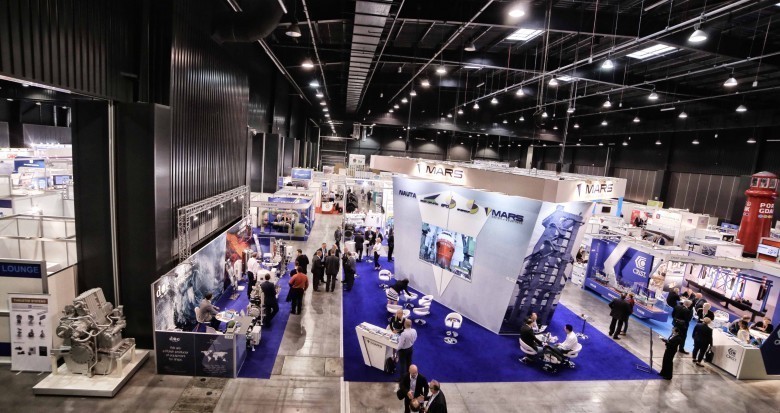 BALTEXPO 2017: Poland to become one of the largest maritime economies

This was one of the most important statements made on the first day of the Baltexpo 2017 Fair in Gdansk. The comment was made by Peter S. Gontha, Ambassador of Indonesia during the opening debate on transnational synergies in the development of maritime industries.

- Shipyards are the basis of Polish maritime economy. Therefore, we have implemented the Shipbuilding Act, we are expanding the program of green shipyards and we created the Maritime Investment Fund. We also want to spend 6.5 billion zl on port development. The most important challenge is for us, however, to return to inland waterway - said Minister of Maritime Economy Marek Gróbarczyk at the opening ceremony.

During the first day of the conference, several debates and conferences were held to share the experiences of representatives of the world maritime industry. Additionally during the opening ceremony Port of Gdansk and Qatar Port Hamad signed a memorandum on cooperation.
Minister of Transport and Communications Qatar Jassim Saif Ahmed Al-Sulaiti said that new sea connections between Poland and Qatar could be opened as part of the cooperation. He said that cooperation might involve many areas but primarily shipbuilding and port co-operation.

Gróbarczyk acknowledged that Poland wants to develop cooperation primarily in the field of shipbuilding. - After today's meeting I can promise that there will be contracts with the Qatari side, all ship-related service," he added. He reported that the ongoing cooperation in maritime education would be developed. - Polish maritime academies will train more people from Qatar - he said.

This was also important day for Port Gdynia. During Baltexpo port authorities signed contract with company PORR SA Warszawa for expansion of turning cycle nr 2 in the port. Thanks to that, ships of up to 400 meters in length will be able to call at the sea port in Gdynia.

Representatives of the port in Gdynia have stressed for several years that the implementation of the turntable, which allows turning the unit before entering the port, is a strategic undertaking for the future of the company. The project has been submitted for EU funding under the OPI & E 2014-2020 program. Adam Meller, the CEO of the Port of Gdynia Maritime Authority explained to journalists that "the terminal will increase the potential and capabilities of the port."

The price of turntable expansion will be over 27,7 mln zl. The order for the first phase of the turntable includes, in particular, the demolition of the 240ft (Pier Quay), which was purchased from the Naval Shipyard in January 2014.

It is assumed that thanks to the new turntable Gdynia port will be able to call vessels up to 400 m long. At present the port can accept vessels with a maximum length of about 320-330 meters (bulk carriers) and about 240 m (container ships). The development strategy of the Port of Gdynia assumes that its transshipment capacity will be about 44.5 million tons in 2027. In 2016, the port turnaround was 19.5 million tonnes, up 7.4 percent. more than 2015.

On the first day of Baltexpo guests might attended also an open meeting of the Polish Shipbuilding Council. The activities of fleets, challenges of the present and the future have been discussed. According to the organizers, one of the greatest mistakes of the Polish Navy is the lack of conception of its use after the accession of Poland to NATO and the European Union. According to the Shipbuilding Board, it is necessary to develop a new strategy for the use and development of the Navy if maritime forces are to safeguard Polish interests in the seas and oceans.

At BALTEXPO 2017, you will be able to familiarize yourself with the offers, achievements and plans of 281 companies, institutions and organizations from 19 countries, as well as participate in a rich program of seminars, debates and animations in conference rooms and special zones at the fairgrounds.
The theme of the event covers the main areas of maritime economy: shipbuilding, offshore, port and maritime industry, maritime logistics, maritime and coastal shipping, inland navigation and water management, port security and protection, environmental protection.