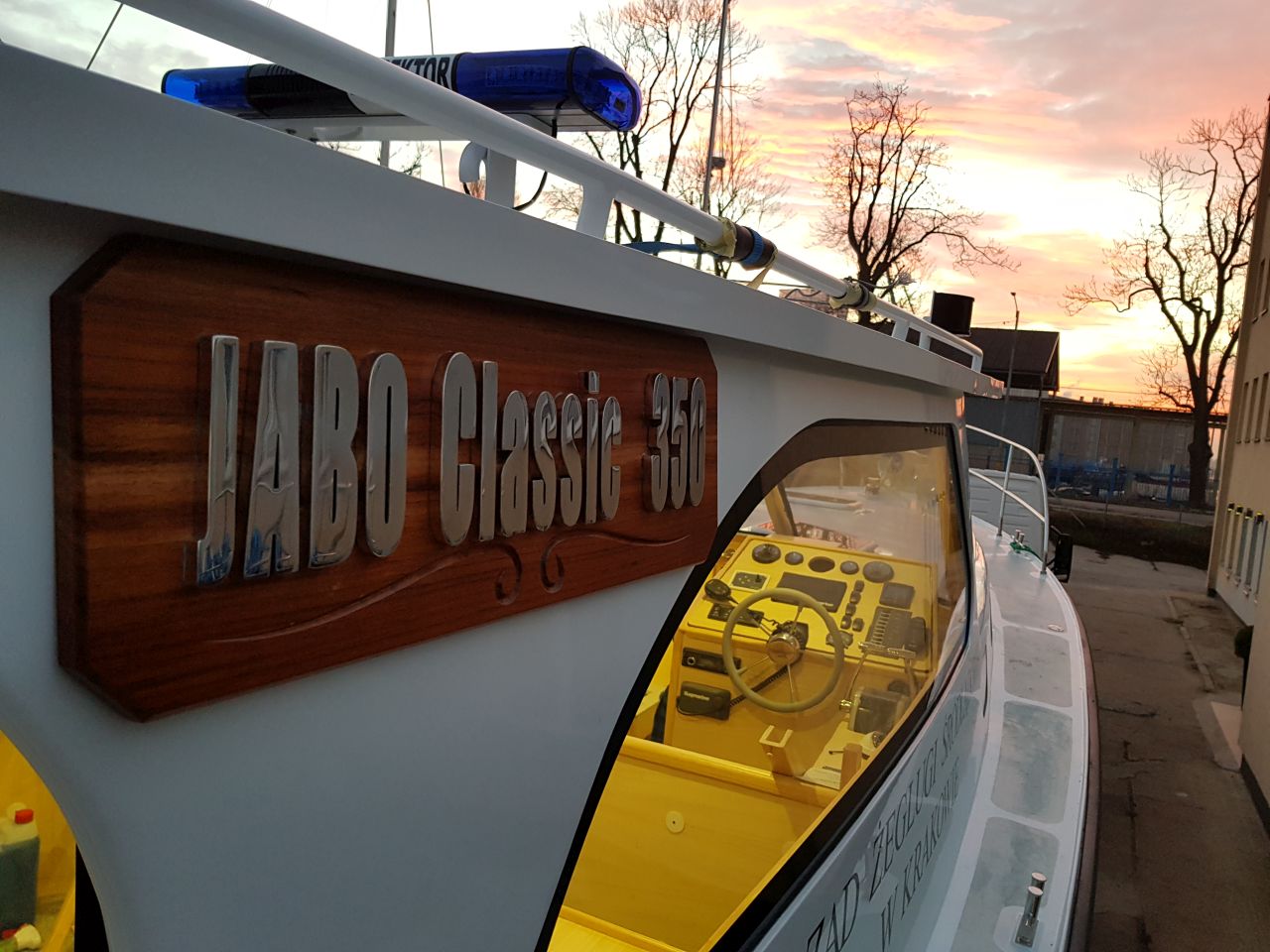 Jabo from Gdańsk has been on the market for several years. The shipyard offers luxury sailing and motor yachts as well as fully equipped passenger ferries. The president of Jabo talks about the company's recent activities. And there are quite a few of these. – Above all, however, we want to act comprehensively – says president Paweł Wierzchowski.

Although the shipyard specializes in the production of yachts, it is also active in the passenger ship market. This is evidenced by the construction of an aluminum tower weighing over 12 tons for German shipyards. The tower was a part of aquapark on a cruise ship. Its height was 11 meters, and the span was nine. The construction took half a year.

– We made a tower for an aquapark on the Costa Smeralda ship for Meyer Turku and successfully installed it on a vessel in a shipyard in Finland – says Paweł Wierzchowski, president of Jabo. – The assembly operation itself took two weeks.

Jabo has also built a yacht for the Inland Navigation Office in Bydgoszcz. His christening took place in April.

– The contract concerned the delivery of an inspection unit according to our Jabo Classic 350 design – says the president. – This is the third such unit and it's a very successful project. Previous ones were meant for Krakow and Warsaw. Our project was very well received and we got a lot of positive feedback.

Despite the difficulties caused by the pandemic, the shipyard does not complain of boredom. Recently it won a tender for the Maritime Office in Gdynia.

– This is part of a much larger investment involving the deepening of the approach fairway to the Northern Port in Gdańsk. Our task is to provide and arrange navigation markings on the water – explains Paweł Wierzchowski. – We have already started the work – he informs.

The president of Jabo emphasizes that the company, although it has specific specializations, does not limit itself to other areas.

– We want to act comprehensively not only in the construction of steel and aluminum yachts. We often take literally tailored orders that others do not want to undertake – he says. – We are also interested in cooperation in the field of research.

Jabo has already done such activities. This includes the construction of a tow structure for the Maritime Technology Center in Gdynia.

The company also implemented two projects with the Gdańsk University of Technology. The first concerned Urban Baltic Industrial Symbiosis and at that time Jabo worked closely with the Faculty of Chemistry of the university.

– We made a structure according to a design by scientists from the University of Technology, equipped with very extensive sensors for recovering heat from exhaust gases – says the president.

The second project, carried out with the same department of the Gdańsk University of Technology, consisted in the modernization of the research unit, floating laboratory called „Photon”.

Jabo experts also worked on the repair and modernization of buoys for measuring atmospheric conditions in the Baltic Sea for the Institute of Meteorology and Water Management.

Presence in the offshore industry is no stranger to Jabo bosses.

– We have been operating on the offshore market for a long time. We provide specialized containers of steel or aluminum structure for clients from Norway. They are used for gas bunkering – explains the president and adds that the presence in the offshore industry is a pure necessity today, even if it requires some adaptation of its activities to it.

Let us add that the containers are certified by the DNV classification society.

Jabo, as contractors of aluminum structures, also work for clients from the south of Poland.

The head of the company emphasizes that 90 percent of these are manufactured for the needs of the offshore market.

– When it comes to the development of offshore wind farms, we also see our participation in building fast, fully equipped units needed to transport staff or service technicians to the farms. We are talking about units up to 24-30 meters long. To this should be added the construction of structures standing at sea where the service lives. Aluminum helipads are often built on them. As a contractor, Jabo will be perfect here – assures president Wierzchowski.

Let us add that recently the company has also signed a contract for the supply of a catamaran for transporting people for a client from Wadowice. The drive of this unit will be diesel-electric, while its length will be 12 meters, and its width – 4. The significant development of the company was also influenced by the introduction of quality procedures in accordance with ISO EN1090-2, ISO EN1090-3 as well as ISO 3834-2 and ISO 3834-3 . These certifications will allow Jabo to execute orders in the land industry.