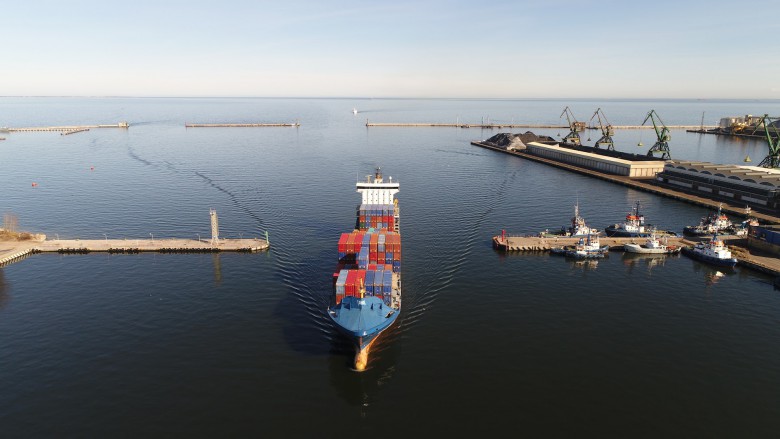 The COVID-19 pandemic caused by the SARS-CoV-2 virus, commonly referred to as coronavirus, has not only had a dramatic effect on the private lives of millions of people globally, but is also affecting the economy – both on the international level and the level of every country battling the outbreak. Already, large numbers of entrepreneurs, regardless of the forms of their business activity, have begun to suffer the consequences of the bans imposed by their governments in order to prevent the virus from spreading.

For the above reasons, at the turn of March and April Poland’s government introduced regulations aimed at providing financial support to businesses affected by the economic consequences of the pandemic. The regulations are known under the umbrella term of the ‘Anti-Crisis Shield’ and provide for a number of forms and amounts of assistance, the availability of which depends on the form of business activity in question, the number of employees, the revenues made and the degree of decline in turnover.

The question that arises, however, is whether the support offered under the Anti-Crisis Shield will be available to foreign entrepreneurs doing their business in Poland directly or through a branch office or as part of a company with foreign capital participation?

The entrepreneurs that are eligible for this support package are: a natural person, a legal person or an organization without legal personality that however enjoys legal capacity attributed to it under a separate Act of law, provided they carry out business activity.

As for the rules for foreigners undertaking, carrying out and concluding business activity, these are specified in the Act on the Rules for Foreign Entrepreneurs’ and Other Foreign Persons’ Participation in Trade in the Territory of the Republic of Poland.

As a rule, natural persons (as long as they are EU citizens) can undertake and carry our business activity within the territory of Poland under the same conditions as Polish nationals.

A similar situation applies to the nationals of non-EU member states who can undertake and carry out business activity within the territory of Poland under the same conditions as Polish nationals. In this case, however, their eligibility for the aid is contingent upon satisfaction of a number of conditions associated with their residence status in Poland (possession of a permanent residence permit, refugee status, a long-term resident’s EU residence permit, etc.).

Lastly, the other of the aforementioned foreigners can undertake and carry out business activity only in the form of a limited partnership, a partnership limited by shares, a private limited company and a public liability company, or join such partnerships/companies and acquire or purchase stock and shares in them, unless international agreements provide otherwise.

Therefore, if they comply with the aforementioned conditions these foreign entities will be eligible for the financial assistance offered by Polish authorities in connection with the economic consequences of COVID-19.

The situation of foreign entrepreneurs running their principal business outside Poland is somewhat different, though. They can do business in Poland (secondary establishment) exclusively in the form of a branch office. This is a matter of significance when determining whether one is eligible for the support package under the Anti-Crisis Shield, since a foreign entrepreneur does not acquire the Polish entrepreneur status just by setting up a branch office in Poland. Thereby, such entities will not be eligible for the Polish support package.


Below is a selected list of solutions available to foreigners doing business within the territory of Poland and employing other persons under employment contracts, mandate contracts, or contracts for specific work.

An entrepreneur affected by the economic consequences of the coronavirus pandemic may apply for exemption from payment of, inter alia, social and health insurance contributions between 1 Mach and 31 May 2020. This relief is designed for those who had by 1 February 2020 been registered as contribution remitters and who had by 29 February 2020 registered for insurance between 10 and 49 of their employees.

This exemption is granted at the contribution remitter’s request that must be submitted to the Social Insurance Institution (ZUS) by not later than 30 June 2020.

2. Subsidies to wages and part of wage costs, and to the social insurance contributions due on these wages.

Additionally, employers can count on receiving subsidies to their employees’ wages. Eligibility for such co-financing has been made contingent on the employers suffering a decline in turnover caused by COVID-19:

In the event of sustaining a decline in turnover caused by economic downtime, the employer will pay to such an employee a wage reduced by a maximum of 50%, but not less than the minimum wage. During the downtime, the employer is to receive a subsidy to the wage amounting to 50% of the minimum wage and, additionally, to the social insurance contributions, such making a total of PLN 1,533.09.


Moreover, wages may also be subsidized where the employer has reduced the working time in connection with the decreased turnover. This is so, because as a result of the coronavirus pandemic the employer is allowed to reduce the given employee’s working time by 20%, although to not less than 0.5 full-time equivalent, provided that the wage may not be lower than the Polish minimum wage.

With a reduced working time, the subsidy will be anywhere up to 40% of the average monthly wage from the previous quarter announced by the Head of Główny Urząd Statystyczny (Statistics Poland) and, additionally, of the social insurance contribution, which presently makes a total of PLN 2,452.27.

Beside the subsidy to wages, the employer may also apply for subsidies to part of the cost of such wages. Eligibility for this instrument has also been made contingent on a decline in turnover resulting from economic downtime or from a reduced working time. In this case, the degree of the decrease in turnover is calculated as a ratio of the total turnover from any two consecutive calendar months after 1 January 2020 until the day before the date of the request to the total turnover from the same two consecutive calendar months from the previous year.

If the turnover s by at least:

The loan amount is PLN 5,000 and carries a fixed low annual interest rate. The repayment period is 12 months, with the grace period for principal being three months of the date of the loan.

There is an option for loan and interest remission. The eligibility criterion is defined as continuing business operations for three months after the date of the loan.

4. Financial support from the Industrial Development Agency JSC (the ARP)

This support instrument is designed for every entrepreneur, provided that the aid is necessary for the business to survive and continue its operation where it is threatened by the economic consequences of the bans and restrictions imposed on the enterprise for the purposes of preventing, countering and combatting SARS-CoV-2 infection and the spread of the disease caused by the virus.

This financial support is to be interpreted as any form of reimbursable financial assistance instruments, particularly loans, guaranties and other instruments the subject-matter of which is to finance business operations. It will be granted by the Industrial Development Agency JSC at the entrepreneur’s request describing its difficult situation, i.e. declined turnover resulting from COVID-19 understood in the same manner as in the case of subsidies to employee wages. The amount and type of aid will depend on the actual financial consequences suffered by the entrepreneur as a result of the announcement of the state of epidemic emergency or the state of epidemic, and on the scale of the business activity.

The aid is to be provided on the basis of an agreement, the conclusion of which will be contingent on the entrepreneur lodging an appropriate security.

The government has also proposed an aid program for businesses to be carried out by the Polish Development Fund. This tool is available to every enterprise – micro, small, medium-sized and large alike – and the total worth of the program is to be PLN 100 billion.

The form and degree of support are to be dependent on the size of the business. The aid for micro, small and medium-sized enterprises is to be in the form of subsidies distributed through the agency of banks. The one-off amount of the aid may not exceed PLN 324 thousand for microbusinesses, and PLN 3.5 million for small and medium-sized enterprises.

Eligibility for support from the Polish Development Fund is earned by fulfilling uniform conditions, namely: business activity conducted as at 31 December 2019, no tax or social insurance arrears as at 29 February 2020, the need for the beneficiaries to have actual tax residence in Poland, and the need for them to have settled their taxes for the last two fiscal years in Poland.

Currently, the Financial Shield program is being notified to the European Commission and awaiting acceptance.

It appears that in such difficult times as the economy has come to face entrepreneurs have been given a choice of forms of financial support that at least to some degree should be able to compensate for their economic losses. The same applies to foreigners carrying out business activity within the territory of Poland.

Time and practice will tell whether the financial support solutions introduced by the new legislation will indeed fulfil their purpose as aid tools.