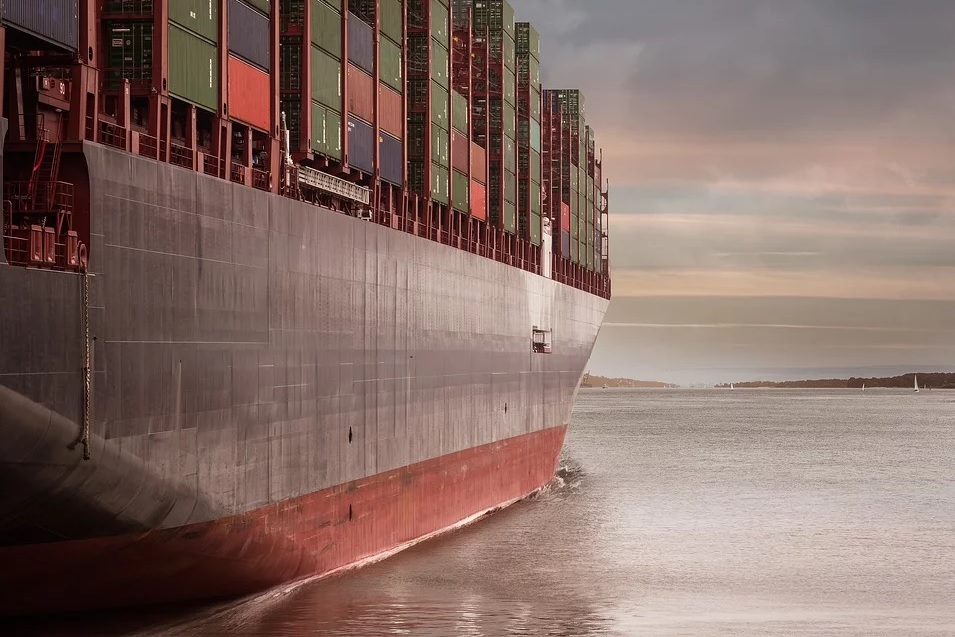 Almost ten years after the rules of the International Chamber of Commerce (ICC) became available for the use in domestic and international trade terms - Incoterms 2010, the rules for applying the principles defining the conditions of sale of goods were modified as Incoterms 2020. The effects of ICC work do not bring revolution, but they are a creative development of well-established and proven in practice solutions facilitating and civilizing international trade in goods.

The International Chamber of Commerce (ICC) - the largest of its kind in the world, was established in 1919. It is an international non-governmental organization associating entrepreneurs from over one hundred countries in the world, whose primary goal is to make efforts to promote and develop a free market and the free movement of capital. The scope of activities of ICC includes, among others establishing rules and principles accompanying the sale of goods and transport of goods, taking into account current legal regulations and economic conditions existing on world markets.

The beginnings of establishing trade clauses known as Incoterms date back to the pre-war period. Since then, they have been subject to subsequent updates aimed at ensuring their widest possible application in trade between entrepreneurs.
It is not surprising, therefore, that almost a decade after the publication of the last set of rules (known as Incoterms 2010), ICC has made efforts to release the next version of its rules. The goal guiding the establishment of Incoterms 2020 rules was specified long before the end of work by a specially appointed committee. The idea behind the new publication has become better ordering, ensuring consistency and coherence between trade rules - in such a way as to better position them in dynamically changing economic conditions. The practice of business partners (developed over the years), and the expectations of external entities, even those indirectly involved in the process of international exchange of goods (e.g. banks or insurers) were also taken into account.
Given the above, it is not surprising that Incoterms 2020 is not transforming the existing rules in a significant or revolutionary way. Instead, they are an expression of systematic tracking of changes in relevant markets and a response to the circumstances revealed in everyday trading practice.

Incoterms 2010 rules applied so far included eleven consecutive rules defined as the following abbreviations: EXW, FCA, CPT, CIP, DAT, DAP, DDP, FAS, FOB, CFR, CIF. They are described in official publications of the International Chamber of Commerce in that order.
Incoterms 2020 maintains the existence of another eleven rules used in domestic and foreign trade, slightly transforming their order and designation. In this way, ICC offers entrepreneurs the following distinction:

It follows from the above that the order of the rules proposed by ICC has changed: in Incoterms 2020 the DAP rule was placed earlier, before the previous DAT rule, while at the same time the DAT rule itself was transformed into the rule denoted by the abbreviation DPU.
DPU rule

The DPU (Delivered at Place Unloaded) rule does not create a completely new or previously unknown rule. Therefore, this rule should not cause any trouble in its application by entrepreneurs or persons whom this entrepreneur uses, who are familiar with the characteristics of the DAT rule, its practical meaning and application. The change of name and abbreviation used is intended to emphasize that the terminal is not the only appropriate place for the delivery of the goods/shipment; there is no doubt that the destination should have such properties that the delivery and unloading of the goods are possible. Thus, the DPU rule can still be successfully applied to all modes of transport (road, rail, air, sea). The moment of transfer of risk from the seller to the buyer remains the moment when after unloading the goods it is put at the disposal of the buyer. The seller checks the goods for export (still). There is also no doubt that the removal from the rule of the term "delivered to the terminal" does not diminish the need to specify in detail the place where the goods are to be delivered.

The level of insurance protection under the CIF and CIP rules

Attention should be paid to the issue of ensuring an adequate level of insurance protection concerning the rules applicable to the transport of goods, including the use of sea transport. This problem has been modified by Incoterms 2020. Referring to the previous CIF rules, Incoterms 2010 stipulated that the seller should at his expense obtain insurance for the transported load by concluding an appropriate agreement with an insurance company or insurance company, which agreement would entitle the buyer or another interested person to direct claims for damages from the insurer. In the same rule, we also found a provision according to which "cargo insurance" should correspond at least to the "minimum cover provided for in the Institute Cargo Clauses (LMA / IUA) or any similar clauses." A similar principle, stating the default assumption of the level of coverage specified in Clause "C", was also encountered in the CIP rule (which could be used without any problems in any kind of transport).

The Incoterms 2020 rules modify the rules described above, adopting a different way of establishing the basic level of insurance coverage in force. As a consequence, the "C" Clause for the CIF rule and the "A" Clause for the CIP rule have been set as basic, though may be modified if the parties so agree.

As a side note, it should be recalled that the Institute Cargo Clauses are universal insurance conditions that can be used in maritime as well as road, rail and air transport. It should be noted that the widest protection is described in "A" clauses, while "C" clauses have only a limited level of insurance protection.

Modification of the FCA rule

The changes also did not bypass the FCA (Free Carrier) rule. Incoterms 2010 in the part describing the obligations of the seller ("Delivery Document") stipulated that the seller is obliged to provide the buyer - and to bear the cost of simple proof that the goods were delivered under the FCA rule of delivery. Besides, the seller was obliged to assist the buyer in obtaining the relevant transport document.
Incoterms 2020 supplements the above remarks with an indication that in a situation in which the buyer instructed the carrier to issue to the seller a transport document stating that the goods were loaded (bill of lading with the annotation "on board"), the seller is obliged to provide the buyer with such a document. Similarly, the buyer is required to provide the carrier with the above-mentioned instructions, if this results from the parties' agreements. These elements may take on special significance in cases where the parties to the contract of sale, or a third party (usually a bank) requires the issue of a sea waybill/cargo certificate containing the “on board” notation.

Further changes to the Incoterms rules

Incoterms 2020 provide for a number of minor changes, which - as already indicated - usually serve for additional clarification of events and circumstances that could have been used before, on the basis of Incoterms 2010 (e.g. determination by the parties that the transport will take place using their own means transport, and not with the participation of a third party - the carrier, even if using FCA or DAP rules).
The official ICC publication dispelled doubts about the alleged removal of some of the existing rules such as DDP, FAS or EXW. There was also no division of the FCA rule into rules regarding the delivery of goods by land and sea. The formulation of new solutions and the replacement of existing rules with new ones was abandoned (apart from the issue of transforming the DAT rule into DPU, although it is de facto a change in its definition/name). In particular, ICC has not included in its solutions - appearing in some announcements - the rule of CNO (Cost and Insurance) to "fill" the space between the FCA and CFR and CIF formulas.

Summarizing, it should be emphasized that the changes introduced by Incoterms 2020 are typically evolutionary, far from rapid changes and transformations concerning the previous rules - proven and widely used formulas in commercial practice. The solutions adopted by the ICC should be positively evaluated in this context. The effect of the work of the International Chamber of Commerce are mechanisms that reflect the voice of practitioners and experts, taking into account changes in markets that have occurred over the last decade. For this reason - as well as due to improved solutions in the way of presenting individual rules - it is recommended that practitioners and interested entrepreneurs become familiar with official ICC publications.

At the same time, in the event of disputes or significant doubts arising from contracts concluded, including those involving references to Incoterms rules, a detailed legal analysis of the case should be recommended.