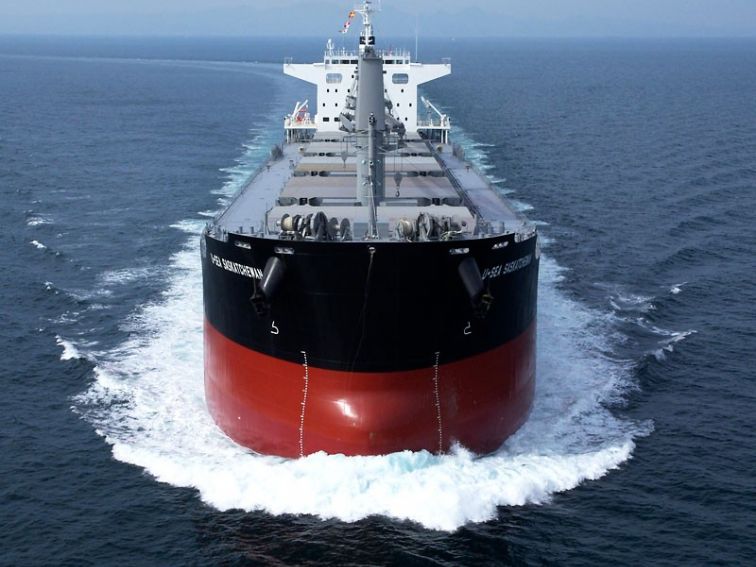 At first, it has to be emphasized that no regulations concerning abolition or limitation of tax advances have been amended in 2018; therefore, seafarers and persons employed abroad who are Polish tax residents should continue to verify their tax situation in terms of their tax obligation in Poland, the obligation to pay advances on PIT, and the option to use tax abolition in 2018.

The tax liability with respect to Polish seafarers originates in Poland, among other, with respect to revenue generated from an activity as an employed person on a ship operated in international shipping by an enterprise with the actual management in, among other, Norway, Singapore, Saudi Arabia, Qatar, Egypt, Australia, Brazil, Nigeria, Malesia, and other states, where the method of proportional deduction is applied.

The possibility of using the method of proportional deduction and the fact that a state is not included on a list of tax havens authorizes every seafarer or person who works abroad to apply a so-called abolition allowance provided for in art. 27g of the Act on personal income tax.
The performance of work according to the above-mentioned employment model involves the necessity of making monthly payments of advances on personal income tax and the requirement to account for a year with a tax return. For the year of 2017, it will have to be submitted to the competent Tax Authority (US – Urząd Skarbowy) until 30 April 2018. If a taxpayer does not intend to pay advances, due to the application of the so-called tax abolition, he/she can submit an application for limiting the collection of advances on tax under art. 2 § 2a of the Act on Tax Ordinance.

The MLI Convention, which will very likely change the tax situation of seafarers working, among other, for owners with their actual management in the United Kingdom, New Zealand, Ireland, Japan, and Greece, introducing the obligation to account for revenue in Poland while using an option of an abolition allowance in Poland, is not applicable yet.

It is worth remembering that pursuant to art. 34 of the MLI Convention, the Convention will enter into force on the first day of the month following the expiration of the period of three calendar months beginning on the date of deposit of the instrument of ratification (or the document of acceptance or approval) by the fifth state. Nevertheless, with respect to a specific agreement on the avoidance of double taxation, MLI will come into effect after both parties of an agreement sign MLI and carry out ratification and other procedures required by domestic law of the state that joins the Convention.

On 19 October 2017, the Senate unanimously adopted the Act on ratifying the Convention, which will have a major impact on the tax situation of seafarers with Polish tax residence who work for foreign shipowners.

The Ministry announced that ‘MLI is to effectively counteract aggressive tax optimization on an international scale. OECD expects that first amendments to tax agreements will come into effect at the beginning of 2018 (due to the necessity to carry out ratification and other procedures required by the domestic law of states that join the Convention). However, changes that stem from the Convention will apply only from the calendar year following the ratification or even later’.

From the practical point of view, the most important issue for seafarers who are Polish tax residents is to determine a deadline for filing an application for limiting the collection of advances. The application is to be submitted before a due date of the first advance on tax, namely:

The former option is to be applied if upon crediting salary on a bank account a seafarer remains at home. However, if at the time of crediting the first salary a seafarer is embarked on a ship, the maturity date of the first advance expires on the date indicated in the second option.

As regards documents and justification of an application for limiting the collection of advances on tax in order to secure one’s tax situation, it is recommended to use the assistance of a professional attorney who holds licenses of a legal advisor or tax consultant, because there are many a tax authorities in Poland that make it difficult for taxpayers to obtain positive decisions with respect to limiting the collection of advances, albeit without any justification.

Seafarers employed on ships managed by enterprises with management located in a state whose relationships are subject to the application of the proportional method of deduction are obliged to account for their revenue in a tax return for 2017, even if it were their only revenue in a tax year.

If seafarers have obtained revenue only from work for the above-mentioned enterprise, the amount of an abolition allowance due to be deducted equals the amount of calculated due tax, which leads to ‘zeroing’ the tax liability in Poland.

However, in a situation where a seafarer, in addition to the above-mentioned revenue, obtains revenue from work on a ship operated in international shipping by an enterprise with the actual management in a state where the method of exclusion with progression is applied, the revenue will not be subject to tax in Poland, but will affect the value of an interest rate applied to revenue, for example from Norway, which finally, after deducting tax abolition, results in the payment of the difference of the calculated tax in Poland.

The same holds true for revenue generated in Poland or from work on a ship managed from a state that has made an agreement that provides for taxation in a seafarer’s place of residence, e.g. the Netherlands; the combination of such revenue also results in the liability to pay taxes in Poland (after deducting the abolition allowance).

The tax-free amounts are to be also noted here, e.g. per diems and other deductions that are guaranteed in applicable tax regulations.

Since 2018, the obligation to submit annual tax returns for all Polish seafarers in Poland

Due to the fact that there is some unconfirmed information in the community of seafarers, namely that in 2018 every seafarer will be obliged to submit annual tax returns in Poland, it has to be explained as follows:

On 31 October 2016, the Minister of Development and Finance issued the general interpretation No. DD10.8201.1.2016.GOJ concerning the application of the allowance mentioned in art. 27g of the Act on personal income tax to seafarers who have their place of residence in Poland and generate revenue from employment on sea-going ships operated in international shipping in the meaning of agreements on the avoidance of double taxation; the interpretation indicates explicitly that ‘a seafarer who resides in Poland and generates revenue from employment on a sea-going ship operated in international shipping and whose revenue, according to the agreement on the avoidance of double taxation, can be taxed in the other state, but in fact is not taxed due to detailed solutions of domestic law, and such revenue according to the applicable agreement is subject to the application of the method of proportional crediting, is authorised to account for tax in Poland on terms and conditions set forth in art. 27(9) and 9a of the Act; consequently, a seafarer is entitled to use the allowance mentioned in art. 27g of the Act on terms and conditions set out therein.

Even though the issued general interpretation of the Minister of Development and Finance is honoured by Tax Offices, unfortunately some tax authorities in many cases still refuse seafarers to limit the collection of advances on tax due to no substantiation of conditions that enable the reduction of advance collection.

In the tax year of 2017, some Tax Offices, while examining cases of seafarers who applied for the limitation of advance collection, groundlessly dismissed the statements supplied by seafarers, for example from the Log Book, certificates issued by a Captain in the form of the list of ports or entries in the seaman’s book that indicated the ports of embarkation and disembarkation of a seafarer (even though a seaman’s book is an official document). Negative decisions with respect to limiting the collection of advances were issued based on the printouts of online portals, which are kept either by private entities or by seafarers and are not a source of reliable knowledge about ships or their owners and ship operators. Authorities often used data from the AIS system installed on private online portals, which is free in the demo version, rarely updated, and contains residual information about ship traffic.

It is also worth indicating that, unfortunately, some tax authorities continue to belittle registration documents of a ship, ship certificates, and, for example, information about ship’s charter, doing so groundlessly and against the regulations that govern issues related to ship certification.

Therefore, it is hard to anticipate how Tax Authorities (in particular in Pomerania) will apply the above-mentioned regulations in 2018, because new interpretations and ‘practices’ of applying the same regulations appear every year.

Negative decisions with respect to limiting the collection of advances and the right to tax abolition.

Based on the above-mentioned improper practices of certain tax authorities, which have no justification in regulations, documents, or the actual status of cases, in 2017 tax authorities in many cases issued negative decisions with respect to limiting the collection of tax advances.

It is also noteworthy that despite numerous summons from tax authorities in Pomerania and Szczecin to seafarers who have used the abolition allowance to revise their PIT for previous years, there has been no tax collection from a seafarer due to the refusal of tax abolition with respect to seafarers who were accounted for and represented by our Law Firm.

As of today, there are no bills amending the Act on personal income tax with respect to the right to tax abolition or the limitation of advance collection.
It is still difficult to say when the MLI Convention will come into effect, but most probably in 2019.

Owing to the general interpretation by the Ministry of Development and Finance, administrative courts have changed their position with respect to the right to abolition allowance.

Unfortunately, there are still persistent refusals to limit the collection of advance payments by some tax authorities in Poland, which seems to be an action aimed at discouraging seafarers and other taxpayers working abroad and entitled to use the abolition allowance in Poland from submitting applications for limiting allowance collection. It needs to be recalled again that if a seafarer entitled to an abolition allowance pays advances on PIT in a calendar year, the reimbursement of the allowance may take place even after a few years.

We keep recommending the submission both of applications for limiting the collection of advances and tax returns with respect to states where the abolition allowance in Poland applies. This recommendation results also from the more intense exchange of tax information between the Polish tax administration and foreign tax administrations, e.g. with Norway. As a result, every year a larger group of seafarers are summoned by Polish Tax Offices to explain their tax situation in Poland.

To secure their legal interests, we recommend taxpayers to use the assistance of a professional attorney holding required qualifications within the above-mentioned scope.