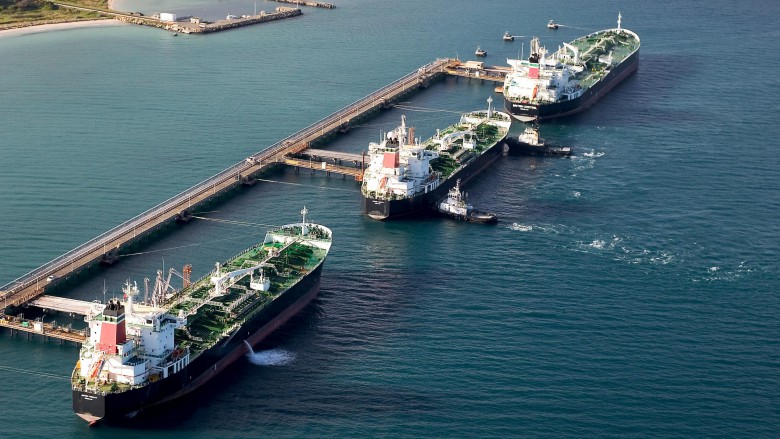 Almost a decade since the entry into force of the INCOTERMS 2010, the International Chamber of Commerce (ICC) has made public a statement in the field of INCOTERMS upcoming amendments. The draft, which is the crowning achievement of a hundred years of ICC's work, aims to reduce interpretation problems, including compliance with the Union's Customs Code.

The expected date of publication of INCOTERMS 2020 is the last quarter of 2019, however, according to the ICC's statement, the regulations are to enter into force from January 1, 2020. For the first time, the ICC's Committee of Experts included the Chinese and Australian representatives. Their presence had a significant impact on the final shape of regulations.

The main purpose of this article is to present the draft amendments and proposals for the practical application of the INCOTERMS 2020.

ICC's justification for the INCOTERMS 2020

INCOTERMS rules are a risk and cost-sharing line in international commercial relations. What is particularly important, INCOTERMS - depending on the selected transport conditions - specify the moment of transfer of responsibility for the goods and ultimately indicate the entities responsible for all formal activities, such as covering export/import costs or custom duties.

As indicated above, the paramount goal of the amendment is reducing the interpretation field of the currently applicable INCOTERMS 2010 provisions.

The ICC's Committee of Experts is considering DDP, FAS and EXW rules removal. The main reason is non-compliance of DDP and EXW rules with Union's Customs Code.

The DDP rule in its present shape generates some interpretive problems due to the fact that the customs duties in the importing country are paid by the Exporter (Seller), irrespective of the place of delivery.

Bearing in mind the above-mentioned reason, the ICC's Committee of Experts is considering creating two new INCOTERMS rules. In both cases, the Exporter will be responsible for all formalities and costs incurred in connection with import customs clearance. If the Exporter decides to apply the new DTP (Delivered at Terminal Paid) rule, then the goods will be delivered to the selected terminal in the country of import. If the DPP (Delivered at Place Paid) rule - to the specific place of destination chosen by the parties.

The intended aim of the INCOTERMS 2020 is to establish a set of four mutually complementary rules:

In the light of the proposed amendments, the INCOTERMS FAS rule will be probably repealed. In its case, the members of the Committee point to the similarity to the FCA and FOB rules and as a result - marginalization of FAS's importance in global transport.

The removal of EXW rule means roughly that each time the Exporter will be obliged to clear the goods for export and to hand over the goods to the carrier indicated by the importer.

The FCA rule is one of the most commonly used INCOTERMS and represents almost 40% of international commercial trade operations. The FCA (Free Carrier) rule is marked by her versatility - she may be used in multimodal transport. At this point, it should be mentioned, that during the transport on INCOTERMS FCA terms, the exporter undertakes to surrender the goods to the carrier indicated by the importer. The INCOTERMS 2020 project envisages the establishment of two new FCA-based rules - one of them will refer to land deliveries, the second one to maritime transport.

It is highly probable, that the INCOTERMS 2020 family may welcome a new member - the CNI rule (Cost and Insurance). The new rule is meant to fill the gap separating the FCA and the CFR and CIF rules.

Similarly to the other INCOTERMS rules from the "C" group, during the transport on CNI terms, the risk and responsibility will be transferred from Seller to Buyer at the time of departure from the port. The new rule will likely allow the seller to bear responsibility for cargo insurance, while the buyer takes charge of the risk of transportation.

Other changes in INCOTERMS 2020

Apart from the changes mentioned above, the ICC Committee simultaneously analyzes international transport-related issues. The "other issues" shall be understood as e.g. transportation security, regulations on transportation insurance, and the relationship between INCOTERMS rules and the International Sale Contract.

The main goal of the INCOTERMS 2020 project is to facilitate interpretation of the leeway provided by legislation, but the new rules shall not be seen as an instrument for flexibilization. Moreover, the new regulations may ensure consistency of the international regulatory system. The expected date of publication of INCOTERMS is the last quarter of 2019, however, according to the ICC's statement, the regulations are to enter into force from January 1, 2020.