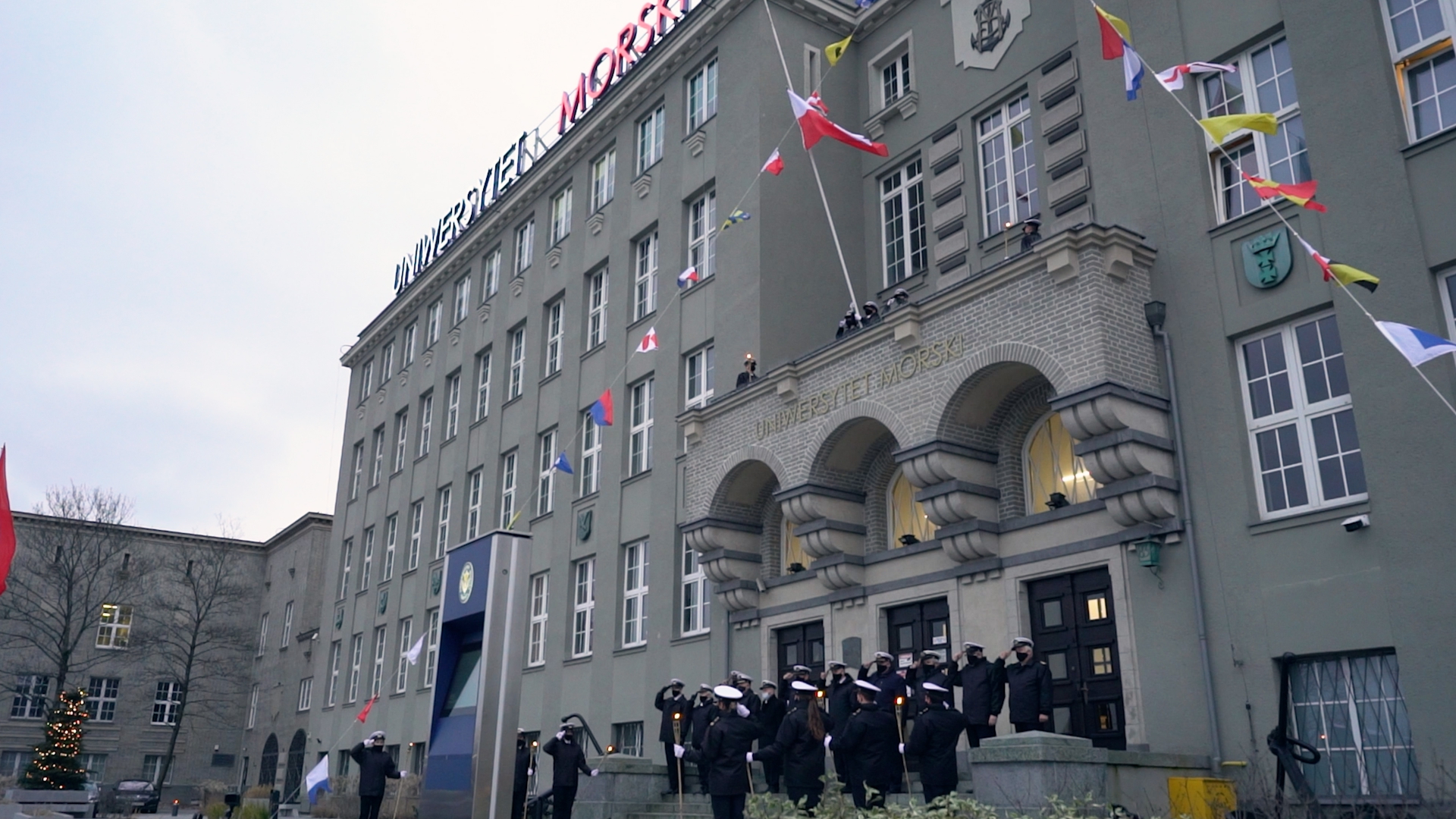 Its name and location have changed over the years. However, all this time he had one goal in mind - serving the Polish sea. Gdynia Uniwersytet Morski ( Maritime University) is celebrating! On December 8, exactly one hundred years of the university's operation passed. On this occasion, a series of celebrations took place in the city and at sea.

Its name and location have changed over the years. However, all this time he had one goal in mind - serving the Polish sea. Gdynia Maritime University is celebrating! On December 8, exactly one hundred years of the university's operation passed. On this occasion, a series of celebrations took place in the city and at sea.

The Maritime University has one hundred years of experience in educating Polish maritime personnel. However, after graduating, you can work not only at sea, but also on land. University is exactly 100 years ago. During these one hundred years, the university has educated over 30,000 graduates - captains, merchant navy officers, sailors, engineers, scientists, politicians and entrepreneurs.

It all started in 1920 with the State Maritime School in Tczew. Ten years later it was transferred to Gdynia and stayed here. During World War II, on the initiative of the employees of the Maritime School, maritime education was organized abroad - in Great Britain. In 1945, the school and education in Gdynia were reactivated. From 1969, it operated under the name of the Higher Maritime School, and in 2001 it was renamed the Maritime University. Two years ago, in 2018, university received the rank of the Maritime University. In 2019, the Maritime Institute was incorporated into the university's structures. Thus, the university not only gained university status, but also expanded its research areas with projects for wind energy. Research related to the development of offshore wind farms or offshore energy installations is a major part of the Institute's activity.

On Tuesday, December 8, a series of celebrations is planned to mark the centenary of the university. The celebrations were attended by the President of Gdynia, Wojciech Szczurek, and Joanna Zielińska, chairwoman of the Gdynia City Council.

- Exactly one hundred years have passed since the Maritime University started its operation, and it was one hundred years of beautiful history at sea with many educational challenges. There were storms and storms, but the sun always came out after them. The university plays an important role in Gdynia's life. This is the pride of our city. It fits into its history and develops with it. Each year, masses of students gain knowledge and experience within its walls. It is a reason to be proud for all Gdynia inhabitants that it is in our city that excellent seafarers are trained. On the occasion of the jubilee, I wish that the university will continue to go "all the way forward" and always choose a course that will ensure an even better quality of education - says Wojciech Szczurek, Mayor of Gdynia.

The celebration took place, of course, in compliance with all safety rules and sanitary regime. The celebration began in front of the university's main building at ul. Morska 83, where the national anthem was officially played and the flag was raised. Then the participants went to the church of Fr. Redemptorists at ul. Portowa 2. A holy mass was held there. The present and former rectors unveiled a commemorative plaque funded by the Gdynia Maritime University. The next point of the celebrations was the official session of the university Senate. They were organized in a virtual form. However, there were many thanks, awards, decorations and medals awarded to deserving employees, students, graduates and donors.

He added that since 1969 the university in Gdynia has published almost 800 titles, scripts, textbooks and scientific notebooks.

Deputy Minister of Infrastructure Marek Gróbarczyk said that the Polish maritime education system is highly appreciated in Poland and in the world.

"Everything that will happen in the coming years is a great opportunity for the university. The combination and creation of solutions that will be adopted into business in the framework of broadly understood logistics, transport habits and what we are fighting for the most, i.e. the importance of Poland in the international scope, move to business issues, said Deputy Minister Gróbarczyk.

Gróbarczyk thanked the current and previous university authorities for maintaining the high level of maritime education. He stressed that maritime universities are important to the Ministry of Infrastructure.

After the celebrations at the university at the Pomeranian Quay in Gdynia, a Memorial Appeal was held, and wreaths were laid from the deck of the school ship "Horyzont II" in the waters of the Gdańsk Bay.