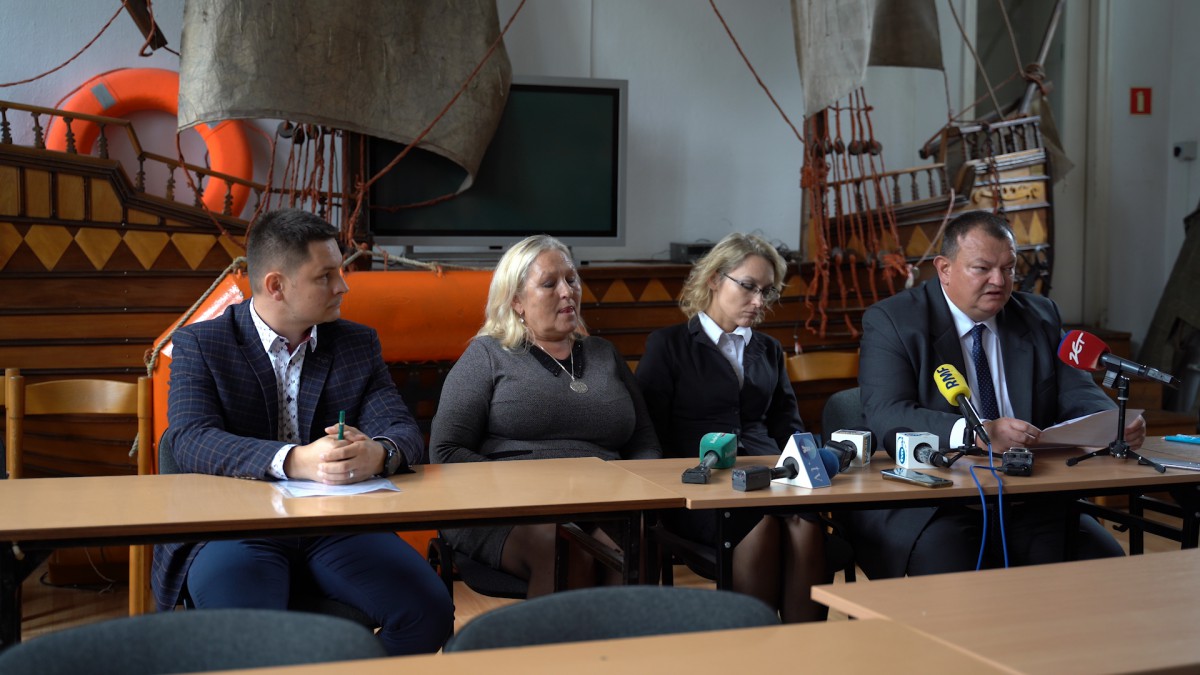 Maritime Education and Training, Crewing
“If there is hell on earth, then my husband is there.

It was supposed to be one of his last retirement cruises. Reality was different. At the end of July, the bulk carrier USB Savannah, commanded by captain Andrzej Lasota, arrived at Altamira, Mexico. During the unloading of coal, suspicious packages were revealed in one of the ship's holds. The Polish captain called in port services and the police, and after searching the unit, it turned out that the packages contain more than 224 kg of cocaine. The entire crew were arrested on suspicion of drug trafficking. To this day, only the Polish captain remains in custody. His family has been going through drama for two months.

"If there is hell on earth, then my husband is there. Really, when I read these letters, when I think about it all, believe me, when we go to bed, we just see the concrete, and when I take a piece of bread in my mouth, I just see these two spoons of rice and pies corn. This is terrible. And it hurts the worst when he tells me, "You can't help me from there, I have to do it myself." And it's just so terrible for me - said Mariola Lasota, wife of the arrested Polish captain, in an interview with journalists.

On Monday, in the Federation of Trade Unions of Sailors and Fishermen in Gdynia, the family of the arrested captain organized a press conference. According to Mexican investigators, the Polish captain is responsible for the fact that the drugs are on board. Nobody tried to explain how they got into the ship's hold, however.

- At the last hearing, which took place exactly three weeks ago, the captain was charged with failing to fulfill his duties, consisting in the fact that the ship he commanded brought into Mexico the prohibited substances, which jeopardized the life and health of Mexican citizens -  said Capt. Piotr Rusinek from INTERSHIP NAVIGATION, a ship management company.

Capt. Lasota is innocent, that is absolutely obvious to his family. During the conference, his relatives referred to a similar situation when the captain of UBC Tokyo was arrested. A German citizen thanks to the quick and firm reaction of the diplomats there, did not go to prison, but was interned in one of the hotels. Despite calls for help in this matter at the Polish Ministry of Foreign Affairs, correspondence with the Chancellery of the Prime Minister, Chancellery of the President and the European Commission, the family of the Polish captain did not receive a response.

Captain Andrzej Lasota has a heart disease. His family is not sure that he is under proper medical care. From the description given by the captain's daughter, we know that he is in custody in tragic conditions.

"The prisoners sleep on concrete, which was lined with cardboard, they had their own shoes behind the pillows, no running water, buckets are used in the toilet. I have information from my husband that there are cockroaches, ants, spiders and rats. The embassy and company provided blankets and food, clothing, books, for which we would like to thank " said Karolina Lasota, daughter of the arrested captain at the conference.

”This is our appeal for an safe conduct for my father that will allow him to be placed in fairly dignified conditions. Unfortunately, as we have described, prison or detention conditions in Mexico are tragic. At the moment we know and have information that they want to transfer him to another prison. It will probably be a state prison. We don't know what he'll find there” the daughter of the arrested captain told reporters.

"Due to the impossibility of proper treatment, I kindly ask you to take all possible efforts and steps to transfer me to the Polish facility in Mexico. If possible, issue a guarantee letter or surety in court. Thank you in advance for the positive consideration of my request "- wrote Capt. Andrzej Lasota.

- We have to support him in this situation and we need to stick together and we try to do it as a family, i.e. as everyone has heard here, we try by all possible means to reach people who will help us - said Jakub Lasota, son of the arrested Polish captain.

The crew of the UBC Savannah vessel consisted of 22 people. In addition to Captain Lasota, there were two other Poles among them - the first officer and welder - and 19 Filipino citizens.

- Two Poles returned to Poland last week, part of the Filipino crew is currently in the center for illegal immigrants in Tampico. They were cleared by the court of the same charges as received by the captain, i.e. neglect of his duties. The court released them, but they were arrested by the migration services because they ran out of their passes and are staying in Mexico illegally, so they will be deported as illegally staying in Mexico - said Capt. Rusinek.

- As for the captain, the court gave the prosecutor's office five months to draw up the indictment and during that time the captain will be in pre-trial detention. Of course, we will do everything we can to get him out of this detention center - assured Capt. Rusinek.

During the conference, the Ministry issued a statement regarding the matter. We read in it, that "The main defender confirmed the inability to release the captain of the ship on bail and issue a" iron letter "for him. (...) On September 17, 2019, the Ministry of Foreign Affairs, guided by humanitarian considerations (the state of health of the captain) and security issues, requested the Ministry of Justice of the Republic of Poland to consider the possibility of submitting to the Mexican side a request to transfer criminal proceedings regarding the captain of the ship to Poland. (...) The Ministry of Foreign Affairs of the Republic of Poland, having regard to the postulates of the family of the Polish captain in custody in Mexico, makes every effort to ensure that his rights in this situation are respected and that actions are taken in accordance with applicable law. "