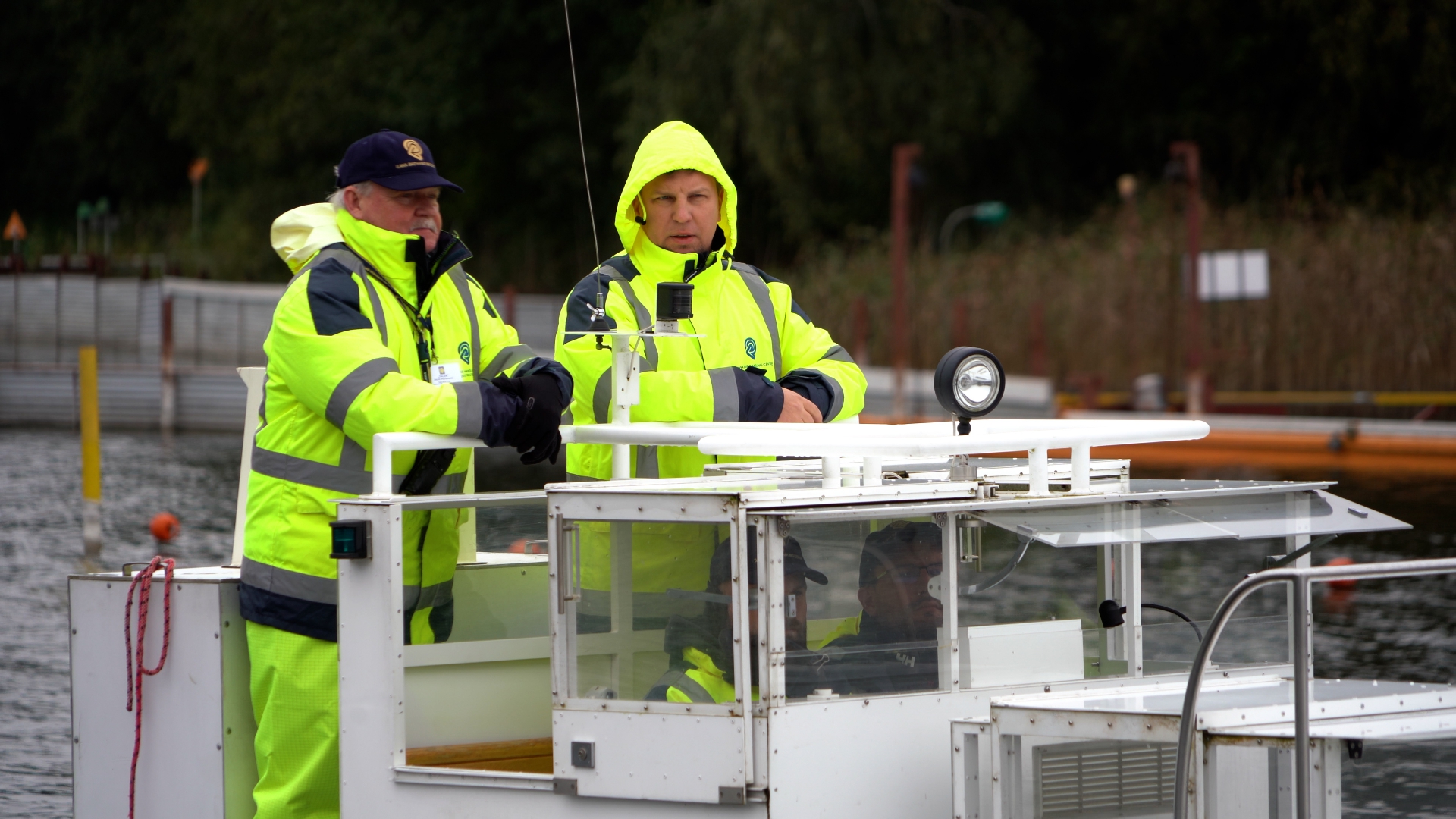 Maritime Education and Training, Crewing
The only such center in Poland. SMT trains employees in an unique place (photo, video)

"It is obvious that no electronic training will be as effective as those in close to natural conditions. That is why we decided to conduct some courses using miniature ships" - says Dariusz Stefaniak, crewing manager at SMT Shipping Poland. With our camera, we visited the Ship Maneuvering Research and Training Center in Kamionka, near Iława. It is the only one in Poland and one of five such centers in the world.

The center near Iława has been training captains for over 40 years and provides knowledge using miniatures of real units. Since 1980, captains, officers and pilots from all over the world have been learning to guide ships through locks, canals and enter ports.For this purpose, mock-ups of ports of various depths, locks, docks, curvilinear tracks, canals, and a river with adjustable current speed were created , shallow water, passage under the bridge, anchorage and many other objects simulating the real reality.

As Captain Jacek Markowski from the training center in Iława told us: "The mock-up on the lake was prepared in accordance with the requirements set by SMT. The first day focused mainly on the organization and familiarization with the models, during the following we will practice mooring operations, entering the port with regulated current speed or going through the airlock ".

The training takes place on small ships (1:24 and 1:16 scale) with unusual names: "Cherry Lady", "Dorchester Lady", "Blue Lady", "Warta", "Szczecin", "Gdynia", "Kołobrzeg" . They have their counterparts in reality; they are exact copies of large units. The power of the (electric) motors was also matched to the models. The conditions for maneuvers on the lake must differ as little as possible from those that the captains will deal with in reality.

"In our center we simulate reality, making the training as realistic as possible. All environmental influences, such as sea currents, are much more felt on board our models than in computer simulators" - adds Jacek Nowicki, director of the center in Iława.

The training reservoirs have been designed to reflect as much as possible difficult maneuvering situations caused by the geometry of the reservoir or the influence of wind and current. Their geometrical characteristics have been selected to emphasize a specific physical phenomenon influencing the ship's behavior, e.g. the wall effect, subsidence, wind drift, etc. On a special request, existing water bodies are mapped, especially burdensome for the trainees, e.g. a passage simulating a fragment of the Suez Canal , Africa Pier, simulating the pier in Kamsara (Guinea) or a simplified mapping of selected quays in Brisbane.

"There are only 5 centers of this type in the world, Iława is one of them. When making the decision to choose a training center, we were of course guided by the distance, but after checking the offer of centers at the Port Revel in France and in Warsash near Southamplon in England, it turned out that Iława is the best. We will train 12 of our employees here during four sessions - in October and November. We hope that it will not be the last training in this place "- adds Dariusz Stefaniak.

As one of the training participants, Captain Jacek Kaszubski, admits: "We are very pleased that we have the opportunity to take part in this type of training in the center of Iława. This is the first time that we have been able to work, for example, with a power generator on the water. It is definitely something for us. I am convinced that it will have a huge impact on improving the quality of our skippers and captains. The conditions for maneuvering ships during our projects in Guinea and those that simulate reality in the water reservoir in Iława are very similar. I am glad that we can improve our skills here. and at the same time I have no doubt that our productivity while working will be much better. "