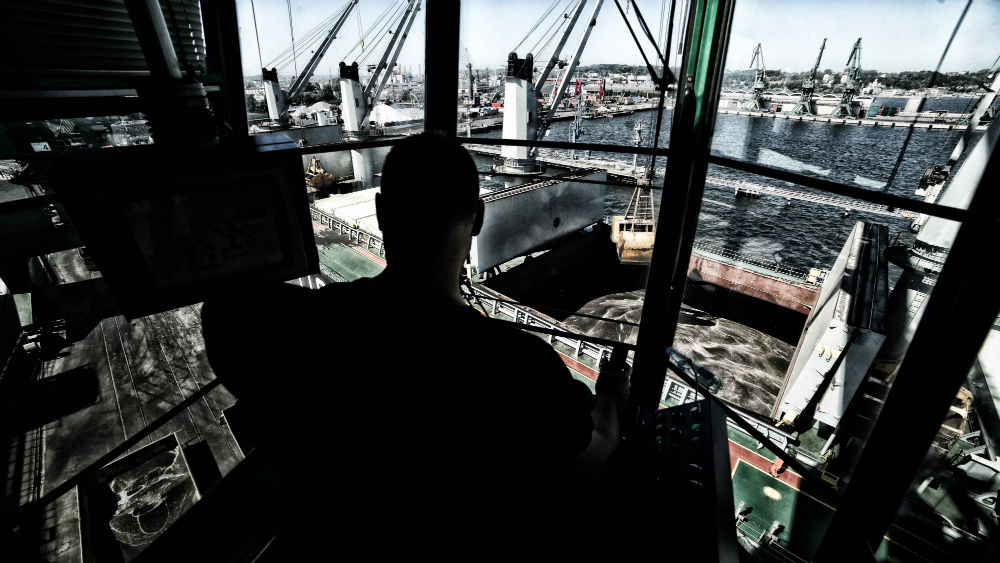 Implemented from April 1, 2018 under the aegis of EDA (European Defense Agency), the OCEAN2020 project is just about to end. The final stage of the project is an excellent opportunity to summarize its results and present the outcomes that have been achieved.

Extensive research and technological work was carried out in the project financed by the European Union, acquired as part of Preparatory Action on Defense Research - PADR - grant no. 801697. The international Consortium, consisting of forty-three entities (including Centrum Techniki Morskiej S.A. representing Poland), developed a number of analyzes concerning both system design, technical development and the integration of command and communication systems. It is worth to underline that the most important milestones were two sea demonstrations - sea exercises that were carried out in 2019 in the Mediterranean Sea and in 2021 in the Baltic Sea.

The initial intention was to complete the project in March 2021, but the outbreak of the COVID-19 pandemic caused rescheduling some of the tasks to the following months of 2021. Thanks to the involvement of the Consortium members, the possibility of interrupting the planned activities was not even taken into account, but only the corrections in the schedule of its implementation was elaborated. As a result, changes were introduced in the main project schedule, resulting in the adjustment for its specific and measurable effects, crowning the work of several years of hard work of specialists directly involved in the project.

In this moment we can start to present a kind of resume, which reflects the complexity of actions belonged to the project.

Everything had been started at the bidding stage, less than a year before its official start (it`s mean around April 2017). Then the development of initial requirements, which constituted a specific response to the expectations of the EDA was elaborated. The next step was to make arrangements, within the potential composition of the consortium, regarding the scope of responsibilities for the works to be performed. In addition, parallel activities were carried out to develop assumptions regarding the project team. All these works were carried out in parallel with activities based on the business relationship being built with international teams of specialists, which, as the project progressed, became the foundation necessary for its implementation.

Implementation of project tasks (2018-2019) - intensive work related to availability, participation in meetings, conferences, numerous project trips, conducted in order to get to know cooperators, their approach to tasks, methods of operation, agreeing "how we do" and, above all, getting to know each other.

Pandemic time (2019-2020) - a complete change in the organization of work. Switching to remote management and work, adjusting the needs and corresponding technical solutions, a kind of "home lock-up", limiting direct interaction, which was replaced by remote meetings, often carried out without the possibility of using a webcam, to avoid to overload the Internet connection.

When it comes to "home lock-up" there were several benefits to be seen. Well, undoubtedly, each of the participants in the project could prove themselves in the new conditions. On the one hand, they limited possibility of direct contact, on the other hand, they offered a high degree of freedom of behavior, especially during remote project meetings. The need to work remotely generated a list of requirements and needs that had a significant impact on the creation of an appropriate workspace at home. The sounds of birds outside the window, pets and sometimes unexpected interactions with other members of the household during meetings, undoubtedly gave color and naturalness to individual meetings.

Exercises at sea (NOV 2019 and AUG 2021) - a project within a project. Organizing and carrying out this type of project required the ability to multi-level management. For example, the Project Manager functions within the existing management structure, and at the same time managed a dedicated area of tasks and allocated resources, which related directly to the exercise in question. Seemingly nothing extraordinary "history knows about such cases", however, please pay attention to the following brief description of the last exercise in the Baltic Sea in order to build your own perspective in this aspect.

The Baltic Demo exercise took place on August 25-26, 2021 in the Baltic Sea, in the waters of the Bay of Hano (meaning: the actual preparation period in the area of the exercise was related to the period of three weeks, i.e. from August 9, 2021). The participants realized two scenarios (meaning: each scenario covered a series of episodes). The first concerned responding to the threat posed by fast-moving sea units, while the second was related to the threat posed by a submarine. The task of the operators of unmanned systems was to obtain information about both types of threats and their transmission to the prototype European operations center (EU MOC). 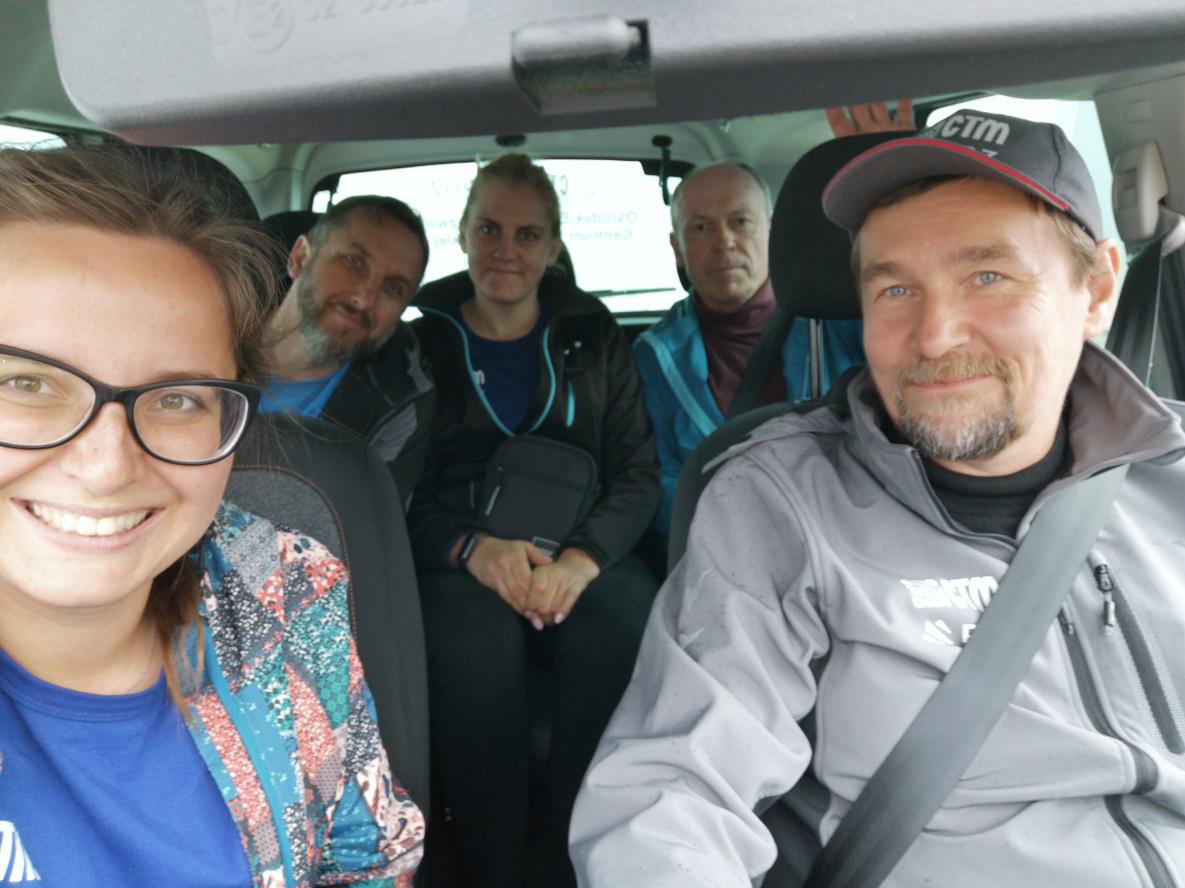 The main idea is presented in the following (somewhat simplified) example: A UAV (Unmanned Air Vehicle) detects a "suspect", i.e an unidentified sea unit, using an optical sensor (camera). Then the video record (e.g. mp4 file) is sent to the exercise command center (CTG - Commander Task Group - the position of the Commander of the Task Ship Group). There, in turn, the file in question, along with the appropriate orders, is sent to specific units (ships or other unmanned vehicles) in order to perform a specific action, which in the first phase is oriented to identifying a given unit. Now, imagine that, in parallel, the data transmission for the visualization of the entire decision-making process depicted takes place at the Maritime Operational Centre (EU MOC) in Brussels.

And this is how we were reach out the right part, which is the summary of the OCEAN2020 project activities.
Despite the willingness to write down a detailed list of the results obtained and the subjects of the contract delivered (in accordance with the requirements of the project contract) (i.e. documentation and implementation of practical activities, in particular those that were implemented as part of maritime exercises), the most important will be presented, so as not to loose any area of ​​the implemented as part of the project:
• comprehensive use of unmanned systems and the related transmission and distribution of information as part of a dedicated command and communication system,
• modeling and simulation of activities aimed at the actual use of unmanned systems, in a real marine environment,
• activities aimed at increasing the interoperability capabilities and integration of information acquisition systems at different levels of command,
• checking the ability to cooperate between European entities representing both industry and science,
• presentation of new potential innovative solutions, incl. related to the AR and VR domain, to be used in command positions,
• distribution of information on project activities, with simultaneous activation to participate in projects available to a wider public (i.e. webinars).

To sum up. OCEAN2020 project was a real demonstration of joint effort and the ability to achieve goals, which were undoubtedly based on the great commitment and enthusiasm of the specialists participating in it.

The obtained results relate to a very wide range of areas of interest, starting from purely technical and substantive, through economic and business, to media and information at the end.