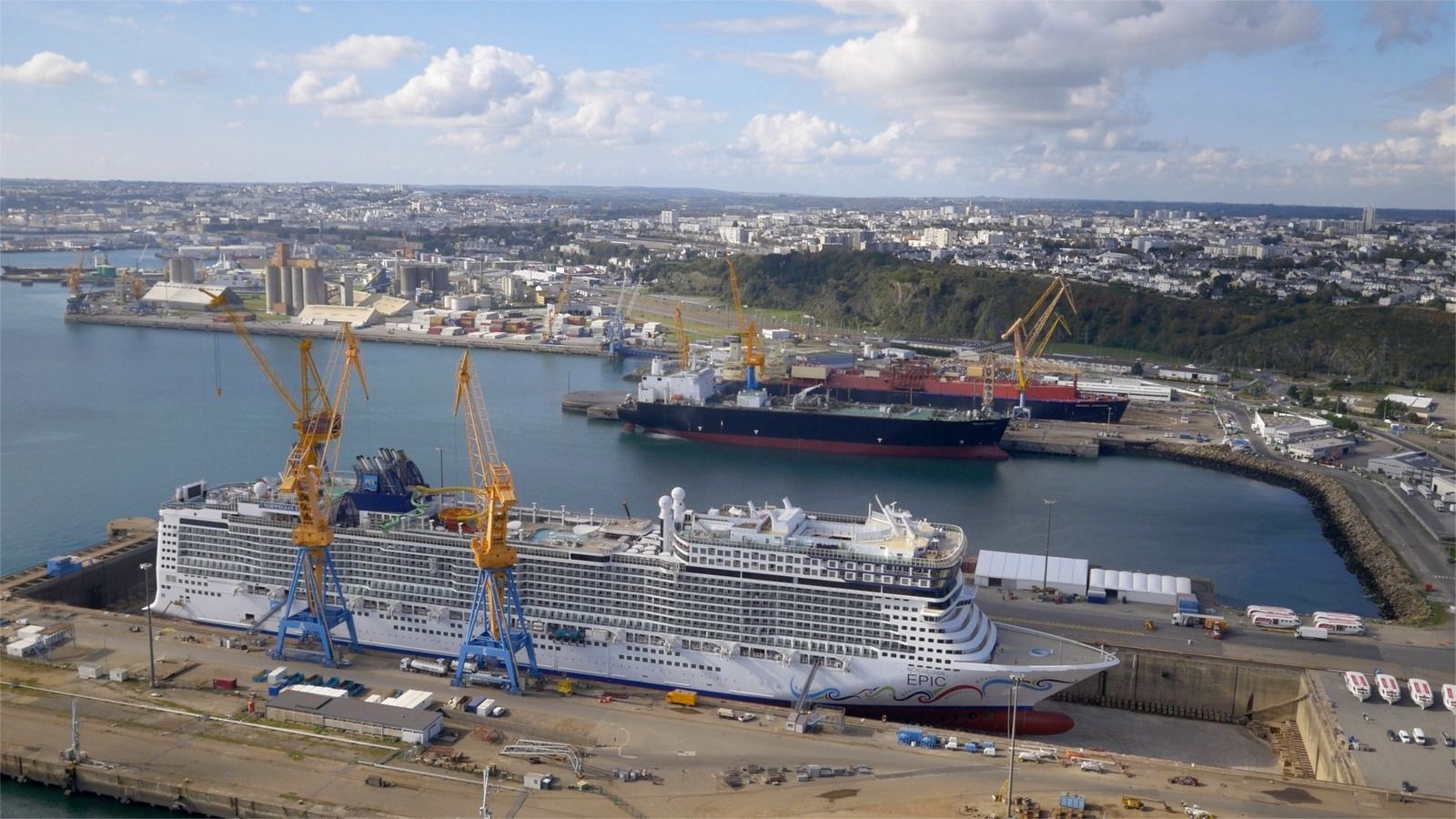 On Saturday 17 October, the 329-metre, 156,000 tonne cruise ship Norwegian Epic departed Damen Shiprepair Brest (DSBr), part of Damen Shiprepair & Conversion, for Southampton. She cast off a day early after completing a 3 week maintenance and refit programme ahead of schedule.

The world’s fifth largest cruise ship fitted with room to spare into DSBr’s 420-metre drydock number 3, and over 3 weeks around 3,500 personnel worked around the clock on a range of projects. These included some major mechanical operations such as the replacement of both rudders and work on the stabilisers, the refurbishment of the public spaces, and the vessel’s first special survey since she was commissioned in 2010.

As well as the works on board, Damen Shiprepair Brest was also responsible for managing the major logistics programme that made the fast execution of this complex and intense project possible.