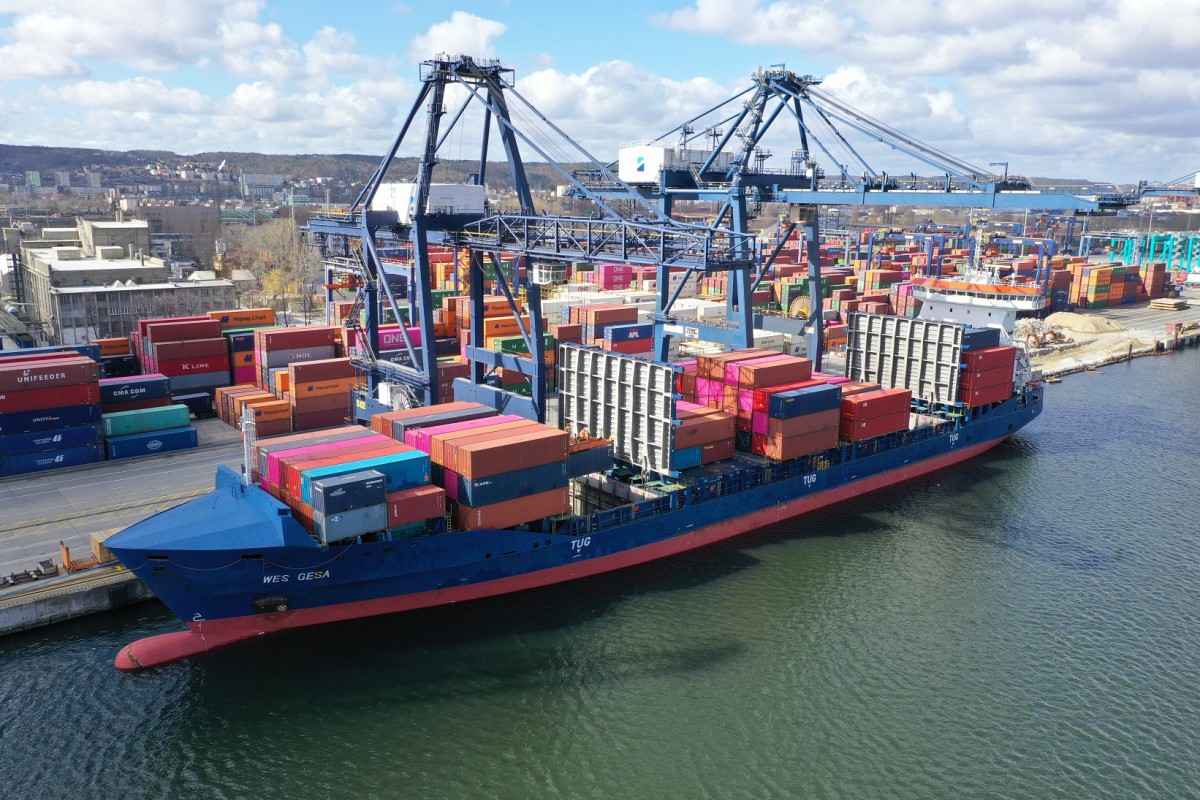 Last Saturday (04/04/2020), the first time in the history a ship operated by ONE arrived in the Tri-City. So far, ONE containers have arrived at the Gdynia GCT terminal on board of commercial feeders or vessels belonging to alliance partners. This time, in the face of the dynamic (despite epidemic threat) increase in volumes, ONE decided to carry a test calling with its own ship.

The container ship that could be seen at the weekend in Gdynia was MV Wes Gesa. It’s 152 m long and 23 m wide. The vessel was built in 2012 and is registered under the Cypriot flag.

Usually the ship is employed on the Ibesco feeder service. It calls at: Leixoes - Lisbon - London - Rotterdam - Antwerp - Aarhus - Gotheborg. As representatives of the Gdynia GCT admitted: "Exceptionally, due to the growing volumes and free time in the basic schedule, the container ship also arrived at Gdynia, during the trip from Antwerp to Aarhus."

During an eight-hour stop at GCT, the unit was served by two STS cranes.