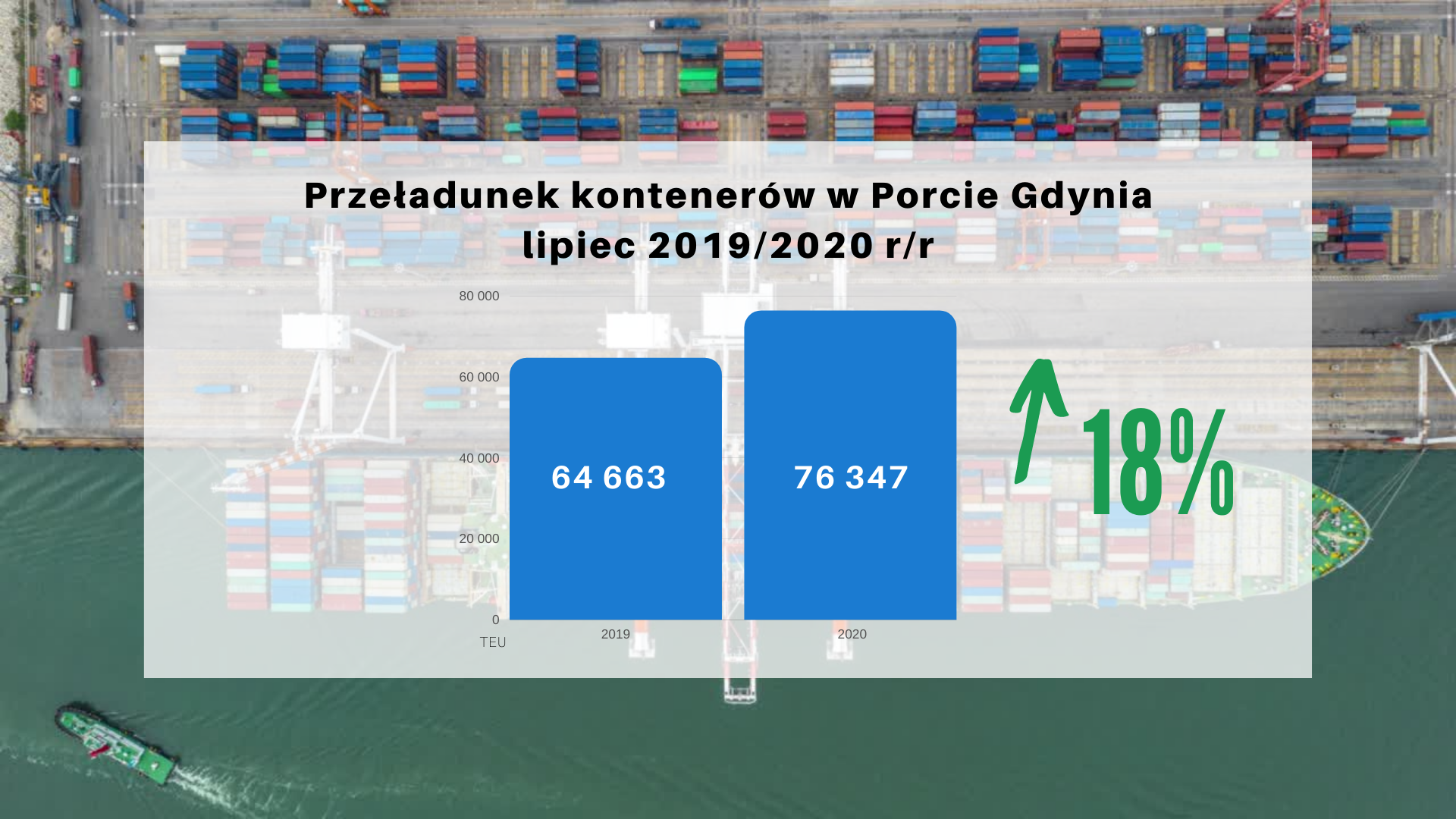 Container transshipments in July at the Port of Gdynia increased by 18 percent y/y. The Gdynia port also maintains excellent overall transshipment results from last year and everything indicates that despite the pandemic and global recession, there is a chance for another record in transshipment at the end of the year.

Despite the global lockdown, the Port of Gdynia introduced a number of procedures that enabled the continuity of supplies, including medical devices and drugs. The Port of Gdynia Authority also engaged in direct support for medical services by purchasing respirators for several facilities in the region.