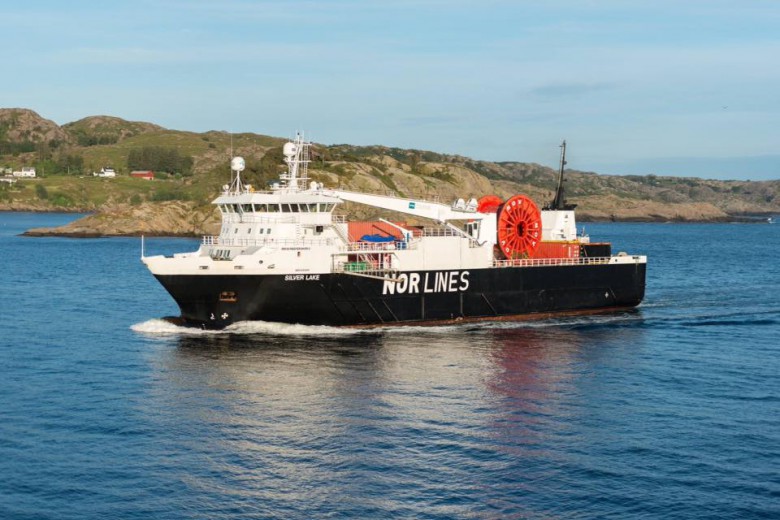 Samskip is restructuring the multi-purpose cargo and reefer services connecting North Sea and Baltic ports to Norway operated by subsidiary Nor Lines, in a move that adds capacity, frequency and new port options to the logistics mix.

The overhaul, effective from October 1st, 2018, will meet rising demand for reefer and project cargo services southbound and increase capacity for conventional and project cargoes northbound along the Norwegian coast and beyond to Murmansk. Two existing multi-purpose service loops increase to three.

In the most obvious change, capacity on the three-ship Nor Lines service between Baltic ports and Norway will be expanded to four vessels, each with reefer/palletized and deck space, and 50mt heavy lift crane capacity. However, the combined service will be split, with two vessel pairs operating separate schedules.

One pair will connect northern Norway with German and Dutch ports, focusing on frozen fish/project cargoes southbound and palletized/project cargoes northbound. The aim is to offer port combination flexibility, with norther Norway, and Murmansk and Archangelsk in Russia accessible direct from Germany and the Netherlands.The other ship pair will serve importers and exporters in Danish and Polish ports, connecting with Western Norway in the Fredrikstad-Tromsø range, calling weekly northbound and prioritizing southbound calls for reefer/project cargo volumes.

Meanwhile, the entirely separate Nor Lines’ multipurpose liner service connecting the Netherlands to Western, Mid and Northern Norway weekly will add a call at the Dutch port of Velsen. The port’s Kloosterboer Velsen BV terminal is a center for cold cargo storage and distribution which offers effective shortsea links to the UK or Portugal.

The addition of Velsen as the first Dutch call is also expected to attract northbound palletized and project cargoes.The Nor Lines Netherlands-Norway multipurpose liner service is maintained by the innovative LNG-powered vessels Kvitbjørn and Kvitnos, each offering 1,500 lane metres of RoRo capacity, 122 TEU as container space, 1,500 tons of reefer space and heavylift crane capability.

“One major outcome is that Nor Lines will be calling at Klaipedia, Gdansk and Velsen on a regular basis, serving the gateway Northwest European and Baltic seafood ports in an optimal way. We will also offer the flexibility of request calls at Cuxhaven and Eemshaven, delivering capacity throughout seasonal peaks while increasing our support overall for northern Norwegian fisheries.”

Mr Luikenaar emphasized that the service upgrades were in addition to Samskip’s three-times weekly container liner services connecting Hamburg, Bremerhaven, Rotterdam and Norway. He added that the multipurpose service revisions were all about bringing new flexibility to an already comprehensive service portfolio.

“As well as occupying a special place in the refrigerated cargo market, Nor Lines ships can handle palletized cargo, big bags, containers, RoRo and large project cargo. Between the Baltics and Norway, Nor Lines is unique in being able to offer crane capacity for 50mt heavy lift operations and, between Rotterdam and Hammerfest, up to 80mt using Kvitbjørn and Kvitnos.”