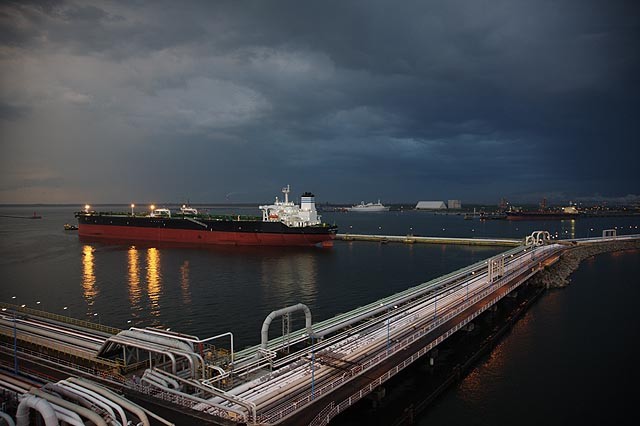 Seaports, Shipping, Logistics
A new record at the Port of Gdańsk. Cargo throughput up 11,8 % in 2015

In the first half of this year, the Port of Gdańsk (Poland) handled 17.2 million tons of cargo. That\'s 11.8 percent more than in the same period last year.

- The current year is very successful for us, especially if you take into account the situation of the other Baltic ports. Only a few top-ten ports in our region boasts the growth rate of almost 12 percent - says Monika Wszeborowska , Director of Marketing at the Port of Gdańsk .

Excellent results at the port can be attributed to high turnover of liquid fuels, up by 30 % in 1H 2015.

- The previous year was very good in this respect in our port, because we handled 12.5 million tonnes of fuel. It was the third best result in the history of the Gdańsk - says Monika Wszeborowska. - This year should be even better. In the first six months port already handled 7.3 million tons of fuel – almost 60 % of whole 2014 turnover – she adds.

Gdansk also achieved excellent results in coal ore handling, despite the difficult situation in global economy, especially on the Polish market. Coal ore throughput rose by 13 % to almost 2m tons. Noteworthy results were achieved in the group of "other bulk cargo", which recorded 3.5 % increase in cargo turnover compared to the first half of last year, mainly due to high aggregate cargo handling.

A slight decline was also recorded in handling of general cargo at the port: from 5.6 million to 5.5 million tonnes.

- The slight decrease is due to the somewhat weaker performance in terms of container handling. Their throughput dropped by 3 percent. While the number of containers (TEUs) actually significantly decreased in the current year, their tonnage remained nearly on the same level - informs Monika Wszeborowska . - Such changes in the handling of containers at the port is the result of historically low freight rates around the world, which equally affected all Polish ports. However, we also have some reasons for optimism. From August G6 Alliance will start calling at our port – she added.

Over the past six months, the Port of Gdansk has witnessed three more important events for container market. Work began on the extension of the deepwater container terminal DCT Gdansk - an investment which by the end of next year will have doubled the terminal\'s annual handling capacity of 3 million TEU in the first phase of the extension. Also, container giants such as Maersk and MSC operating within the 2M alliance and Hamburg Sud started calling at Gdansk.