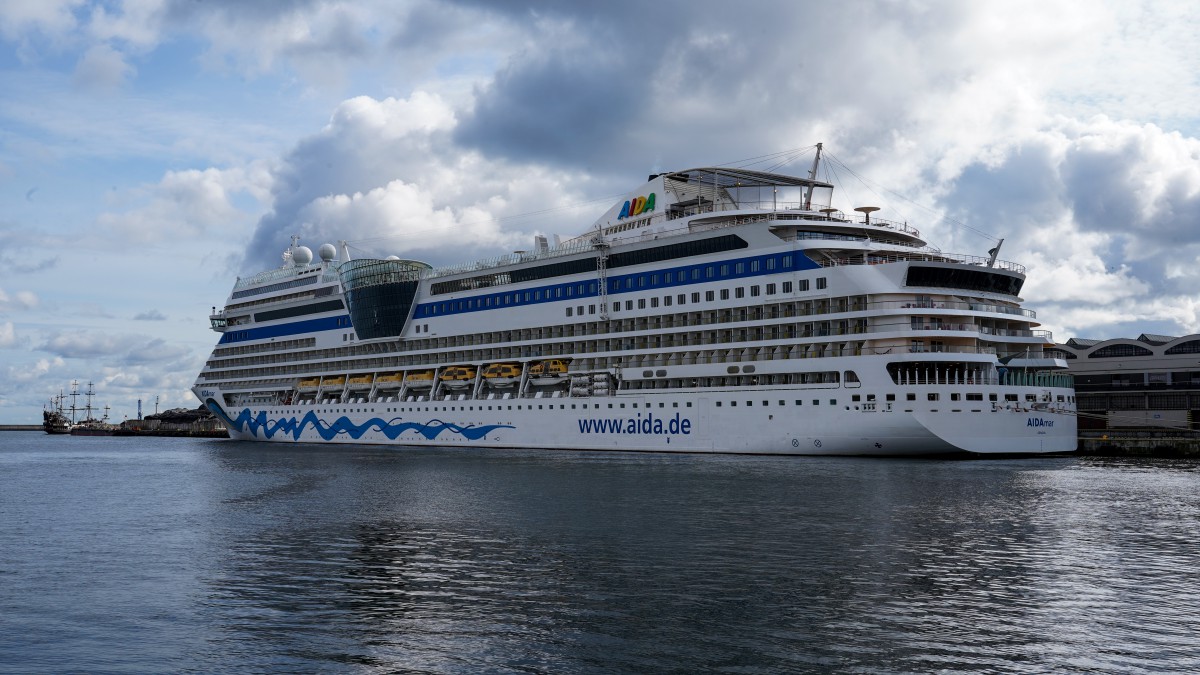 54 calls, including four unplanned, over 42,000 crew members of passenger ships and a 17% increase compared to the previous year. With these results, the Port of Gdynia Authority closed the cruise season 2019. The last cruiser we could see at the French Quay this year was AIDAmar. The over 250-meter vessel have moored at the Port of Gdynia as many as 16 times this year.

This year, the cruise season lasted at the Port of Gdynia from April 24 to October 7. Cruise ships moored at the port for an average of 9 hours and 36 minutes. Their average length was over 264 m. As many as 52 vessels that entered the port of Gdynia this year were over 200 m long.

Exactly 113,913 passengers arrived on board cruise ships in 2019. Each of them left around 80 EUR in the region, which contributed to the region's economy with nearly 40 million PLN. Foreign tourists are attracted primarily by the attractiveness of Pomerania.

- There are trips that have been very popular for many years and are still on demand. This includes a visit to the Castle Museum in Malbork, or the route leading to Kashubia or the Hel Peninsula - says Magdalena Węgrowicz, deputy director of the Pomeranian Regional Tourist Organization .

Units that appeared at the Port of Gdynia for the first time this season were: Norwegian Spirit, Vasco da Gama, AIDAmar, Viking Juiter and Norwegian Pearl. The longest cruise ship in the history of Polish ports also moored at the French Quay twice: Norwegian Getaway (325.7 m long; calls on June 27 and August 20). On May 24 and September 3, the Port of Gdynia hosted the beautiful, elegant and luxurious Queen Victoria ship.

Shipowners who call at the Port of Gdynia are increasingly emphasizing not only the entertainment offer, but also ecological attitudes. For example, on the Costa Pacifica cruiser (two calls to the Port of Gdynia in the 2019 season), rationally takes care of food products. According to the idea of “zero food waste", fresh, unused portions of food go to people in need.

- A thriving business combined with care for the environment is a standard that attracts more customers. Only by reacting flexibly can we do more than we expected. Offering a regular bunkering service, much earlier than it results from EU standards, we sent a signal to our closer and further environment that the idea of sustainable development is not strange to us - says Adam Meller, President of the Board of the Port of Gdynia Authority.

He added that passenger ships calling at the Port of Gdynia are increasingly equipped with so-called scrubbers, i.e. a purification system in which exhaust gases are introduced into a spray cloud of water that absorbs sulfur particles.

2020 novelties at the Port of Gdynia

For the next cruise season, the Port of Gdynia Authority has prepared several new products.

- 51 calls. We will beat the record for the longest passenger ship that has reached our port twice, because next year we expect two ships longer than the current record holder - Norwegian Getaway. In addition, we will have a cruise ship under the Disney brand - says Maciej Krzesiński, director of marketing and foreign cooperation of the Port of Gdynia Authority.

The Disney Magic cruise ship is expected at the Port of Gdynia on July 29 next year. This will be his fourth stop on the 11-day trip starting in Dover and ending in Copenhagen. The record 333-meter MSC Splendida will arrive in Gdynia on September 15, 2020. The cruise season 2020 will last from April 22 to October 27.

The Port of Gdynia Authority conducts systematic activities for the development of Baltic cruise shipping by promoting the port and the tourist attractions of the city and Pomerania. PGA also participates in industry fairs, e.g. Sea Trade Cruise Global in Fort Lauderdale in the USA, which are an opportunity to establish new business contacts.

Since the dawn of the history of maritime Poland, the Port of Gdynia has been the home port for such magnificent ships sailing under the white and red flag as: Polonia, Kościuszko, Pułaski, Piłsudski, Sobieski, Chrobry, Jagiełło, Batory and Stefan Batory.

In 2018, the Port of Gdynia broke the historic record. Almost 23.5 million tons of cargo was transhipped there, achieving an approx. 10% increase compared to 2017. Currently, key investments are being implemented at the Port of Gdynia: construction of a new public ferry terminal and a new port turntable along with reconstruction of quays, deepening of port waters and approach track up to 16.5 m deep. By 2026, an External Port will be built with a new container terminal.