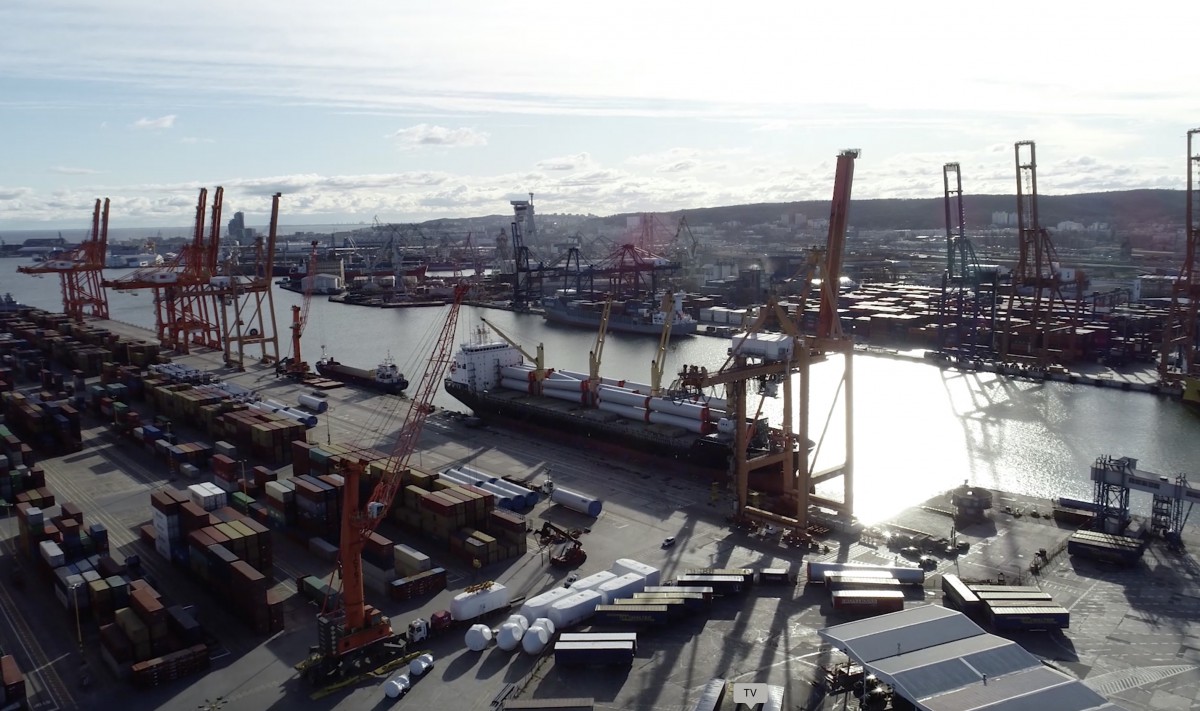 Seaports, Shipping, Logistics
Another reloading of wind farm components at the Port of Gdynia [photo, video]

Another load of wind farm components was handled at the BCT Gdynia terminal. 75 sections of wind towers (15 complete masts) were unloaded from the WARNOW MARS deck. Experience in transhipment of this type of cargo and convenient location naturally puts Port of Gdynia as a potential base in the context of the construction and service of Polish offshore wind farms.

One wind tower mast consists of five sections with a diameter of approx. 4.5 m and a length of 12 m to 25 m, in total the assembled mast is 98 m long.

The total weight of elements transhipped is 3,587 tons. The service time excluding night shifts (prohibition of work due to recipient procedures - General Electric) was 39 hours.

The elements go to BCT storage yards for a few days, and then they will leave with convoys of 5-10 elements to a wind farm located in Malechów (West Pomeranian). Trips are planned every two days, maximum 3 convoys a week.

The BCT Gdynia terminal also supports ships on which other wind tower components come, such as power generators, heads to which the blades are mounted and the blades themselves and light equipment (stairs, ladders, screws, etc.).

The seaport of Gdynia is the port closest (from the east) to the sea areas provided for the location of wind farms. It should be emphasized that the Port of Gdynia meets all navigation conditions for servicing installation jack-up and dynamic positioning vessels. In addition, the Port of Gdynia, as the only one in Poland, conducts research aimed at the development of the offshore sector, in particular the establishment of support facilities for offshore wind farm elements, and actively participates in the creation of local facilities covering the municipalities of Kosakowo, Rumia, and the City and Municipality of Gdynia (in 2019 a letter was signed Intent on cooperation).

Already today, more than 100 Polish entities have been identified that can be successfully included in the processes of preparation, construction and operation of wind farms in the Polish Baltic Sea.

For many Polish local enterprises, joining the offshore energy industry will be an opportunity for significant development, giving them the opportunity to earn high revenues.