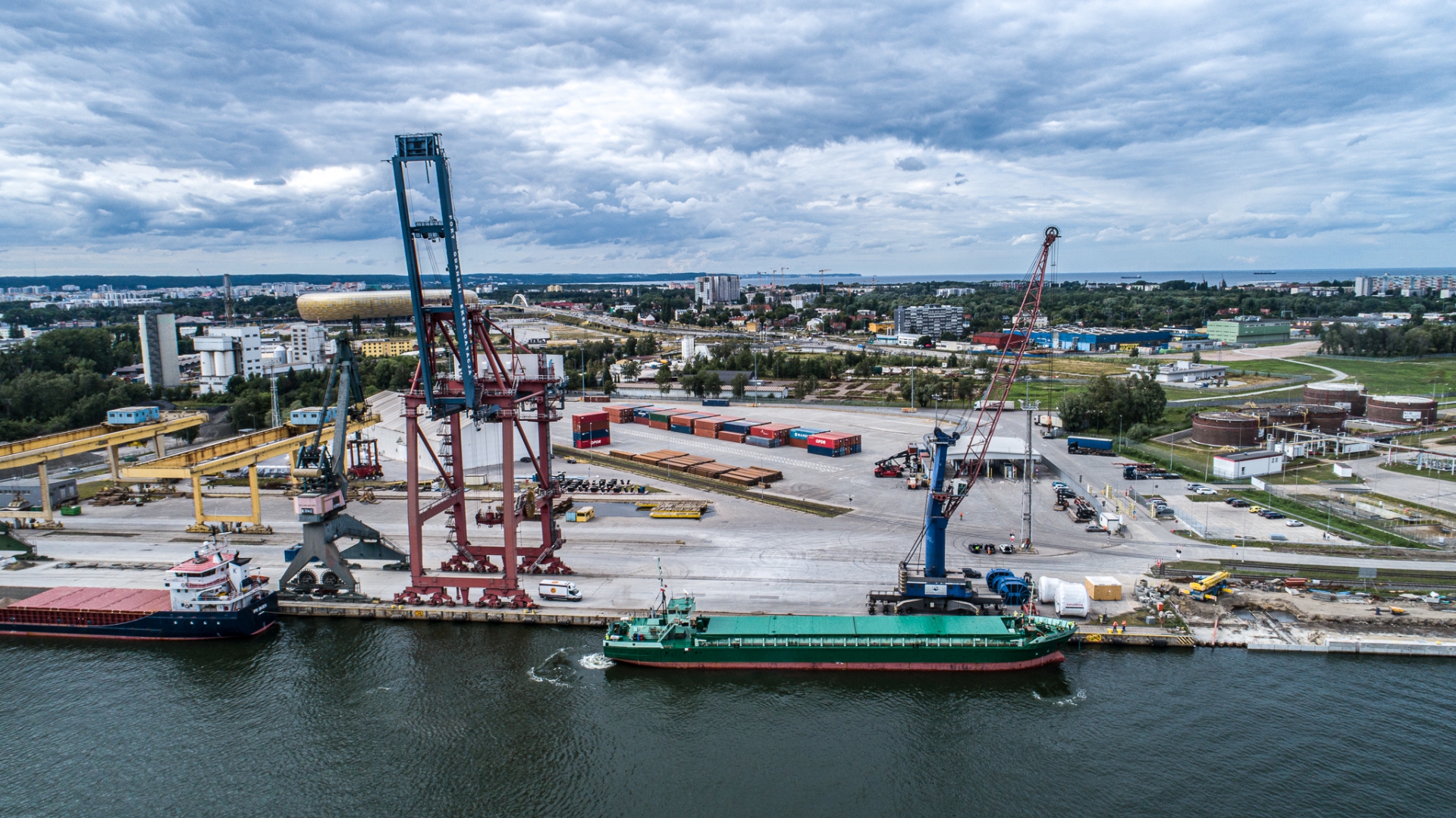 Seaports, Shipping, Logistics
Another sea project cargo carried out by Fracht FWO at the Port of Gdansk (photo, video)

In July, Fracht FWO Polska, a logistics operator, organized another logistically complex cargo transport - three large-size air filter elements went to Mexico. Its implementation was preceded by several months of preparations, and one of the transported loads decided about the choice of routes and means of transport. The operation took place at the port of Gdańsk.

The tasks of the Project Cargo Fracht FWO department included comprehensive organization of transport, reloading operations in sea ports and settling customs formalities. The cargo - three air filter elements, each 4 to 5 meters wide and 4 to over 6 m high - must travel from the production facility in Poland to the port of Veracruz in Mexico. Preparations for this delivery started at the end of March. When planning transport, freight forwarders from Fracht FWO also had to take into account the fact that until the end of June the loads were still in the production phase and their parameters changed almost until the last moment.

The delivery of the three large-size air filter elements consisted of several stages and required the use of various means and modes of transport. First, the cargoes were delivered to the Port of Gdansk from the factory in Elbląg. Later they were transferred to a coaster (short-range vessel) and transported to the port of Bremerhaven, from where they will sail by ocean ship to the Mexican Veracruz. The course of the project implementation, i.e. what transport routes and types of means of transport will be selected, was influenced by one of the transported elements - an air filter is 5 m long, 6.15 m wide and 5.85 m high.

- Due to its parameters, this filter element could not be delivered from the production plant to the seaport on wheels and required the organization of river transport - explains Agnieszka Matysiak, project manager of Fracht FWO Polska.

The first stage of transport, from the factory to Gdańsk, was therefore performed in two ways. The smallest of the three loads was delivered by road. River transport was used for the other two elements. The equipment from the production plant in Elbląg was loaded in the Elbląg river port on a barge that sailed to the seaport in Gdańsk.

- When organizing this type of delivery, what counts is the precision of planning each stage of the journey and the selection of proven partners, i.e. carriers, shipowners or transshipment companies in seaports. One of the limitations was finding an ocean vessel that would take on board a cargo of this size. The originally planned transport on a ro-ro vessel had no chance of implementation due to the size of the loading ramps - explains Agnieszka Matysiak. Therefore container service was chosen, where break-bulk cargoes are still rare, and shipowners work only with specialized forwarders, to which Fracht FWO undoubtedly belongs.

Thanks to the specialist knowledge and extensive experience of Fracht FWO forwarders in the field of handling heavy loads, the project was completed without interruption and on schedule. At individual stages of transport, forwarders were supported by proven business partners of Fracht FWO Polska and the Fracht Group.