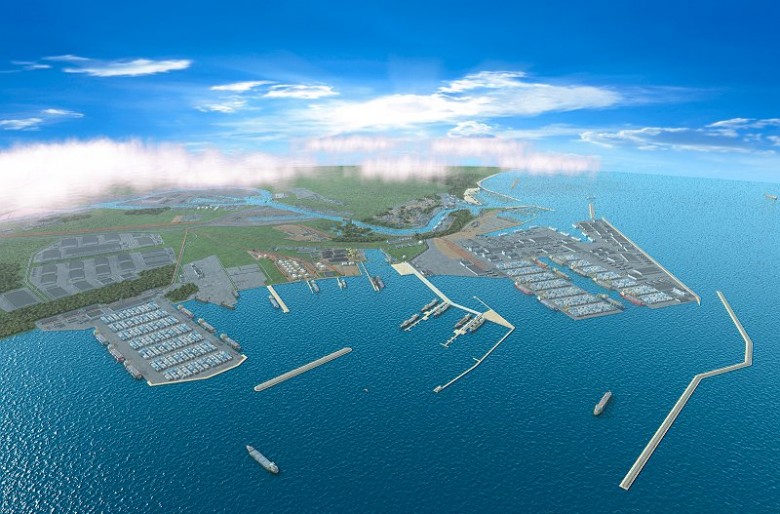 Seaports, Shipping, Logistics
Construction of the Outer Port - an investment fit for the XXII century

The current \"Development Strategy for the Port of Gdansk\" which runs until the year 2027 includes the concept to develop another deepwater area of the port in the direction of the Gulf of Gdansk. The project was given the working name Outer Port, or alternatively Central Port.

There will be three phases of the project: analysis and conception, documentation and execution. The first of these will serve to verify the strategic assumptions in terms of the spatial possibilities as well as to verify the market forecasts included in the strategy.

According to the assessment carried out by the Port of Gdansk Authority SA, there are enormous opportunities for developing the port within the basins lying within its administrative boundaries, from the north-west to the existing deepwater port facilities. Here it is possible to develop the port with technology similar to that used in the Northern Port by siltation and the construction of piers. An additional advantage of the proposed location of the Outer Port (Central Port), is its location in the vicinity of the existing infrastructure (road and rail). This solution will contribute to reducing the cost of constructing new port infrastructure, especially in terms of land access.

Today\'s port, as a communication hub connecting maritime and land transport, must compete effectively in the European market. Ports, especially those important to the economies of their countries, have evolved into the role of organisms creating added value, a key chink in the global supply chains in which infrastructure and suprastructure are part of a uniform system. The architecture of this system channels the effort of all resources into one direction: to ensure high efficiency and maximum convenience for all port customers, accessibility for larger and larger ships as well as to minimise the risk of congestion.

The construction of the Outer Port is therefore a concept that makes these demands a reality. It is also consistent with the overriding idea behind the development strategy of the Port of Gdansk, which puts special emphasis on the scenario of transforming into a V generation port, namely:

a universal intermodal logistics hub, allowing us to service the largest vessels entering the Baltic Sea,
an important centre not only locally within the Pomeranian region, but nationwide offering a comprehensive intermodal transport service, a key communications hub on the South Baltic Sea operating within well-managed terrain to ensure the optimisation of space, featuring innovative logistics solutions,
a port-maritime trading centre attracting direct investment, stimulating the regional Pomeranian economy as well as the country.

The initial analytical and conceptual phase of the construction of the Outer Port (Central Port) is therefore a most important step for the future of the port both in terms the economy and society. The expansion of the Port of Gdansk, which is the base port of Trans-European Transport Corridor No. 1, also means the activation of the local community, for whom new places of work will be created along with new opportunities and life prospects.

Such a concept of a new generation Port of Gdansk is not just a futuristic vision, but a real expansion project concerning the largest seaport in Poland, soon to be witnessed not only by its direct beneficiaries but in fact by all of us.