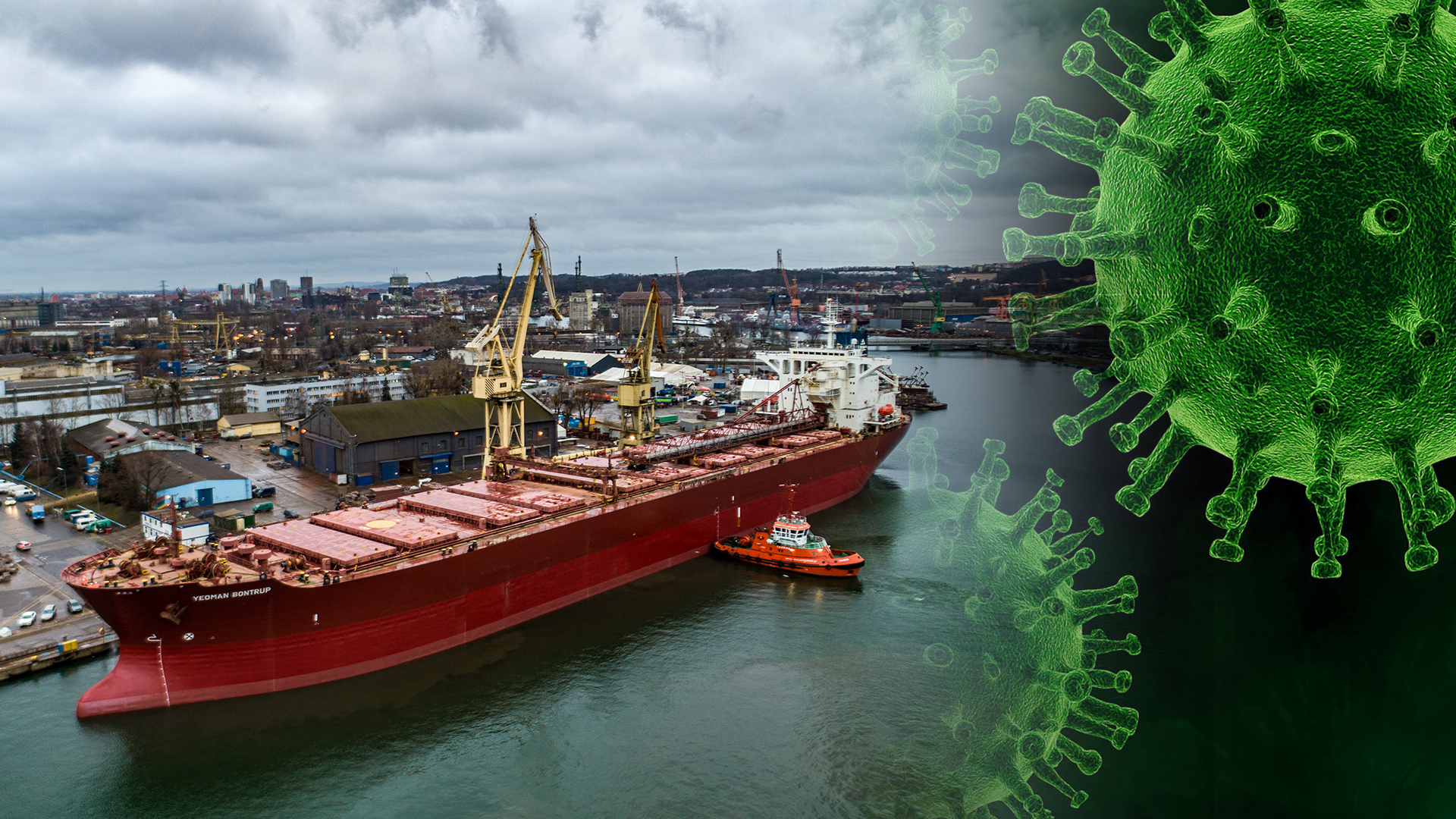 Seaports, Shipping, Logistics
Crew changes during a pandemic from the perspective of the shipowner (video interview)

"From March, each change was a separate logistic operation. We were doing things that no one had done before" - says Dariusz Stefaniak, Crewing Manager of SMT Shipping Poland. We talk about the fight against bureaucracy, different regulations in almost every country, fatigue of the crews and experience that no one could have foreseen in the job center for seafarers.

The coronavirus pandemic caused suspension of international flights, closed borders, ports and airports. Additionally, governments around the world have imposed restrictions on the stay of foreigners to limit the spread of COVID-19. Hundreds of thousands of seafarers were somehow forced to continue working despite completed contracts, which caused increasing frustration not only of sea workers but also of their families.

As Dariusz Stefaniak from SMT Shipping told us: "It seemed that a breakthrough would be the release of ciruclar letter by IMO [ed: Circular Letter No.4204 / Add.14]. According to its assumptions, crew members should be provided with a flight after the contract is completed and international governments have been called to make it easier for maritime workers. In one word: to make it easier. The effect was that everything was same as before. Governments claimed they had laws that they should adhere to and the IMO only issued recommendations that were in no way binding".

"Unfortunately, neither the ITF nor the IMO are able to provide adequate support to both seafarers, employees and shipowners, which unfortunately increases the distrust of employers on the part of seafarers. With its publications, including those of 15/06/2020, the ITF causes confusion on the side of the already confused seafarers, pointing out that after the end of the contract, the seafarer should refuse to perform further work, and thus in practice to go on strike, in order to force the employer to perform an appropriate substitution. Very often repatriation remains impossible due to the regulations in a given country. ITF in its announcements forgets that the COVID-19 pandemic in many legal orders has been recognized as force majeure, and therefore as a phenomenon that could not be foreseen in any way "- explained in our legal advisor, Mateusz Romowicz.

"Fortunately, we also received messages from seafarers who understand this situation. Additionally, they reported that their colleagues in other companies receive, for example, lower wages. In our company we tried to compensate for these inconveniences at all costs and awarded bonuses for working in difficult conditions" - adds Stefaniak.

The chaos in which the world has plunged caused the continuity of supply to be jeopardized. Without seafarers' work and sacrifice, the social and economic impact of the crisis triggered by the COVID-19 pandemic would be much more severe. Unfortunately, without systematic replacement of crews - their mental condition may deteriorate significantly.

The responsibility therefore rests on the shoulders of international organizations and governments. As Romowicz sums up: "It is crucial to immediately take action to introduce appropriate legal solutions regarding specific measures to enable constant and systematic rotation of the crew during a pandemic, which would then be implemented by your flags, and thus would bind specific shipowners, and these solutions would be they would be used not only now, but also - if necessary - in the future. "