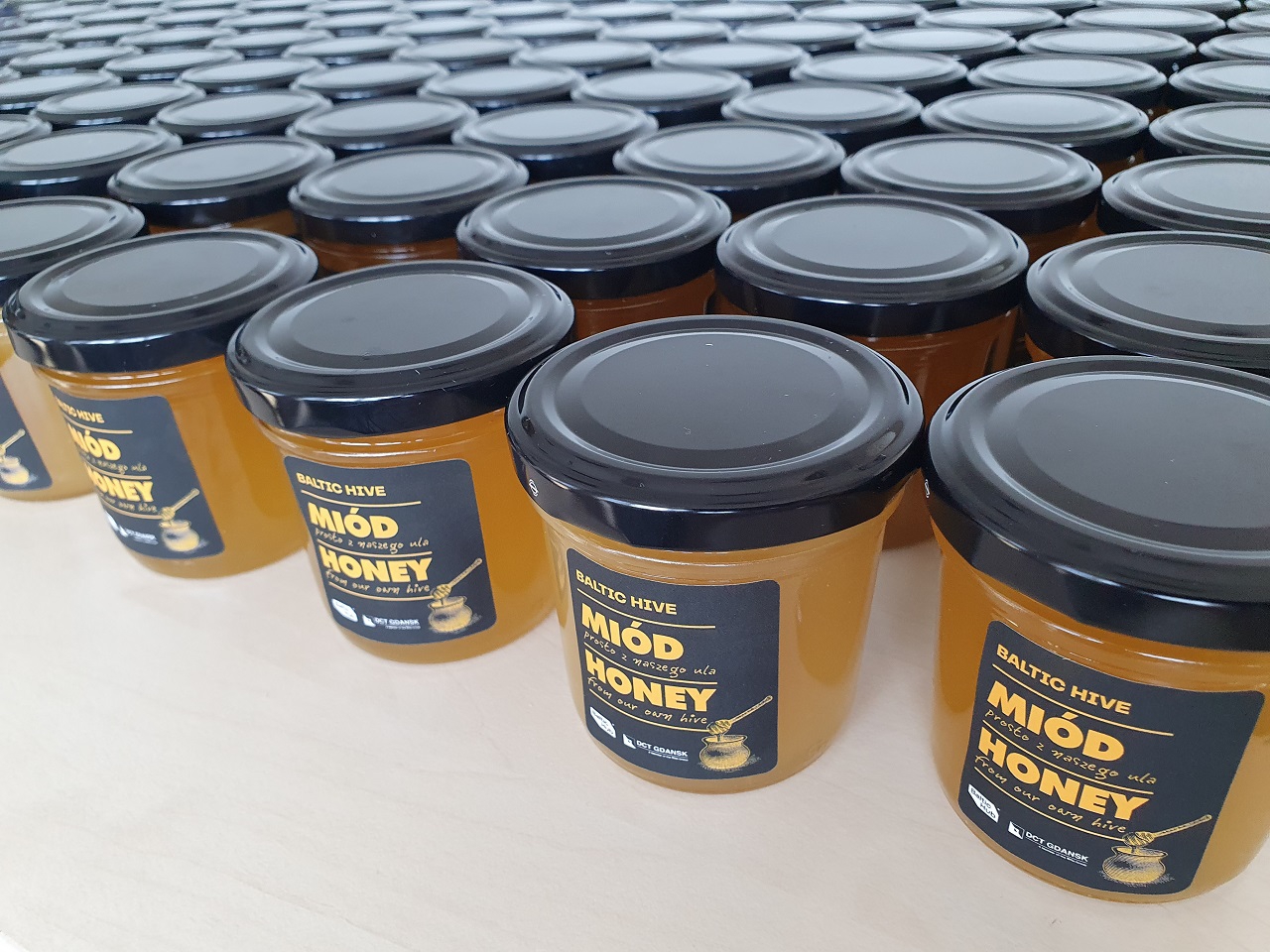 Seaports, Shipping, Logistics
DCT has its own linden honey. The bees collected 30 kilograms of golden nectar

DCT Gdańsk, the largest container terminal in the Baltic Sea, has had its own apiary since May. The idea of building hives in different parts of cities is an increasingly fashionable ecological trend with a great benefit for the environment. The Gdansk terminal has just received detailed tests of its first honey. And it was collected by industrious insects living in three hives on the roof of the DCT office building.

What distinguishes DCT Gdańsk honey? A beekeeper cooperating with the terminal commented on the analysis of the research.

- The first and most important thing is that you can count on summer honeyflow, i.e. nectar that bees can collect. Small-leaved and broad-leaved linden, which we always count on and achieve a good harvest this year, also appeared, but not in such large quantities as could be expected - emphasizes Tomasz Wojtiuk from Beeup.pl, a member of the Polish Beekeeping Association.

And, as he points out, the multitude of pollen found in honey indicates a large range of benefits, i.e. the multitude of plants from which bees can obtain nectar and pollen. Interestingly, the study showed a lot of honey plants that were not fully expected.

- This allows the bees to develop properly. The high content of pollen-bearing plants allows to increase the health of bees and makes their work easier - explains Tomasz and adds that in 2022 the bees will be focused on early horticulture with a focus on black locust, which is one of the most honey-bearing plants in Poland. It is thanks to her that we can obtain acacia honey.

- We collected about 30 kilograms of honey, which translates into 180 jars - informs Magdalena Jagła from the marketing department at DCT Gdańsk.

As we found out, the honeys will be given to the terminal's customers as Christmas gifts, and some of them DCT wants to spend on a Christmas charity event, which it will most likely combine with Szlachetna Paczka action.

- Care for the environment and promotion of ecological attitudes is one of the elements in our activities related to business responsibility - says Katarzyna Frankiewicz, communication specialist at DCT Gdańsk.

And, as she adds, DCT focuses its support equally strongly on the local community and its needs.

- Among many other activities, we can mention projects such as meals for seniors, a willow garden or an open-air class in schools, renovation and computers for the Social Library, a theater for children at a district festival, charity campaigns for a children's foundation, as well as cooperation with PSONI Gdańsk – summarizes Katarzyna Frankiewicz.