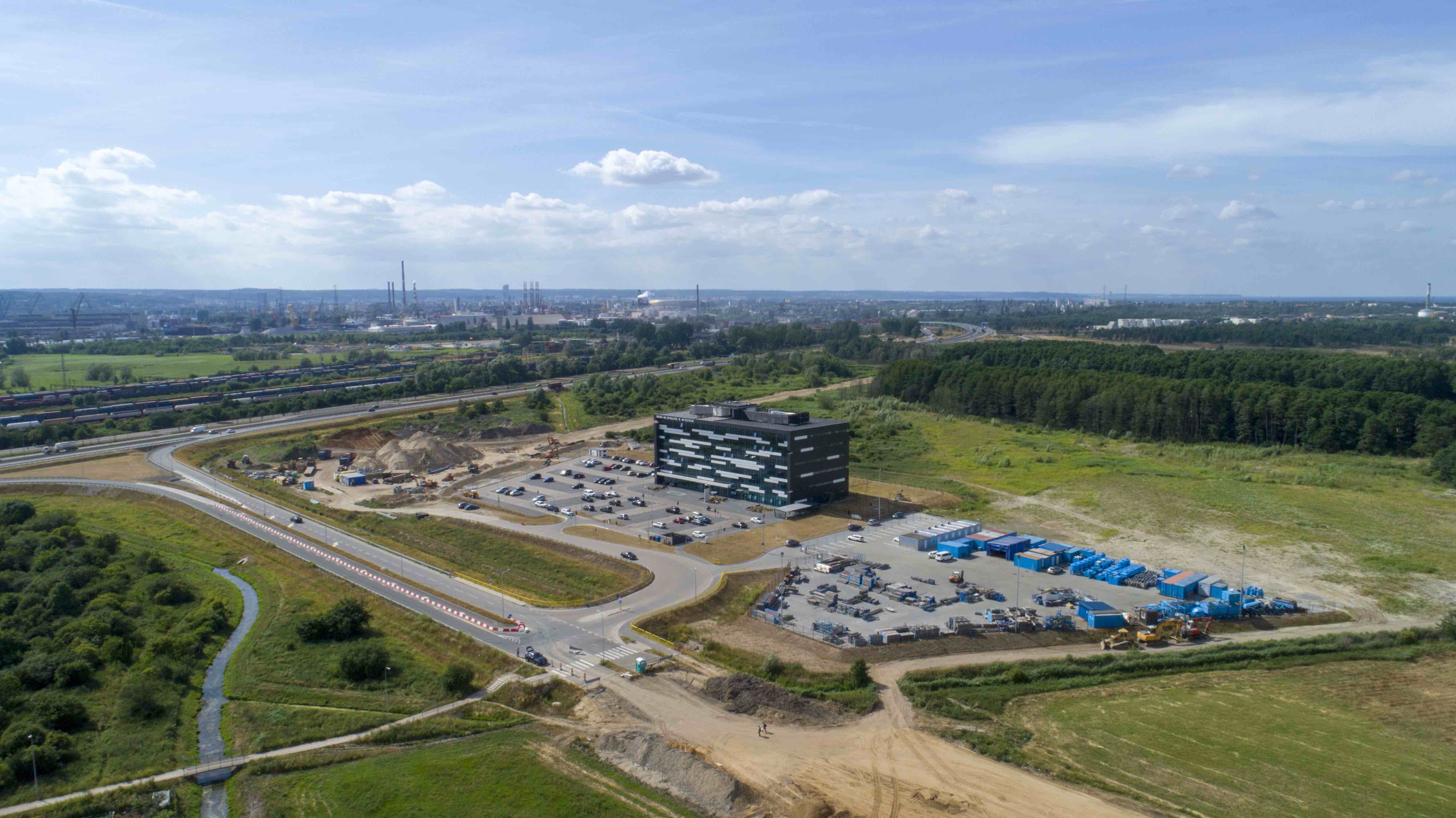 Interview with Alan Aleksandrowicz, CEO of Gdansk Economic Devetoprnen1 Agency between 2008-2019. From 2019 Vice-Mayor of Gdansk.

Why is the Pomeranian region an attractive region for foreign investors?

The main feature of Gdańsk and the Pomeranian Voivodeship, which distinguishes it from other parts of Poland, is its location by the sea and its long coastline, constituting the wealth of this region. This wealth drives the whole sector of the maritime economy and at the same time attracts foreign investors.

The Pomeranian region is a very diversified area. The traditional industry that has been developed here for decades is associated with the shipbuilding sector, ports, transport and logistics, but also with the energy sector (of note, for example, Lotos or Energa), the chemical and construction industries, fisheries and fish processing and the modern technology sector. All of this increases the employment dynamics in our region.


InvestGda's activity is strongly related to the activities of ports or shipyards. How would you briefly describe your activity in the maritime sector?

In creating this agency, we followed the example of the best special economic zones and development agencies in Poland and abroad. We assumed that we need to focus on strategic sectors and investments, in other words, production and logistics investments and the entire modern services sector. We have prioritized what is broadly understood as the maritime economy. We assumed that we will support both projects that will be located in the areas that the agency has, but also any investor in these key sectors who will want to visit Gdańsk.

From the very beginning, we worked very closely with the Port of Gdansk Authority and the terminal operators. We were also involved in the acquisition of 20 key hectares on Ostrów Island by the Pomeranian Special Economic Zone (PSSE) where, currently, the infrastructure for shipbuilding and steel industries is formed. Moreover, Mostostal Pomorze will operate in a newly refurbished industrial hall.

We focused on preparing the port areas for large logistics projects, thanks to which we acquired Goodman, a very important investor in Gdansk, with whom we are implementing the Pomeranian Logistics Center project, covering an area of 110 hectares. It is one of the largest areas of its kind in Poland.

We want potential investors to have the comfort of investing in fully-equipped areas, with commuting possibilities, an electricity supply, teletechnology, and everything that is needed to quickly launch any activity.

We also support the Port of Gdańsk in such investments as the construction of buffer car parks. The port management has taken the lead and decided to realize this difficult task; one of these buffer car parks at Śnieżna Street has already started its operation. It is supposed to handle truck traffic to and from DCT.

What particular offer do you have at the moment for potential foreign investors?

On the one hand, we are focusing on attracting investors and developing infrastructure in the Pomeranian Investment Center, i.e. the place in the port where we built the KOGA office, where all border services and a number of entities related to port operations are located. There is a surrounding area of about 50 hectares, where further infrastructural investments are beginning. In cooperation with the city, we extended Andruszkiewicza street and we built the first stage of the internal layout, with all the infrastructure for all investment areas. This year, we will expand this infrastructure to connect it smoothly with Kontenerowa Street, which is currently being expanded by the Port of Gdańsk management. We aim to complete all of these investments by next year.

Construction of the first stage of the investment will begin soon in the mentioned area of 50 hectares: two warehouse and production halls with a total area of 10,000 m2. At the KOGA Center there is already one storage yard, but we will build another, with an area of approx. 1.5 hectares.
They will be flexible in terms of space for rent or for lease, with available office space, but also areas prepared for investments, on which investors can build their own halls.

In the future, we would like to continue with cubature investments, that is, smoothly move to neighboring facilities to create an office and industrial park, which will offer finished space to rent.

We carefully follow logistic trends. Last-mile warehouses and municipal warehouses with an area of up to 10,000 meters are starting to be more and more popular. They are allowing smaller modules to be rented. We want to offer flexible spaces for our Pomeranian entrepreneurs.

We try to establish long-term lease agreements, similar to the policies used by the management boards of the ports in Gdańsk and Gdynia. This distinguishes us from other locations and we have created a mechanism to secure investors' financing. This aspect has often been a barrier to investment, and we are trying to eliminate such barriers.

Are there other investment areas that you are trying to develop?

The area of Płonia, in the vicinity of the LOTOS refinery is one such area. The main reasons for the attractiveness of this location is that it is prepared for typically industrial functions, located away from urban development, and has full coverage of local spatial development plans, allowing various types of production and logistics activities.

The Płonia area is located close to the S7 National Highway and has a total area of about 60 ha. This area already functions in the minds of residents as an industrial zone, which is very important because creating a completely new industrial zone today is an extremely difficult task from the point of view of obtaining social acceptance. Thanks to the spatial development plans and the conditions for such a purpose, an area such as this is in some ways priceless.

I would also like to mention the areas developed along Ku Ujściu Street the advantage of which is their access to the railway infrastructure. PKP is implementing a major EU project concerning the reconstruction of the North Port transshipment station. The Port of Gdansk is also preparing a similar project in the vicinity. The Balticon company has already joined us in this location. An intermodal terminal with access to the tracks will be opened here, and, in the future, a container factory will also be opened.

A smaller industrial area that we would like to activate is the area of Michałki street, in the immediate vicinity of Lotos Kolej and the Panattoni logistics center, up to 10 km from the port. It can therefore be said that this is still a direct port area, and in addition, perfectly connected to the S7 and A1 roads.

Together with the port authorities, we are trying to create a vision of a fifth-generation port. Typically, as part of this vision, the port is one of the main development engines of the city’s economy, also developing the entire industrial zone. Therefore, we are not focusing only on terminals or cargo handling, but also on the entire industrial zone, which exists in a kind of symbiosis with the wharfs.

What facilities are there for your potential investors?Interview with Alan Aleksandrowicz, CEO of Gdansk Economic Devetoprnen1 Agency between 2008-2019. From 2019 Vice-Mayor of Gdansk.

On the one hand, we are trying to prepare a package of “investment incentives”, which we are developing with a group of institutions closely cooperating with us. On the other hand, there are a whole range of attractive exemptions from income tax and property tax.

On a daily basis, we cooperate with the team from Invest in Pomerania, who support and simplify administrative procedures. We try as far as possible to simplify the process of obtaining agreements or necessary permits. We do this regardless of the location.

It is worth mentioning that we care about recruitment processes. Often, the measure of the success of a given investment is the protection of human resources or talents. We also adjust the functioning of public transport to suit emerging industrial projects.

We also have an advisory team, used mainly for feasibility studies or business plans for urban projects, but very often, our team conducts all the necessary studies and analyses, and if investors need such support, we provide it.

To sum up - we invite you to invest in Gdańsk; we will help you feel at home here.