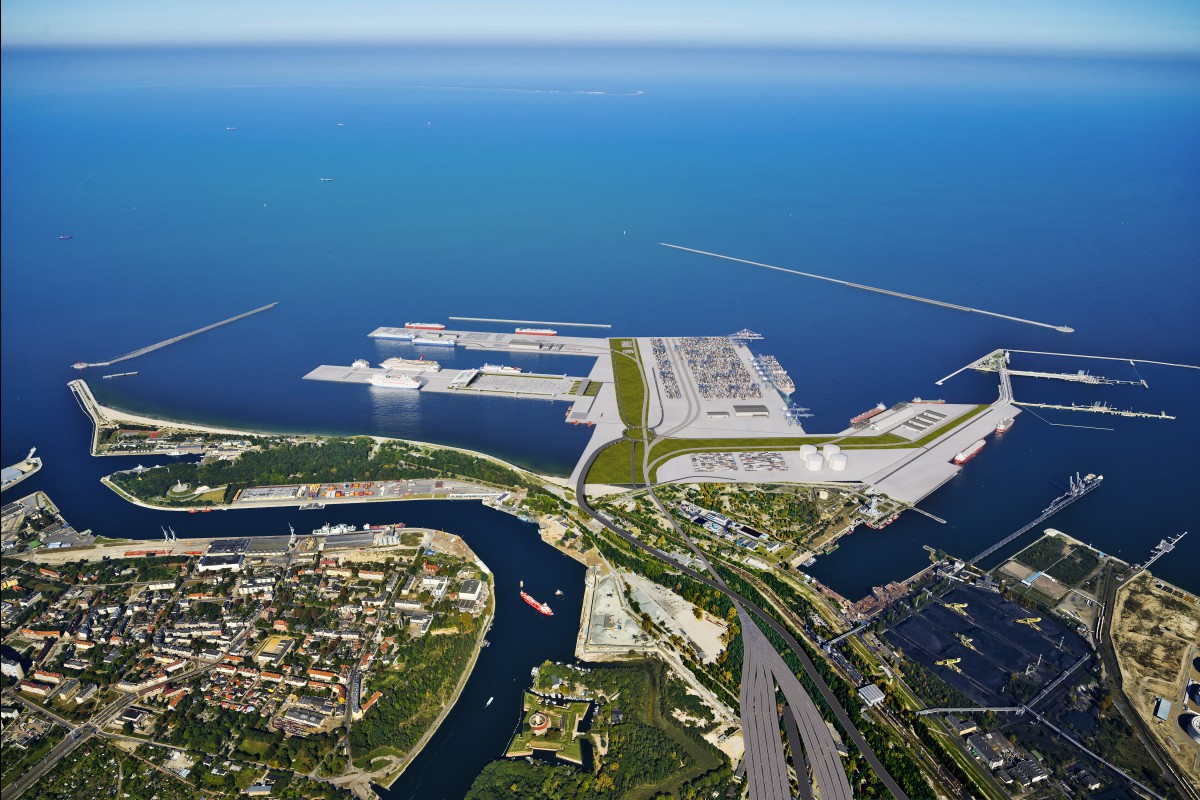 The Port of Gdansk Authority acquired an consultant that will help them with construction of the Central Port. The agreement with DS Consulting was signed on Wednesday. The company will support the construction in the public-private partnership formula.

- We have signed a contract with an consultant who will help us choose a partner for building the Central Port. Together with DS Consulting, we will once again examine the market demand for this type of infrastructure, to be 100% sure that our investment plans will not hang in a vacuum, but will simply be commercialized very quickly and will bring money. In addition, we will once again analyze the concept we received, precisely from the hydro-technical point of view, as to develop target model, and prepare a feasibility study for the entire project - Łukasz Greinke, President of the Port of Gdansk Authority, said.

He added that currently the Port of Gdansk can realistically reload 70 million tons of goods. After the construction of the Central Port, this number will increase to 120 million tons.

Rafał Szporko, president of DS Consulting, a company specializing in advising public entities, said that the contract signed with the Port of Gdansk Authority is a huge commitment.

- We are at the port's disposal in 13 stages of development, which is included in our contract. First of all, we will conduct some pre-investment analysis to show what the optimal model of cooperation with a partner should be, what should be the division of risks, what are the business perspectives of such an enterprise. Then we will accompany in the so-called market tests, in talks with private partners, and finally in the formal proceedings that will lead to the signing of the PPP contract - explains Rafał Szporko, president of DS Consulting.

As part of the contract, DS Consulting will carry out pre-implementation analysis and provide ongoing business advice, which will cover economic, financial, market, technical and legal issues. In this respect, it will cooperate with subcontractors: Wuprohyd from Gdynia and the Warsaw law firm owned by dr. Rafał Cieślak, specializing in issues of public-private partnership.

Marcin Osowski, Vice President of the Port of Gdansk Authority, said that cooperation with DS Consulting will continue for 4 years. During this time, the company is to support the PGA in talks with potential partners, preparing applications for financing, creating documentation regarding contracts under public-private partnerships with individual contractors.

- The Central Port is a set of eight or nine deep-water terminals, located directly in the waters of the Gulf of Gdańsk, which will allow largest ships to call at out port. When preparing the concept, we have certain assumptions, but it is really the market that will decide what and when it will be created. Even at the very end some plans may be changed due to the volatile market situation - says Marcin Osowski, Vice President of the Port of Gdansk Authority.

He added that the established cooperation will increase the competence of the PGA team, which will allow long-term and effective negotiation of large-scale business contracts. DS Consulting will also be able to acquire increasingly lucrative orders thanks to port projects. Osowski emphasized that these activities would benefit the Port of Gdansk, the Gdańsk Agglomeration and the entire Polish economy.

The final concept of the Central Port was presented by the Port of Gdansk Authority in May this year. It will consist of terminals and deep-water quays for various purposes. Container and passenger terminals, offshore, LNG and shipyard space are to be located on approx. 410 hectares of land. The project received government support, including from Ministry of Maritime Economy and Inland Navigation, Prime Minister Beata Szydło and Prime Minister Mateusz Morawiecki. The investment costs12 billion PLN, including expenses on the part of the maritime administration for the construction of breakwaters, turntables and approach tracks.

Port of Gdansk closed first half of 2019 with a record result of 27.3 million tons transshipped goods. The Port of Gdansk Authority manages the seaport of Gdańsk, which is a key trade node in the region. The port infrastructure includes eight quays with a length of over 20 km.