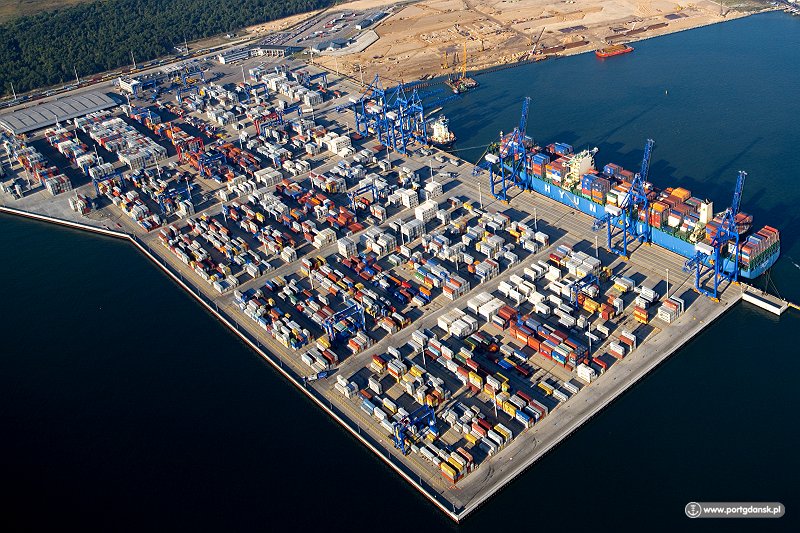 Seaports, Shipping, Logistics
Gdansk is not slowing down - summary of the 1st quarter of 2016

For quite a long time now, the Port of Gdansk has been able to celebrate success not only in the infrastructure field, where nearly every month brings information about the completion of new investment projects at the port, but also in the area of transshipment volumes. This was also the case in the 1st quarter of this year, when the dynamics of commodity turnover at the port were even higher than a year ago.

EnlargeSince January, a total of almost 9 million tonnes of cargo were transshipped on the quays of Gdansk's port, i.e. more than half a million more than in the previous year, out of which as much as 40% was general cargo and 31% was liquid fuels. The proportion is the exact opposite of that from the end of last year. Then, fuels accounted for 41% of Gdansk's turnover, while general cargo for 33%. Thischange is mainly the result of very good transshipment results in the area of containerised goods, of which as many as 307,939 TEUs were handled during the 1st quarter of this year, which is nearly as much as in the 1st quarter of 2014 - which was a record year for containers - and as much as 11.7% more than in the previous year.

EnlargeA huge 78% increase in commodity turnover was reported in the transshipment of coal. After only 3 months of this year, as many as 1.25 million tonnes of this raw material passed through the Port of Gdansk. This result may equal the results from over a decade ago, when coal transshipments in the 1st quarter were at the level of 1.4-1.5 million tonnes. 2013 was also quite good in this respect, but the results from subsequent months brought quite a significant slowdown in coal turnover.

EnlargeThe transshipment of other bulk cargo is also worth noting (1,001,680 tonnes, including 79,808 tonnes of ore), which showed an increase of as much as 38% in the 1st quarter compared to the same period last year. Such high dynamics are the effect of a large jump in the transshipment of aggregate - of which Gdansk handled 52% more in the 1st quarter of this year than a year ago.

EnlargeA nearly 8% increase was also recorded in the ro-ro type of transshipments, primarily thanks to the Gdansk - Nynashamn ferry line. Since the ferry was changed by the operator last year and the cargo line extended, successive growth in this type of transport can be observed in Gdansk.

EnlargeThe 1st quarter did not go without decreases, however. These were recorded in the liquid fuels group (2.71 million tonnes, i.e. -22%) and the cereals group (354.4 thousand tonnes, i.e. -19%). While lower turnover in the first of the above-mentioned groups seems to be a temporary decrease, since already in the first days of April more than half a million tonnes of fuels were transshipped on Gdansk's quays, the downward trend in the turnover of cereals has been evident for several months now. This is due to the very low cereal purchase prices, which have been this way for some time now, particularly in the case of milling wheat, both in Poland and abroad, and the competitive price of this cereal in the Czech Republic and Slovakia.

The nearly 9-million tonne result in cargo turnover in the 1st quarter of this year inspires optimism for the coming periods. The over 6% increase compared to the previous year, which went down in history as a record year for the Polish maritime economy, shows that Gdansk is not slowing down - quite the reverse. If the turnover dynamics stay at a similar level for the remaining part of the year, it is possible that we could celebrate yet another record in December, nearing 38 million tonnes this time. Whether this will be the case, we are yet to discover. However, we know that similar reports have already been made by ports in Riga and Klaipeda, which recorded 9.1 million tonnes and 9.9 million tonnes respectively in the 1st quarter of this year, while Gdansk recorded 8.8 million tonnes. This confirms that the level of transshipments in the Baltic is quite balanced, and the battle for the leading position in the ranking of our sea basin is ongoing.