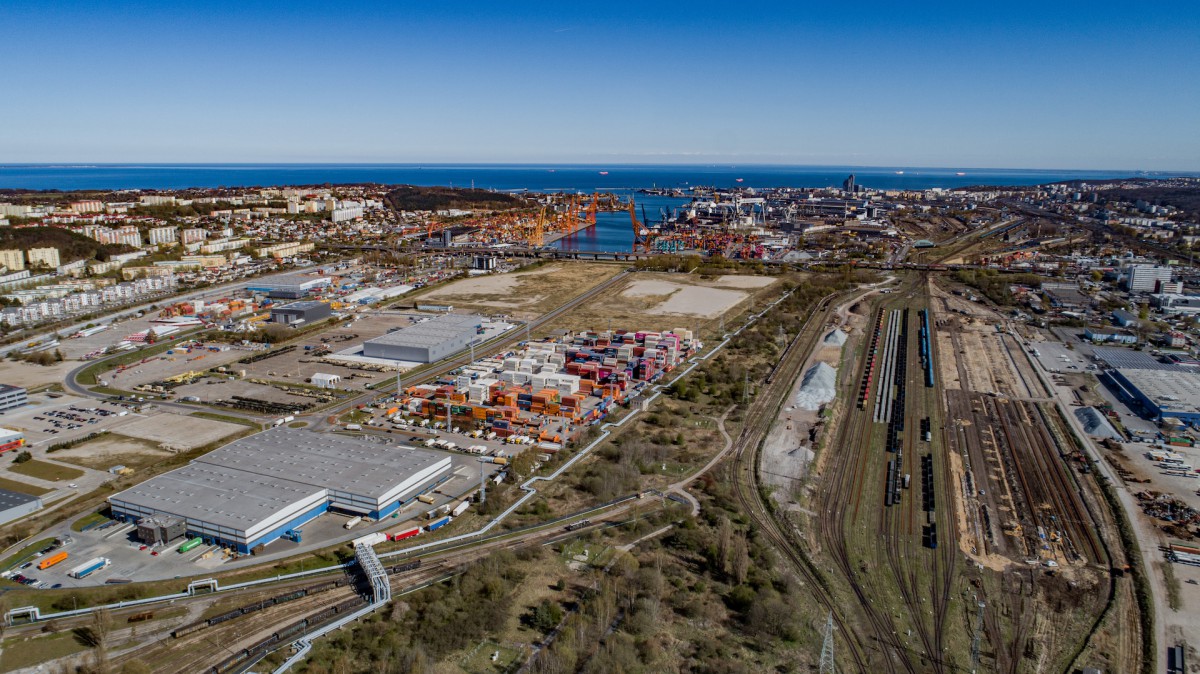 Today Gdynia Port is a huge construction site. In addition to investments  implemented by the Port of Gdynia Authority, such as contruction of Public Transport Terminal, recontruction of quays and deepening of the port basins or widening of the port entrance to 140 meters, now as much as 150 km of tracks are currently being rebuilt on port's territory as a part of the giant PKP PLK investement. The contract named "Improving rail access to the seaport of Gdynia" amounts to 1829500000 gross; 1529280253.96 PLN net. The contractor is Budimex S.A.

As part of the investment, access to the port gates will also be electrified. The efficiency of handling trains will be ensured by 356 new switches. Trains operating at the Port of Gdynia will be supervised by a new local control center. The reconstruction will cover 13 km of roads. Two rail and road crossings will be modernized. Building of two railway viaducts and reconstruction of the bridge will also facilitate railway communication. nvestments will significantly improve the conditions for the carriage of goods by rail. Longer trains - 740 m and heavier -22.5 tons per axle will come.

At present, the Gdynia Port station continues working on drainage, construction of the water supply and sanitary sewage system. The old overhead contact line and rail traffic control system devices are dismantled. Over 54 km of old tracks and almost 100 switches have been removed, which will be replaced by the new infrastructure. The new turnouts will enable efficient passage of trains from track to track. Over 150,000 railroad ties and over 10 km of rails have been prepared for the first stage of construction of the new track system.

The total value of projects in Tri-City ports is over PLN 2.6 billion net, including almost 40% constituting EU funding - from the funds of the Connecting Europe Facility (CEF) financial instrument - "Connecting Europe". Completion of work is scheduled for the end of 2021.