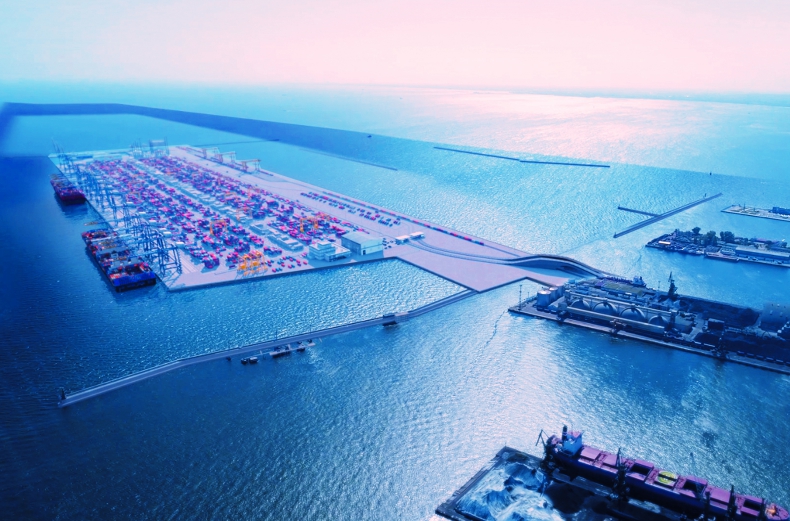 Seaports, Shipping, Logistics
Government support in the development plans of the Port of Gdynia

On September 17 Polish parliament decided to recapitalize the ports with bonds in the amount of PLN 1 billion, in order to increase the share capital and to build strategic infrastructure elements ensuring access to ports (including external breakwaters). Port of Gdynia Authority S.A. is to receive securities in the amount of EUR 150 million. The funds will be allocated to the construction of the external breakwater, which is an essential element for the improvement of navigation conditions in the Port of Gdynia. The construction of a new breakwater offers the prospect of further dynamic development of the port. One of the strategic investments of the Port of Gdynia is the Outer Port.

In the coming days, a tender will be announced for the selection of a Private Partner who will be both the builder and the operator of the Outer Port. The investment called "Outer Port in the Port of Gdynia" is a priority task of the Port of Gdynia Authority S.A., which has been approved by the Government of the Republic of Poland and has been included in the government draft Program for the development of Polish seaports until 2020 (with a perspective until 2030). The Deepwater Outer Port will be built on the basis of the existing Silesian Quay - on artificial land extending beyond the current protective breakwater. Its construction has become a necessity in the face of growing market competition and forecasts regarding the demand for container reloading in Polish seaports, which say that it will increase to the level of approximately 9.5 million TEU in 2050. The Port of Gdynia Authority intends to implement an investment which is strategic from the point of view of further development, increasing the port's handling potential and the competitive position in the Baltic Sea region in the PPP formula. It allows the use of capital, knowledge and experience of the private sector in financing investments and public services.

- Many ports were built in the PPP formula. It is perfectly appropriate as it provides financing, and is assumed to be much more effective than the traditional implementation, and studies show that such investments are much faster done. Most importantly, this type of investment must be beneficial to the broadly understood public interest. Each time, in-depth analyzes are carried out and potential partners are discussed - all this has been done in the case of the Outer Port. The results of the analyzes clearly indicate that the PPP formula of the Outer Port investment is optimal - says Alina Sarnacka, Public-Private Partnership specialist.

The Outer Port is priority for the Port of Gdynia Authority S.A. Which is consistently pursuing the next milestones of this project. Thanks to this huge investment, over 700 new jobs will be created in the terminal itself and over 4,200 in the industry environment, and the estimated state budget revenues will amount to PLN 3 to even 4 billion each year, not counting what already generates the activity of all terminals in Port of Gdynia. In the first year, the forecast turnover in the container terminal will amount to approximately 13% of the maximum, while in the second year it will be approximately 26%. This means that the revenues to the State Budget will exceed the sum of the investment outlays incurred by the Maritime Office already in the second year of operation of the terminal.

- This is the last moment to start implementing this project, which is an investment for decades - we cannot look at it in terms of demand from the perspective of a year or two, if it is to serve us for 30, 40 or even 50 years. It is high time for us to start implementing large projects in the PPP formula in Poland and this project is ideally suited for this undertaking. By carrying out a series of analyzes related to this, we had the opportunity to talk to investors many times, who indicate that in order for this project to be successful, it must have a world-class port operator who knows this business. This partner should not only be the operator, but should also have an impact on this investment from the beginning, be able to clarify it and implement it fully according to his expectations - commented Maciej Ziomek - representative the consulting company EY.