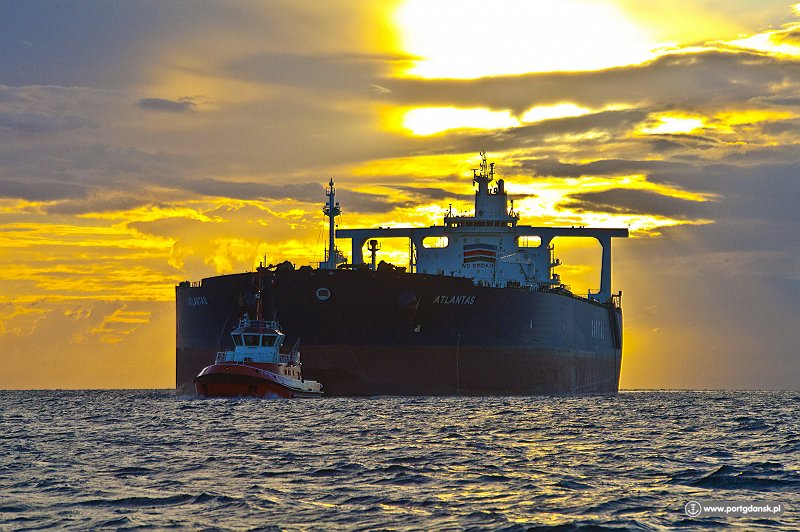 Seaports, Shipping, Logistics
The largest oil tanker in history at the Port of Gdansk

On 15 August, the largest oil tanker in history - the size of three football fields - moored at the Naftoport Liquid Fuel Terminal at the Port of Gdansk, bringing nearly 300,000 tonnes of oil from Iran. This is the first operation of this type since the moment that international sanctions against Iran regarding oil trade were lifted. In practice, opening US and EU markets to Iran's resources - the second largest oil deposits in the world - means that Polish refineries, too, will be able to purchase this raw material from Iran.

Lotos already took advantage of this opportunity and signed a contract for a test delivery of 2 million barrels of oil, which set off on board the Atlantas ship from the Kharg export terminal located on a small Iranian island situated in the North of the Persian Gulf at the end of June, reaching Gdansk's port two months later.

Due to its size, the ship could not travel via the Suez Canal - Atlantas is a VLCC (Very Large Crude Carrier) type of ship - up to 60 m wide, up to 333 m long, with a maximum draught up to 22.5 m (2.5 m more than permissible in the Suez Canal). Such parameters made it impossible for the vessel not only to cross the Suez Canal, but also the Danish straits, where the maximum permissible draught of a ship is 15 m. On that account, before sailing into the straits, Atlantas was partially unloaded using the STS system in the roadstead of the Frederikshavn port in Denmark in order to decrease the vessel's draught and make it possible for it to enter the Baltic Sea.

STS, i.e. ship-to-ship transfer is a very interesting operation enabling the transshipment of liquid cargo directly from one ship to another, even during voyage.

Partially unloaded, Atlantas entered the Port of Gdansk on 15 August, together with the Calida tanker transporting the remaining part of the cargo. The cargo from both vessels is pumped via pipelines directly to the tanks of Lotos and PERN.

The first delivery of Iranian oil after the market was freed up is yet another step towards the policy of diversifying energy deliveries to Poland, and another confirmation of the fact that Poland is establishing new trade relations, moving in previously unused directions.