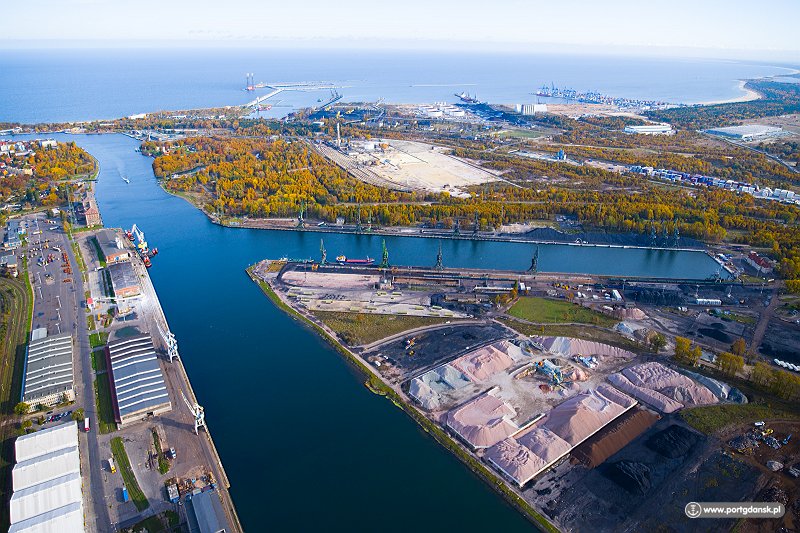 The next 4.5 years will be marked by intensive investment work for the Port of Gdansk Authority SA. Several days ago, we described the detailed scope of projects involving the modernisation and expansion of road and railway infrastructure at the Outer Port. However, this does not exhaust the list of tasks facing the port in the immediate future. As part of the Connecting Europe Facility (CEF), the Port of Gdansk Authority SA also received funding for the preparation of project and environmental documentation for the expansion and modernisation of core network hubs in terms of road and railway infrastructure on the right bank of the Inner Port (the area of Basen Gorniczy and nabrzeże Przemyslowe). The project in question will be carried out in cooperation with the Gdansk Municipality based on a cooperation agreement concluded between the two parties.

EnlargeProject documentation developed by PGA SA will include road and railway infrastructure at the Port of Gdansk in the area of Basen Gorniczy and nabrzeze Przemyslowe, including transport lines and technical routes for the handling of contracting partners and the adjacent quays in both areas.

EnlargeThe investment will involve the preparation of documentation for the possible change of location of the route at nabrzeze Weglowe and moving it to the second quay line. A modification of the railway system and of the number of tracks in the area of nabrzeze Rudowe and nabrzeze Weglowe is also planned. Right next to that area, near the present Dworzec Drzewny, a new railway system will be designed, opposite in relation to the existing one. The design of a system parallel to the quay is therefore planned, in place of the current perpendicular one. In the second line of nabrzeze Przemyslowe, a new road and railway network will be designed in order to improve access to the area, including technical transport used on the port's internal roads in this area. The planned load capacity on the technical routes and transport lines within the internal areas of the port covered by the project will exceed 115 kN/axle. This means that the internal roads in this area of the port will be suited to oversize and overweight load vehicle transport.

EnlargeParallel to the port's design work, the Gdansk Municipality will be carrying out its own projects, focusing mainly on the municipal road system including ulica Ku Ujsciu, Kujawska, and Chemikow, with exits to adjacent areas. The entire project documentation will also include the improvement of the streets' load capacities and geometric parameters.

All of the designs will be correlated at contact points with the PKP PLK S.A. project, involving the modernisation of the stations serving the Port of Gdansk in this area, i.e. the Gdansk Port Polnocny and Gdansk Kanal Kaszubski.

EnlargeThe undertakings described above comprise a huge investment programme by the Port of Gdansk Authority SA, which will make it possible to complete the long-term complex process of improving key access road and railway infrastructure at the Port of Gdansk by 2020. Thus, the port will gain a completely new face, which will undoubtedly contribute to enhancing the image of the port as the country's key logistics hub and improve its access and the quality of handling land traffic at the port, which will also translate into increasing its competitiveness on the market. The undertakings planned for the forthcoming period, both the design-related ones at the Inner Port and the construction-related ones, such as the expansion and modernisation of road and railway infrastructure at the Outer Port, described on www.portgdansk.pl last week, will amount to EUR 30 million, out of which nearly EUR 25 million will be sourced from EU grants. This will undoubtedly be money well-invested - the effects will soon be felt by the contracting partners and the handling terminals located at the Port of Gdansk.