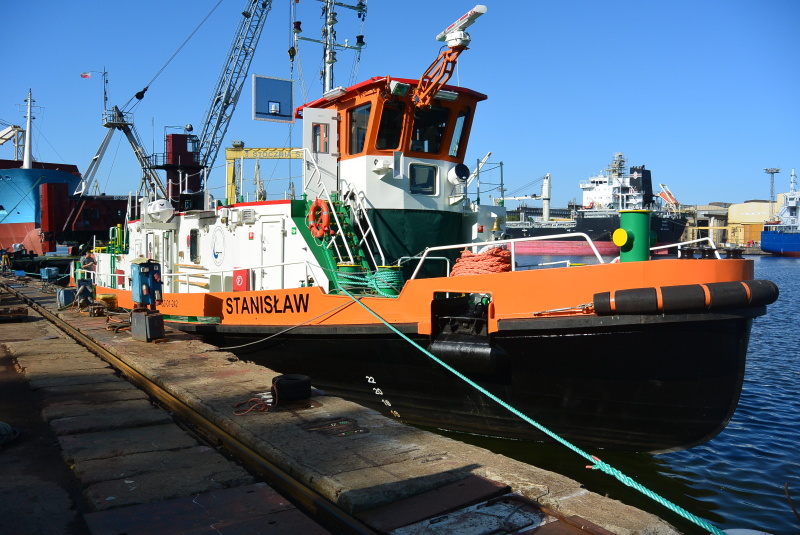 According to the contract, MSR Gryfia will build three line icebreakers and one lead icebreaker. Icebreakers will be built in a „design and build” formula. The shipyard is obliged to design, build and equip as prototype units one line and one lead icebreaker. Then after testing prototype units in the winter season and updating the design documentation, two-line icebreakers will be constructed as a serial unit. MSR Gryfia will be also responsible for providing a necessary infrastructure for servicing icebreakers in order to efficient operations.

Lead icebreaker will be dedicated to breaking the thick ice cover, while the line icebreakers will be used for shredding pieces of crushed ice and prevents the re-formation of ice layers.

All units will be prepared to function as a tug as well as a rescue vessel. Icebreakers will be also adapted to serve as fire brigades through a connection to the power supply of the quenched facility and the oil spill control function by the possibility of installing a barrage drum on board Each of icebreakers will provide housing and social facilities for a six-person crew.

Funds from Operational Programme Infrastructure and Environment 2014-2020 will be used for financing 80 percent of the investment.

The term of the contract was set for the Q4 of 2021. All vessels will be constructed in Szczecin. Vessels will be built under the supervision of Polish Register of Shipping. In 2014 MSR Gryfia delivered two similar icebreakers to the Regional Water Management Office in Szczecin.

At the moment Regional Water Management Office in Gdańsk has five icebreakers at its disposal – Tygrys, Orka, Foka, Żbik, and Rekin, which are from 24 to 31 years old. The building of four new units is a part of the programme to renew the icebreakers’ fleet in Poland. Icebreakers play a key role in flood protection on the Vistula river.