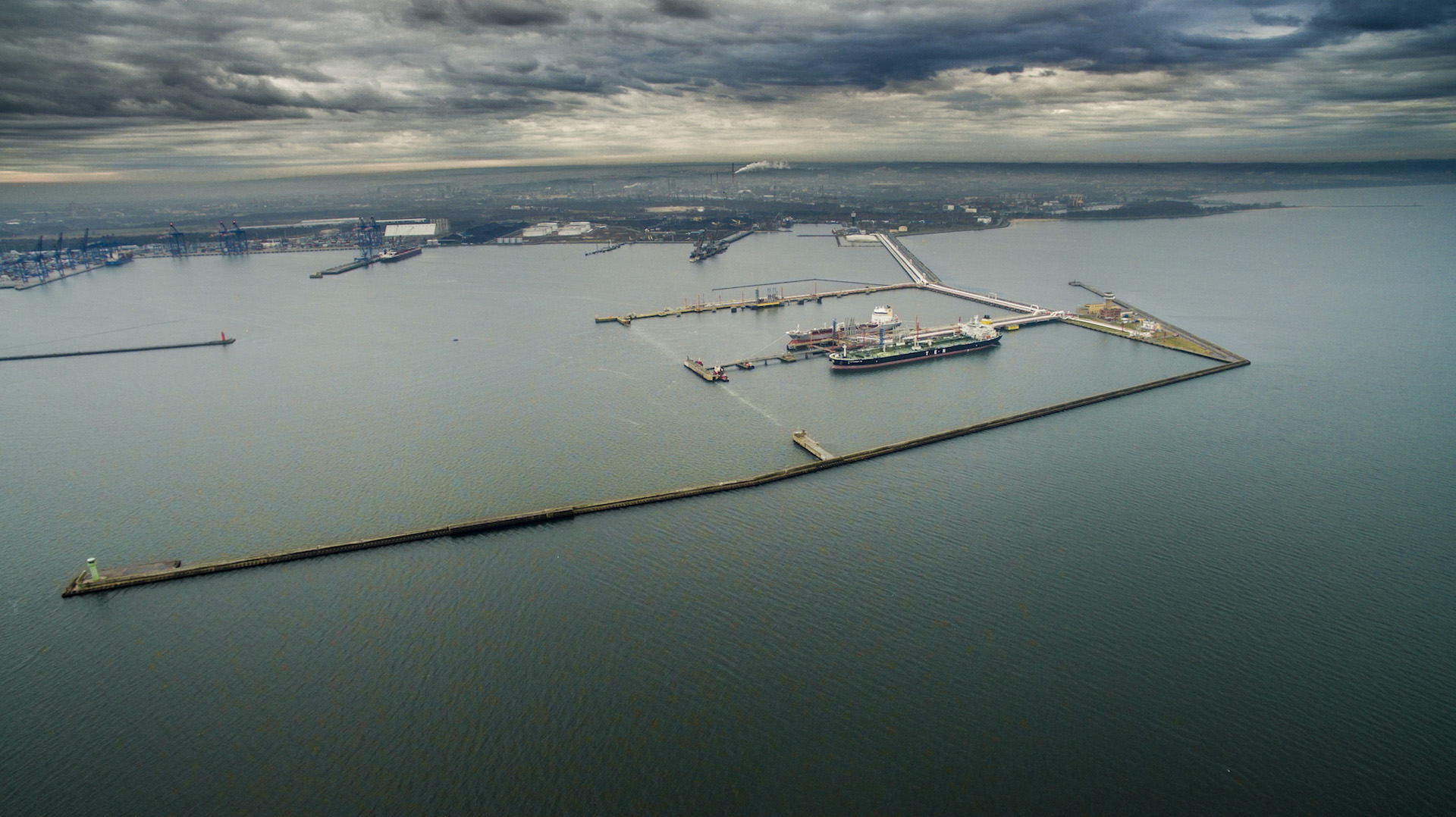 Gdańsk Naftoport is the largest sea terminal for handling liquid fuels in Poland. Along with the newly established PERN Oil Terminal it is the first facility in the country to operate as a sea fuel hub. The importance of Naftoport in recent years has clearly increased in connection with the policy of the diversification of oil purchases, aimed at making Poland independent from Russian oil supplies, which are mainly imported through the pipeline system.

Naftoport ended 2017 with a total of 12.5 million tons. This is the fourth largest amount in the entire history of the terminal. A number of investments made in recent years have resulted in a much higher transshipment potential in the port . At present, Naftoport has five modern stations for handling liquid fuels, which enable the efficient transshipment of over 44 million tons of fuels per year. The terminal can also handle the largest tankers with a draft of up to 17 meters and a length of about 350 meters.

In recent years, oil has reached Naftoport mainly from the Middle East, i.e. Saudi Arabia and Iraq, and since 2016, which is from the moment the US and UN loosened their sanctions, - Iran. In 2017, the first deliveries of oil from the USA and Canada also appeared. It is worth noting that Russian oil comes to Poland not only by pipeline - there are also regular deliveries of REPCO oil from Russia by sea - explains Andrzej Brzóska, the President of Naftoport.

In 2016, in the immediate vicinity of Naftoport, the PERN Oil Terminal was opened, which owns tanks with a capacity of 375 thousand tons. In the next two years, it is planned to build more tanks and double this number. The Oil Terminal plays a large role in the energy security of Poland and the region. It has been included in the list of Projects of Common Interest of the European Union. Not far away, there is also the PERN warehouse base in Gdańsk, which can hold another 900 thousand tons of liquid fuels in 18 tanks. The construction of an additional 2 tanks has also begun here, which will increase the storage capacity of the base by 200 thousand tons to 1.1 million tons.

An important impulse for the development of infrastructure for transshipment and storage were the enormous investments at the nearby refinery in Gdańsk belonging to the Lotos Group. Thanks to the state-of-the-art installations built in 2007-2010 under the 10+ Program, it processes 10.5 million tons of oil per year. This program was the largest industrial investment of the last decade in Poland, worth nearly EUR 1.43 billion. Global suppliers of the latest technologies for the oil industry - Shell, ABB, CB & I, KBR, Technip and Lurgi - were involved in its implementation. The use of the latest technologies has made it a "green refinery", friendly and safe for the environment.

Poland is in 8th position as a consumer, processor and importer of crude oil in the European Union. In 2016, crude oil consumption amounted to 536.7 thousand barrels per day, the production of refined fuels amounted to 568.2 thousand b/d and imports amounted to 532.3 thousand b/d. At the same time, own oil extraction amounted to just 18.6 thousand b/d. Thus, the figures clearly indicate that Naftoport, together with the PERN Oil Terminal in Gdańsk, create the necessary facilities for further growth in the turnover of liquid fuels by sea and guarantee the possibility of the diversification of crude oil supplies to Poland. Moreover, the developed reloading and storage infrastructure creates new opportunities for traders on the oil and fuel market.