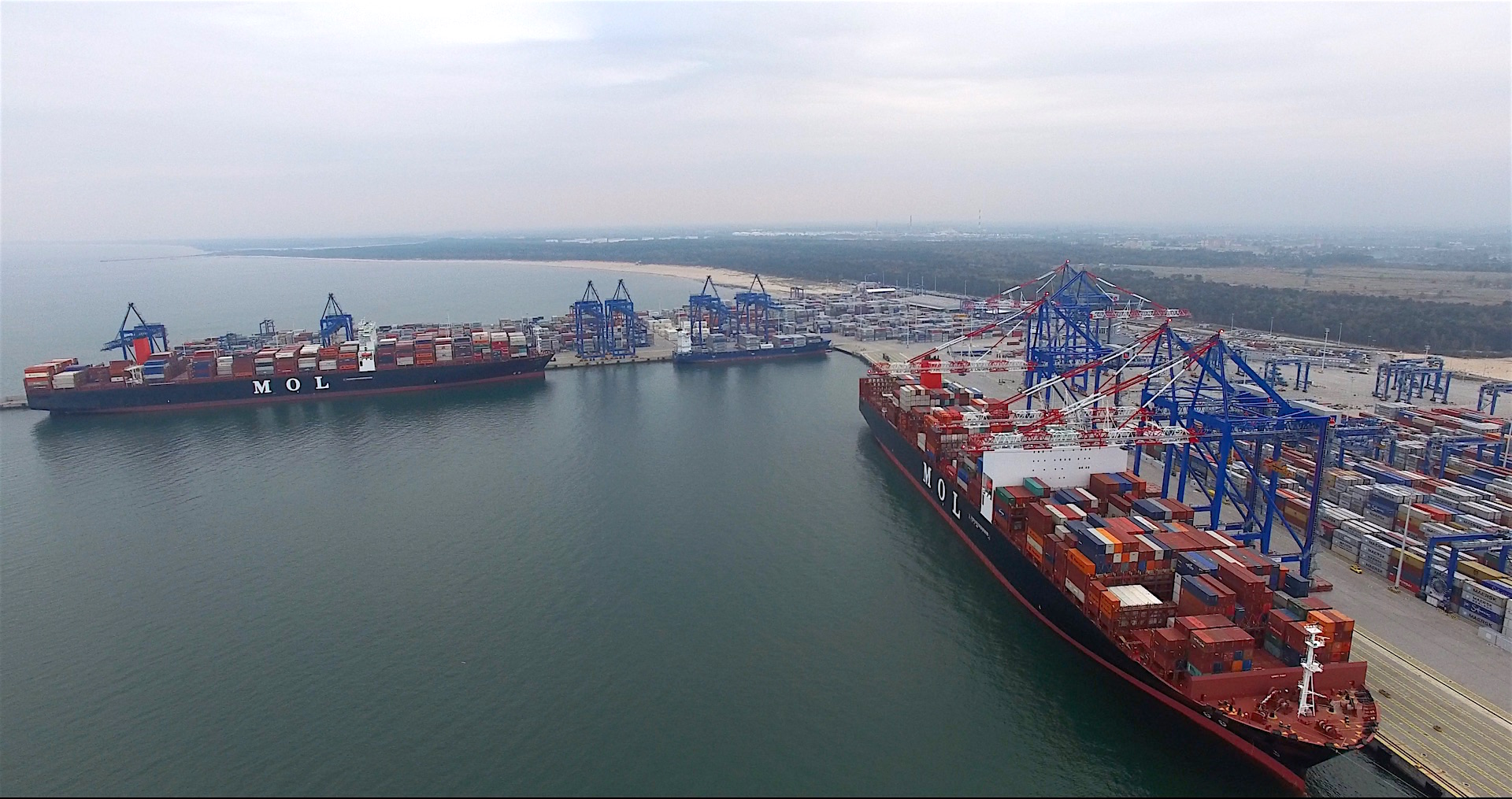 Seaports, Shipping, Logistics
New container era at the Port of Gdansk and a visit by the Minister of Maritime Economy and Inland Navigation

24 October 2016 will undoubtedly go down in history, as on this day two very important events for the future of the maritime industry took place at the Port of Gdansk. The first one was the ceremonial completion of the expansion of the DCT container terminal. The other, an official visit by the Minister of Maritime Economy and Inland Navigation and the Deputy Minister of Transport of the People's Republic of China, who signed a new agreement on closer Polish-Chinese cooperation in the field of maritime economy.

The concept behind the construction goes back to the late 1990s. It resulted from the growing potential of deepwater trade routes in the Baltic basin. It was also a response to the growing role of containerisation in sea transport. Although at the time the Gdansk Container Terminal was thriving at the Port of Gdansk, its parameters prohibited the handling of large ships. Hence, the idea of filling this gap and building deepwater berths adapted to handle large container ships arose in Gdansk.

Towards the end of 2005, in October, building work began, resulting - just over a year later - in the construction of the first deepwater container terminal in Poland, with annual throughput capacity of 500,000 TEU. The first container ship, the ship Götaland, with a capacity of 822 TEU, called at the terminal on 1 June 2007, thus inaugurating its operational activity.

The year 2010 brought another turning point, when on 4 January, the Maersk Taikung vessel entered Gdansk's port and initiated the first direct weekly link to Asia. From that moment on, container transshipments began to reach impressive volumes in Gdansk. Within the first year from the launch of the ocean link, the container volume exceeded half a million 20-foot containers and elevated Gdansk to a high, fourth position among the largest container ports in the Baltic Sea. Two years later, in 2012, Gdansk became number two in the ranking for the first time, outdistanced only by St. Petersburg and outclassing the Port of Gothenburg, which had been either first or second in the ranking right from the beginning of the 21st century. The DCT terminal exceeded the first million containers within only three years from the launch of the ocean link. At the time, in 2013, container volume at the Port of Gdansk amounted to 1.18 million TEU.

It was at this point that the idea of expanding the DCT container terminal, making it possible to double the annual handling potential to a level of 3 million TEU, began to be considered. These plans were soon implemented, and in January 2015, the construction of a new quay began. Its ceremonial opening took place on 24 October 2016. In this way, yet another important stage in the development of the Port of Gdansk in the process of enhancing its position in East-Central Europe has begun.

The terminal is additionally equipped with 35 rubber tyred gantry cranes, including 15 fully electrified ones, enabling the handling of cargo in the yards based on the highest environmental standards. There are also more than 30 new terminal tractors and nearly 490 new spots for refrigerated containers.

The opening of the terminal coincided with another important event at the Port of Gdansk. On the same day, an official delegation of representatives of the Polish and Chinese ministries visited the port: Marek Grobarczyk - Minister of Maritime Economy and Inland Navigation and He Jianzhong - Deputy Minister of Transport of the People's Republic of China. The ministers were accompanied by representatives of the Chinese-Polish Joint Stock Shipping Company and the largest Chinese container shipping company, Cosco, who visited the newly launched T2 terminal at DCT Gdansk and, after that, the Port Master's Office. This is where a letter of intent concerning Polish-Chinese relations in terms of the development of both countries' maritime economy was ceremonially signed. This event will give rise to further development of Polish-Chinese cooperation in the context of the Silk Road and broadly-defined trade.

Thus, 24 October went down in history as one of the more important days in the history of the Polish maritime economy, initiating a new container era for Poland and outlining a new, deeper dimension in Polish-Chinese maritime relations.