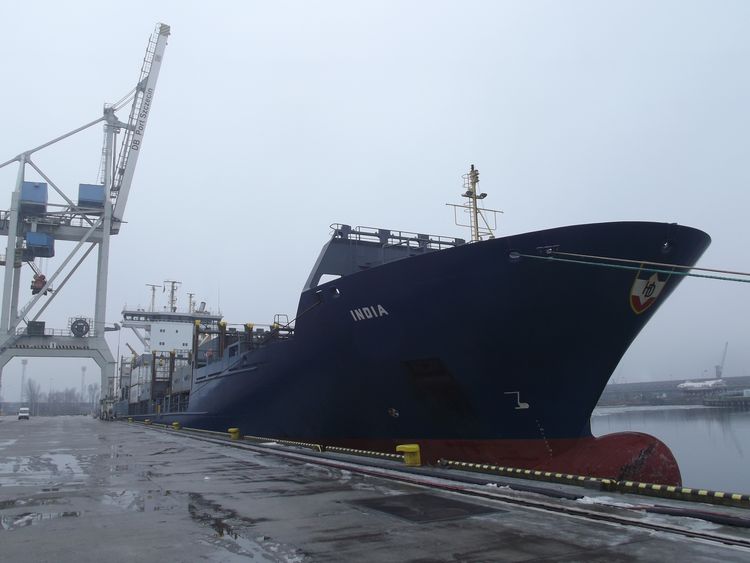 The port of Szczecin included Seago Line, a Danish operator, in its network of container services. The first call took place on 12th January this year.

The weekly Sweden Link 2 service will be provided by m/v India and m/v Neuenfelde, respectively 814 and 868 TEU. The ships are expected to call at Szczecin on Tuesdays. Apart from the Szczecin terminal, on their route they call at such ports as Gdańsk, Bremerhaven, Hamburg, Helsingborg and Aarhus.  The first call took place on 12th January this year.

At the moment, the network of services to and from ports of Szczecin and Świnoujście includes four scheduled container services to other European ports.

The volume of containers handled in the Szczecin-Świnoujście Port Complex has been steadily growing. In 2015 the ports handled 87.719 TEU, which accounts for 12% increase comparing with 2014, whereas in 2014 they recorded 78,439 TEU, which was 26% increase in relation to 2013.