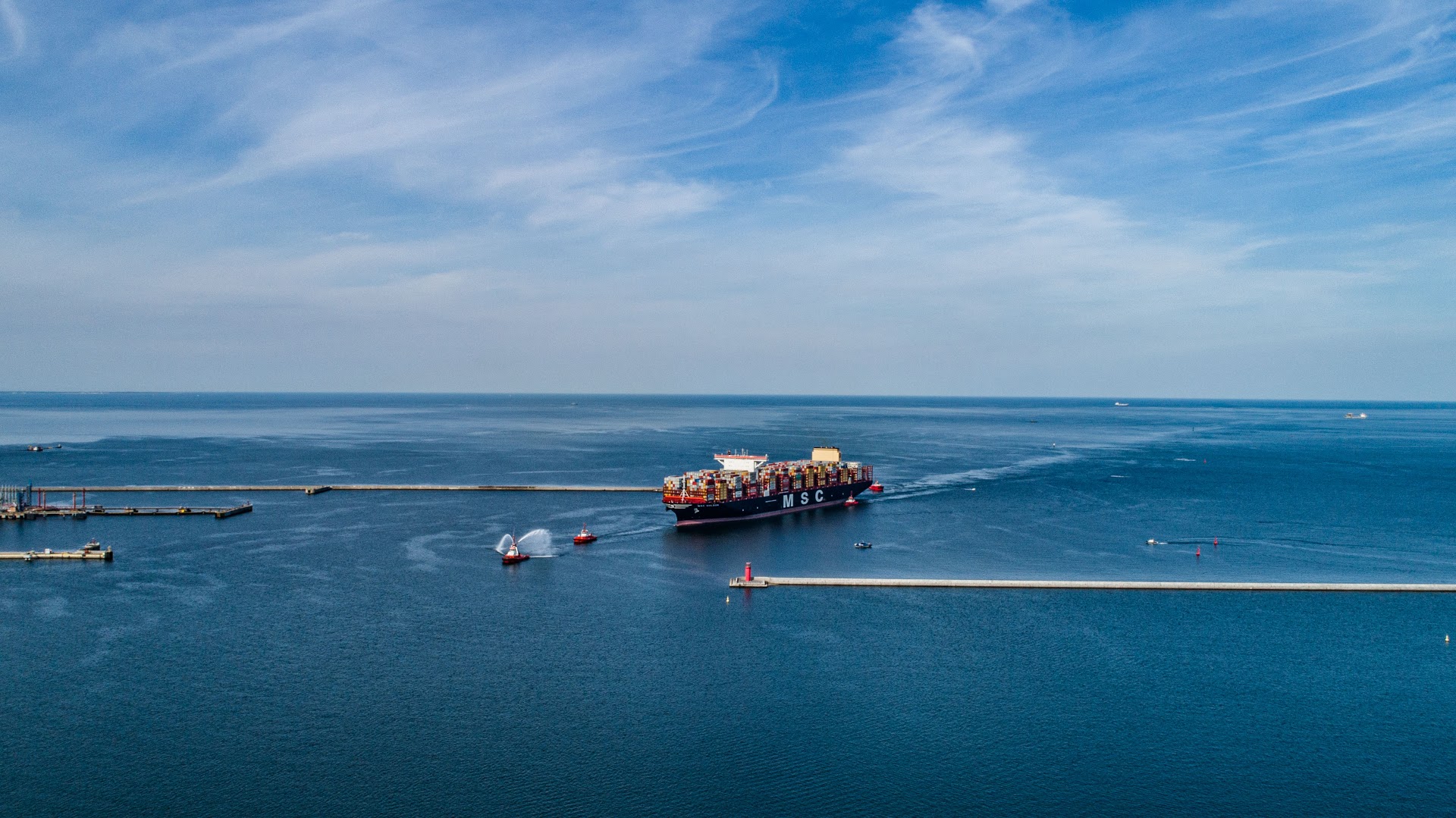 Seaports, Shipping, Logistics
OCEAN2020 - in the middle of the journey

The OCEAN2020 project, dedicated to building a comprehensive Maritime Situational Awareness (MSA), is currently at middle of the realization.

Polska Grupa Zbrojeniowa SA and, as a part of it, Ośrodek Badawczo-Rozwojowy Centrum Techniki Morskiej S.A., are actively involved in this large-scale European research and development project, funded by the European Union’s Preparatory Action on Defence Research and implemented by the European Defence Agency (EDA). The aim of the project is to demonstrate enhanced situational awareness in the maritime domain, making extensive use of innovative technologies, including the comprehensive use of unmanned systems, in the area of collecting, analyzing, fusing and distributing information about the threats in the maritime environment.

The solutions developed under the OCEAN2020 project will ultimately contribute to increasing the level of security of navigation at sea areas under the jurisdiction of EU Member States.

Led by Leonardo, this International initiative gathers 43 partners from 15 countries.

The project implementation schedule assumed the conduct of two naval demonstration trials of the designed systems, the first one was held in the Mediterranean Sea (Med Sea Demo) in November 2019 in the waters of the Gulf of Taranto.

The scale of this endeavor included the use of 9 unmanned systems, aerial, surface and underwater, five ships belonging to the navies of Italy, Spain, Greece and France, and elements of the Maritime Operational Center (MOC). As part of the implemented scenarios, the forces monitored sea area aimed at early detection and neutralization of threats. Advanced technologies in the areas of communication, command and reconnaissance, including technologies and satellite links, were widely used in the conducted activities.

The main condition for success of the first sea demonstration was the integration of all the forces and resources involved in the exercise within one coherent system, ensuring the exchange of reconnaissance information and data obtained from the sensors of unmanned systems in real time. The adopted solutions effectively supported the building of a comprehensive picture of the operational and tactical situation at sea, ensuring increased effectiveness of decision-making processes and force command for the purposes of counteracting sea threats.

The successful sea demonstration and the completion of the evaluation process of the obtained materials, as well as the collection of conclusions about the use of unmanned systems, constitute a milestone. It represents the implementation of half of the scope of work planned for implementation in the frame of the whole project.

In the process of preparing and implementing the demonstration of the system in the Mediterranean Sea, the Italian Navy coordinated the exercise responsible for individual activities, the most important of which were:

The Polish contribution was the development of a tool enabling the analysis of data collected during the exercise, under the so-called ” post mission analysis process”. Bearing in mind the conditions of the OCEAN2020 project, regarding the possibility of using the tool by all consortium members under the project, OBR CTM S.A. developed a solution using GIS geoinformation software (QGIS).

Fulfilling the requirements set for this analytical tool, a solution was designed to recreate the tactical and operational situation allowing for:

• static and dynamic imaging of planned and actual routes of movement of own forces and other surface facilities, including the forces of the opponent, taking into account the standards of tactical situation description;
• adding and correlating all kinds of additional information with the object and its route;
• possibility to attach ("nest") video material and image recognition from the system's sensor elements in connection with the position of the target object or a specific sensor carrier, according to the time and place.

In addition, the use of the functionalities offered by GIS software provides the possibility of conducting a number of quantitative and qualitative analyses. They are useful in the process of evaluating activities, such as the effectiveness of the use of forces and resources or the analysis of the accuracy of determining the position of the object-target by various elements of the system.

The overall results of the research carried out as part of the maritime tests of the designed system will be used for further work under OCEAN2020, as well as in subsequent projects.

Another project managed by OBR CTM S.A., which entering its final phase, is the implementation of the work package "Human Factor", which is a typical example of research activity aimed at achieving measurable goals in the near future.

Previous experience of OBR CTM S.A. collected during the design of command systems, as well as the constant interest in searching for innovating solutions in this area, enables a multi-level analysis of human-technology interactions taking place between end users of current or future maritime systems.
In the process of designing future combat systems, highly supported with technology and information, and largely automated or even equipped with elements of the so-called "Artificial intelligence" or self-learning, it is important to identify trends or indicate future solutions to minimize the risks resulting from the limitations characteristic of the human factor (operator errors or inaction).

"Human Factor" is focused on the improvement of processes resulting from the interaction occurring at the interface between human and machine / system / technology. As part of this package, the analysis covers psychophysical and ergonomic aspects resulting from the presence of the human factor in the system (i.e. the operator).

In the following months, the OCEAN2020 project will prepare and carry out for the realization of a maritime exercise in the Baltic Sea, hosted by the Royal Swedish Navy, supported by SAAB.

One of the elements of the diversified communication system securing the information exchange in relation SHIP to SHORE will be the RKP-8100 radio station produced by OBR CTM S.A. The radio station operates in the frequency range from 1.5 MHz to 512 MHz (HF / VHF / UHF) with the possibility of using the "frequency hopping" mode and maintaining the ability to work in the Link-11 data transmission system. For use as a mobile element of a radio communication system, the radio is integrated with the adapter in order to increase the signal strength to 150 W (for the HF band) and 50 W (for the VHF band).

The planned exercise scenarios will constitute the next step aimed at presenting solutions in the data fusion area and managing large amounts of data in real time, obtained as a result of the comprehensive use of unmanned systems in various configurations.

To sum up, OCEAN2020, based on the direct cooperation of international partners at every stage of the project implementation, enables building a common direction in the EU for the development of systems related to the maritime situational awareness and early identification of threats.

In addition, the base of knowledge gained as a result of cooperation of international entities, the possibility of exchanging experiences and the so-called "Know how" is an added value for OBR CTM S.A., PGZ SA as the leader of the Polish defense industry and the Polish Armed Forces, in particular the Polish Navy.