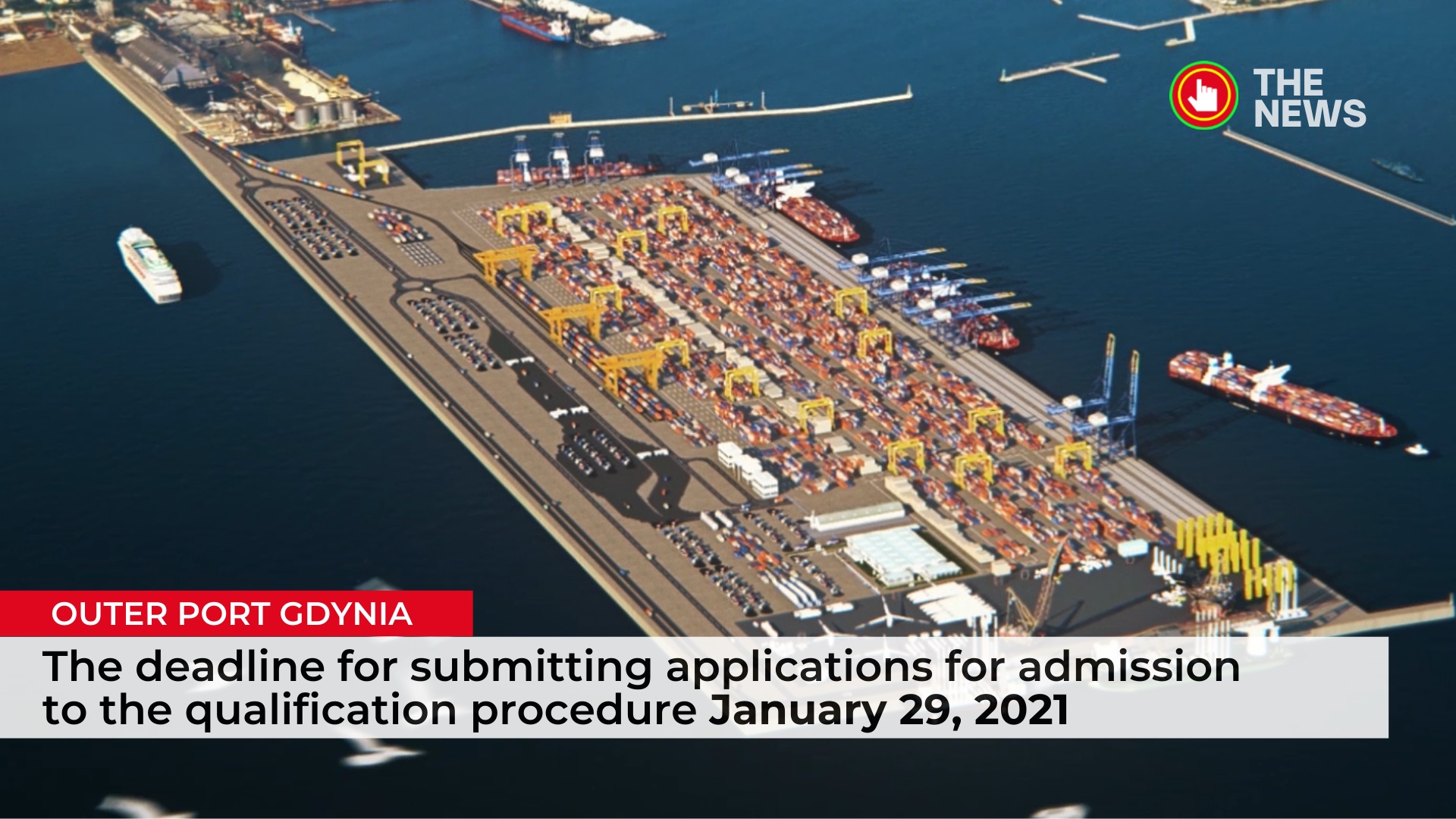 Port of Gdynia functioning in accordance with the Sustainable Development Strategy is constantly cooperating to meet the dynamically developing sector of logistics. We are consistently developing warehouses and logistics facilities. The first of the four high storage warehouses planned for use has been commissioned lately. It is one of the key elements of the so-called Intermodal Logistics Center in the Western Port. On its entire area of 30,000 sqm. In addition to warehouses, there will also be storage yards and necessary road and rail infrastructure. Investments in this area of the port are directly part of the Gdynia 2027 Port Strategy. Our goal is to create favorable conditions for the development of the Trans-European Transport Network (TEN-T). The deadline for submitting applications for admission to the qualification procedure is scheduled for January 29, 2021.

The new Public Ferry Terminal in Gdynia will provide connection with the most important local and national roads. It is an important element of the sixth transport corridor of the TEN – T network. It is a strategic investment for further intensification of traffic on the Gdynia - Karlskrona Motorway of the sea which is perfectly suitable for the constantly growing passenger traffic and trade with Scandinavia. The dynamics of the increase in transshipments in Polish seaports clearly shows that we have to invest in the infrastructure development. The Port of Gdynia has achieved the highest level of transshipments in its history, thus breaking last year's record (2,9% growth).

Port of Gdynia vs pandemic

The difficult economic times that have ensued from the pandemic have shown how important ports are for the continuity of goods supplies. The Port of Gdynia, as a universal port specializing in handling general cargo, mainly unitized, transported in containers and in the ro-ro system, has continued to function without interruption since the beginning of the global pandemic, recording increases in transshipments compared to 2019. This most efficient border of the Polish State is of fundamental importance for the national economy, ensuring the continuity of supplies and maintaining logistic chains, also during the lockdown.

At a time when air and rail traffic was almost completely stopped and road traffic was severely handicapped, seaports were fully operational. This indicates the key role of seaports in the functioning of the economy.

The lack of vacant areas for the further development of the port has become a big challenge, which is why the Port of Gdynia is planning to create a deep-water Outer Port on artificial lands, based on the existing Śląskie quay. Thus, the area of the entire port will increase by approx. 152 ha and reloading capacity - by 2.5 million TEU.

The project of building The Outer Port is the only chance, not only for the dynamic development of the port, but also for maintaining its competitive ability and high position on the market of port services in the Baltic region. It will provide lots of opportunities for the port, Poland and the South Baltic region.

The External Port is a strategic investment of the Port of Gdynia. The project, as a priority task of the Port of Gdynia Authority S.A., has received the approval of the Government of the Republic of Poland and has been included in the governmental draft Programme for the Development of Polish Seaports until 2020 (with an outlook to 2030). The deepwater External Port will be built on the base of the existing Nabrzeże Śląskie [Silesian Quay] – on artificial land extending beyond the current protective breakwater. Its construction has become a necessity in the face of growing market competition and forecasts of the demand for container transhipment in Polish seaports, which is expected to grow to around 9.5 million TEU in 2050. The External Port, as a jetty constituting a landed sea area, increasing the port area by 151 ha and the transhipment capacity by 2.5 million TEU.

The construction of the External Port will have a positive impact on the development of the labour market in Gdynia, directly generating about 700 jobs in the External Port itself and over 4,200 in the surrounding industry.

Treasury bonds are issued for the Port of Gdynia Authority S.A. (PGA) to secure funds for the Outer Port Gdynia construction project, funding to be invested in building the access infrastructure in the form of breakwaters.

The deadline for submitting applications for admission to the qualification procedure is scheduled for January 29, 2021.

“Completion of the feasibility study is another milestone on the way to the construction of the Outer Port at the Port of Gdynia. The document prepared by the advisory consortium is a comprehensive summary of all analyzes related to the Project to date, which confirm the legitimacy of its implementation. I am convinced that potential investors, stoppages for the pending private selection procedure for the project, will appreciate the actions taken so far by the management board of the Port of Gdynia and the project of readiness and readiness for its implementation. ”- comments Maciej Ziomek, Associate Partner at EY Transaction Advisory Services Leader in the transport and infrastructure sector.

Port of Gdynia Authority S.A. has received a comprehensive project of geological surveys covering both the area of the new breakwaters of the Port of Gdynia and the pier of the Outer Port. The author of the project is Wuprohyd. The next step will be the approval of this project by the Ministry of Climate and Environment, and then the implementation of work, which we plan to do in the spring of 2021.

In addition to the above, the Port Authority received a study under the title "RESEARCH OF SEABED SEDIMENTS IN THE AREA OF PLANNED INVESTMENT, entitled: OUTER PORT CONSTRUCTION IN GDYNIA". This is an extremely important environmental study, which confirmed the purity of the sediment and the lack of contraindications for the implementation of the investment from this point of view. It is also a confirmation that the actions taken by the Port of Gdynia Authority and the Maritime Office in the field of environmental protection are effective. This study is an element of the environmental impact report.

The development activities go in one strictly defined direction. Until 2027, no less than 40% of goods in our port will be handled by rail. This assumption is included in our Development Strategy and we will do our best to meet it.

Infrastructure investments are also being implemented, consisting of the electrification of and access to the western part of the port in terms of rail, and also the construction of an intermodal railway terminal in this part of the port. All this will be linked by a new track system, which is being implemented by PKP PLK under a contract to the amount of PLN 1.5 billion.

The investment will provide the increasingly indispensable alternative for the heavy vehicle traffic from and to the port terminals to Kwiatkowski Flyover, constantly congested and in need of repair.

The Red Road will provide a direct connection between the Port of Gdynia and the national road network, including the S6 expressway. The new dual carriageway section will lead from the Port of Gdynia to the intersection of Morska Street with the Tri-City Ring Road and will replace the renovated Kwiatkowski Flyover. The investment will improve the port's accessibility from the land side and thus increase its cargo handling capacity.