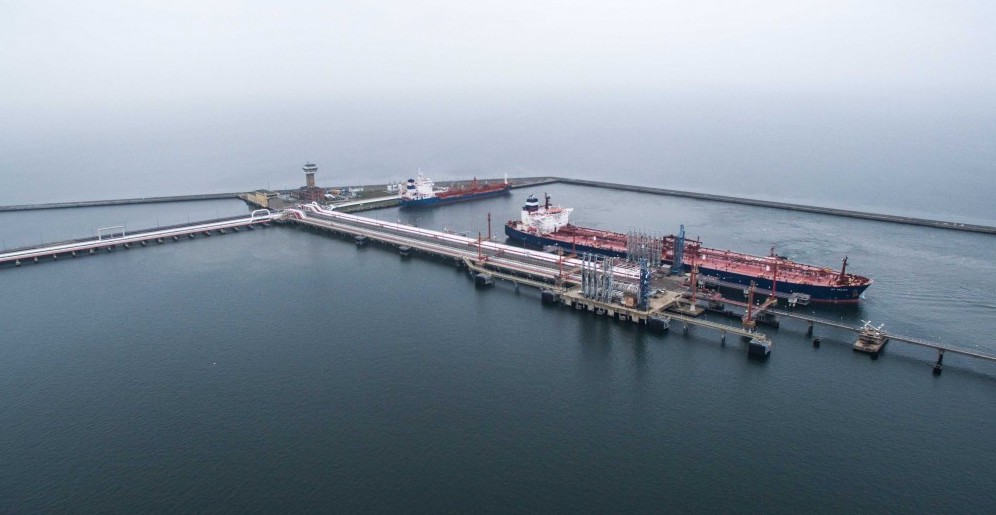 2019 was a record year for Naftoport, a part of the PERN Group. According to the latest reports, despite difficulties in global markets, the largest Polish terminal for oil and fuel transhipment reloaded 16.80 million tonnes of cargo.

In the first half of the year, Naftoport received 8.3 million crude oil - 30% more than in the corresponding half of 2018. He played an important role in ensuring the energy security of the Poland when oil flowing through the Friendship pipeline was contaminated with organic chlorides. On April 24, PERN stopped oil extraction, which was only partially resumed on June 9. At that time, the company used its inventory and more tankers arriving at Naftoport to meet the demand of petrol stations, and thus customers.

May was another challenging month, in which Naftoport transhipped 2.2 million tons of crude oil, i.e. more than 1 million more than in the corresponding period of 2018. 13 tankers visited then. In the second half of the year, the port received over 7 million crude oil, giving a record-breaking result of over 16800001 tonnes of transhipped raw material and liquid fuels.

According to the data of the Port of Gdansk, the transshipment results of liquid fuels in 2008-2019 were as follows (photo).

Will transshipments be even greater in 2020 due to the changing geopolitical situation, fuel prices and capacity? It's hard to predict. New infrastructure may be important. At the Port of Gdansk, 7 new storage tanks are under construction at the Oil Terminal in Gdańsk (TNG) and the Gdańsk storage base. In total, crude oil storage capacity will increase by almost 600,000. m3, achieving 4.1 million m3 mark.