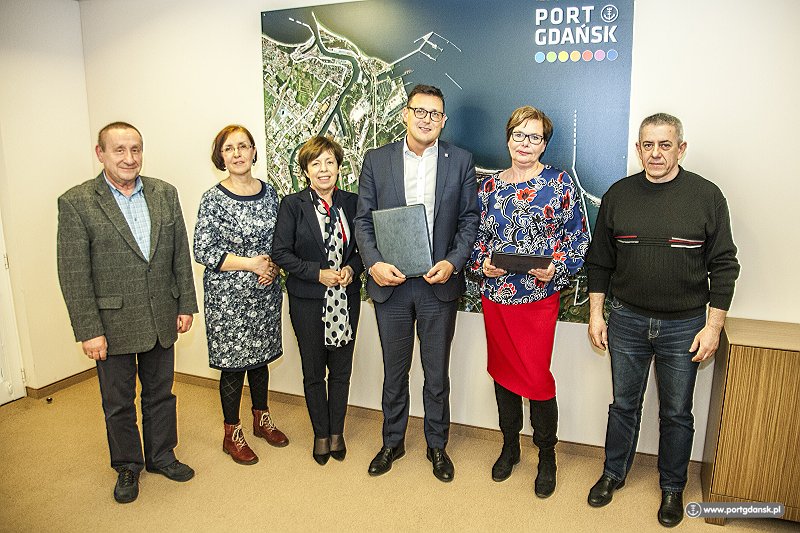 On March 1, 2017, Port of Gdansk Authority SA signed an Additional Protocol to the Collective Labour Agreement. This means that PGA SA has met the demands pursued for years by both trade unions - the Independent Self-Governing Trade Union "Solidarity" and the Free Trade Union of Workers of Maritime Economy.

The main demand of the trade unions was to regulate wages for employees wishing to retire, as well as the minimum monthly wage for full monthly working time for newly hired employees (in the first six months of employment) and those who signed a contract of employment for up to three years with PGA SA. The unions argued for distinguishing between the minimum wage for workers employed at PGA S.A. for a period of less than three years and those who have worked here longer. On this basis, a new qualification scale for employees in white-collar positions was developed.

Enlarge- As the trade unions, we are satisfied with the changes made to the Collective Labour Agreement under the Additional Protocol. It organises issues of additional remuneration for retiring people. We cannot forget those colleagues. Our present position is the result of many years of their work, experience and support in solving not only professional but also personal issues. We appreciate this, but most importantly, PGA SA also appreciates it, as evidenced by the changes made to the Collective Labour Agreement. Another important element is the so-called minimum wage for newly hired people. Upon employment with PGA S.A. newly hired employees often received remuneration higher than persons working for many years for our company. This was also not always reflected in education and professional experience. This resulted in unnecessary conflicts and created a bad atmosphere among employees. The agreement gives us hope for further cooperation and the ability to make positive changes in the future - says Danuta Waszczuk, President of the Independent Self-Governing Trade Union "Solidarity".

Under the current rules, the document signed by PGA SA requires approval from the State Labour Inspectorate, which took place on March 2.