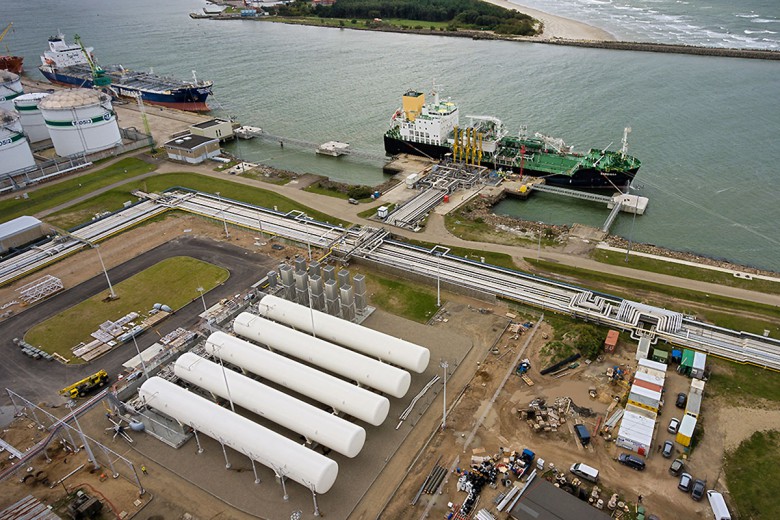 As of April 1st 2020, Polskie Górnictwo Naftowe i Gazownictwo is the sole user of the small-scale LNG reloading station in Klaipėda, Lithuania, which gives the Company access to the Baltic Sea markets and allows it to optimise the logistics of LNG supplies to customers in North Eastern Poland.

The beginning of April saw the entry into force of an agreement between PGNIG S.A. and Klaipedos Nafta (KN), which grants the Polish company the exclusive right to use the LNG reloading station located in the sea port of Klaipėda.

“It is an important step in building PGNiG's position on foreign markets. I am convinced that PGNiG’s competence in small-scale LNG trading and operations will enable it to effectively develop the market for this fuel in Lithuania, Latvia and Estonia. We already supply our LNG to customers in Germany and the Czech Republic,” said Jerzy Kwieciński, CEO of Polskie Górnictwo Naftowe i Gazownictwo S.A. “The launch of operations by PGNiG in Klaipėda required making numerous complex trading and operating arrangements. I would like to thank the Management of KN for their full involvement in the process. It is the best guarantee of mutual benefits our Companies will obtain thanks to the cooperation we are initiating today,” the CEO added.

KN is, among others, the operator of a floating storage and regasification unit in the port of Klaipėda and the small-scale LNG reloading station located at the gateway to the port. In 2019, the Lithuanian company organised an tender for the exclusive use of the station for five years. PGNiG’s bid was considered the best and the companies signed the relevant agreement in November 2019.

“We are positive that cooperation between KN and PGNiG will significantly contribute to strengthening of the regional small-scale LNG market. Together with our partners, we will strive to intensify its development, which will provide opportunities for more competitive prices and will enable LNG to be widely used by customers in Baltic States, North-Eastern Poland and Central and Eastern Europe,” emphasized Darius Šilenskis, KN CEO.

The LNG reloading station in Klaipėda has five tanks with a total capacity of 5,000 cubic metres (2,250 tonnes) of liquefied gas. It has two loading stations for LNG trucks and ISO containers, which can be used simultaneously. The wharf of the station makes it possible not only to receive LNG from vessels, but also to load LNG. As a result, the station can be used for bunkering ships powered by LNG engines.

The use of the Klaipėda station not only opens foreign markets to PGNiG, but will also increase the attractiveness of the Company’s offering to customers in Poland. The cost of LNG transport is an important component of the fuel’s price. For customers from North Eastern Poland, the possibility of receiving LNG from Lithuania will be a good alternative to supplies from the President Lech Kaczyński Terminal in Świnoujście and PGNiG’s liquefied gas production plants in Odolanów and Grodzisk Wielkopolski, situated in the Province of Wielkopolska.