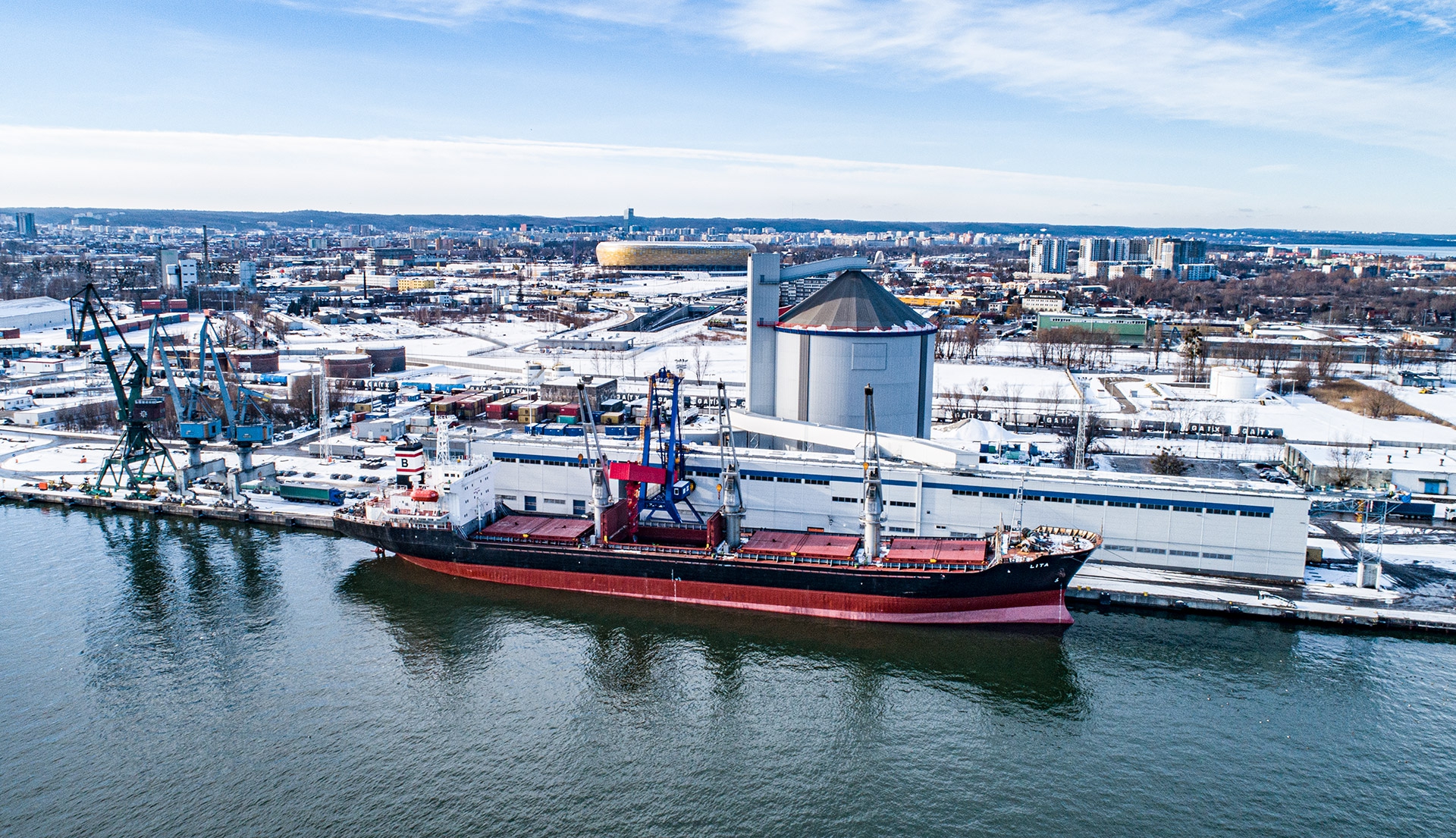 Seaports, Shipping, Logistics
Pioneering loading of 15,000 tons of sugar at the new Sugar Terminal at the Port of Gdansk

In the last days of February, the first loading of the ship was completed at the Sugar Terminal at the Port of Gdansk, using the objects' full capabilities. It is the most modern facility in this part of the Baltic Sea. The investment in the construction of the Sugar Terminal was a strategic decision of Krajowa Spółka Cukrowa S.A. KSC's capital involvement was preceded by a detailed analysis of the possibilities offered by the Port of Gdansk.

- These beginnings of cooperation date back to 2017, when we started talks on the potential location of the sugar terminal. We have been looking for a suitable place for a long time in our port to find the optimal one, in terms of the entire investment, but most of all, the logistics of delivery and delivery of goods that are handled here. I do not hide that very important were also very decisive, quick decisions of the Management Board of Krajowa Spółka Cukrowa, that they decided to enter and so quickly and in such a short time carry out this investment with us - said Łukasz Greinke, President of the Port of Gdansk Authority.

Łukasz Greinke adds, that a number of modernizations were made for the site preparation for KSC,. During the construction of this terminal, all networks in the field were replaced. The railway sidings have been rebuilt, the Chodacki road will be rebuilt in the coming weeks, there are also a number of investments that are also financed by the Port of Gdansk Authority.

Several months after the opening, the investment was expanded with an automated loading system.

- In autumn 2019, we commissioned the Sugar Terminal, which includes: a silo with a capacity of 50,000 tons, a flat warehouse with a capacity of about 8,000 tons and packaging equipment. This year we are handing over the loader, which is just undergoing its first attempt at ship loading - Krzysztof Kowa President of the Management Board of KSC S.A.

How many of these possibilities are indicated by Krzysztof Kowa, President of the Management Board of KSC S.A. - Without this investment, we could not be anywhere in the world. Our recipients are in Israel, Saudi Arabia and Africa. Most of our product, sugar, is shipped by sea at this point. Let me just remind you that a few years ago we exported really small amounts, because it was 20, 30 thousand tons. At the moment, we ultimately want to export about 400,000 tons of sugar annually.

Grzegorz Witkowski, Undersecretary of State in the Ministry of Infrastructure, noted that the investment in the Sugar Terminal in the Gdańsk port was carried out in a model manner

- Considering the constant increase in sugar handling at the Gdańsk port, the investment, which cost PLN 100 million, cannot be overestimated. The cooperation between the state-owned companies: Krajowa Spółka Cukrowa, the Port of Gdańsk and our subcontractors were exemplary. I wish there were more joint ventures of this type. This investment introduced the port of Gdańsk in the 19th century in terms of exports and transshipments of agri-food products, summed up the deputy minister.

Krajowa Spółka Cukrowa S.A. is the largest beet sugar producer in Poland and one of the most significant in Europe. According to the report of the National Center for Agricultural Support in 2020 published a week ago. Sugar and confectionery exports grew by 7% compared to the previous year, bringing a profit of EUR 2.5 billion. From the agri-food category, we export more than sugar only meat, grain and tobacco products.