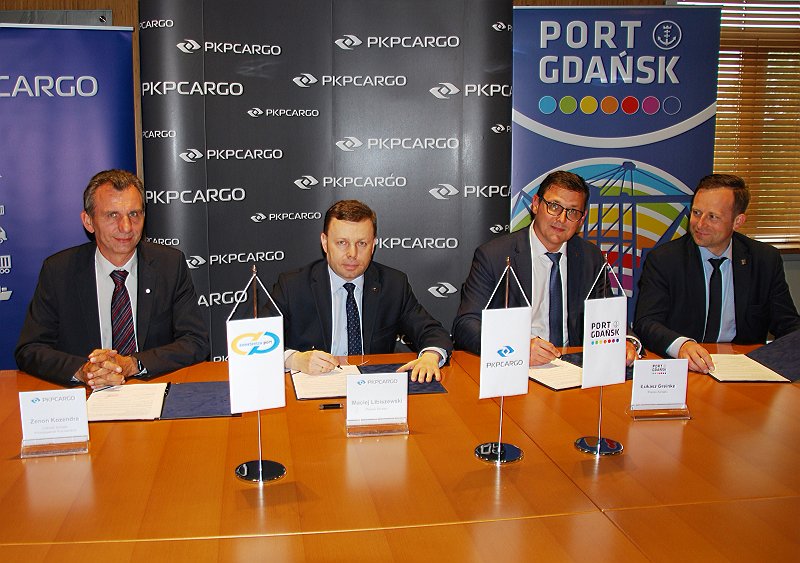 Seaports, Shipping, Logistics
PKP CARGO and the Port of Gdansk at the next stage of implementation of the Three Seas Initiative

PKP CARGO SA and the Port of Gdansk Authority SA signed a Memorandum of Cooperation with Romanian railway operator CFR Marfa and the Port of Constanta. It is yet another project invigorating economic activities on the route between Northern and Southern Europe.

"We are satisfied that the PKP CARGO Group is joining in the next stage of implementation of the Three Seas Initiative together with the Port of Gdansk. The potential of the countries of the region is not being used to the full extent today, so we are striving to ensure its development. This creates opportunities both for the Polish economy and the PKP CARGO group. We are a transit country, our east-west routes are well-developed. The time has come to take our activity forward, also on the northern-southern Europe route. I am convinced that thanks to the cooperation with the Port of Gdansk and our Romanian partners, trade - made possible also through railway connections between the Baltic Sea and the Black Sea - will intensify," said Maciej Libiszewski, President of the Board of PKP CARGO S.A.

The project is part of the political and economic Three Seas BABS (Baltic, Adriatic, Black Sea) Initiative, for which the development of railway connections operated within the European transport corridors is the key factor in the integration of the EU Member States, including in particular the countries of East-Central and Southern Europe. It is also a significant element of the progress towards achieving sustainable mobility in this region.

The logistics services offered are also supposed to constitute an alternative for customers conducting business activity in the regions of East-Central and Southeastern Europe, enabling efficient transport of goods between the Baltic Sea and the Black Sea areas. The project will be carried out in cooperation with freight forwarders from the PKP CARGO Group and the CFR Marfa Group.