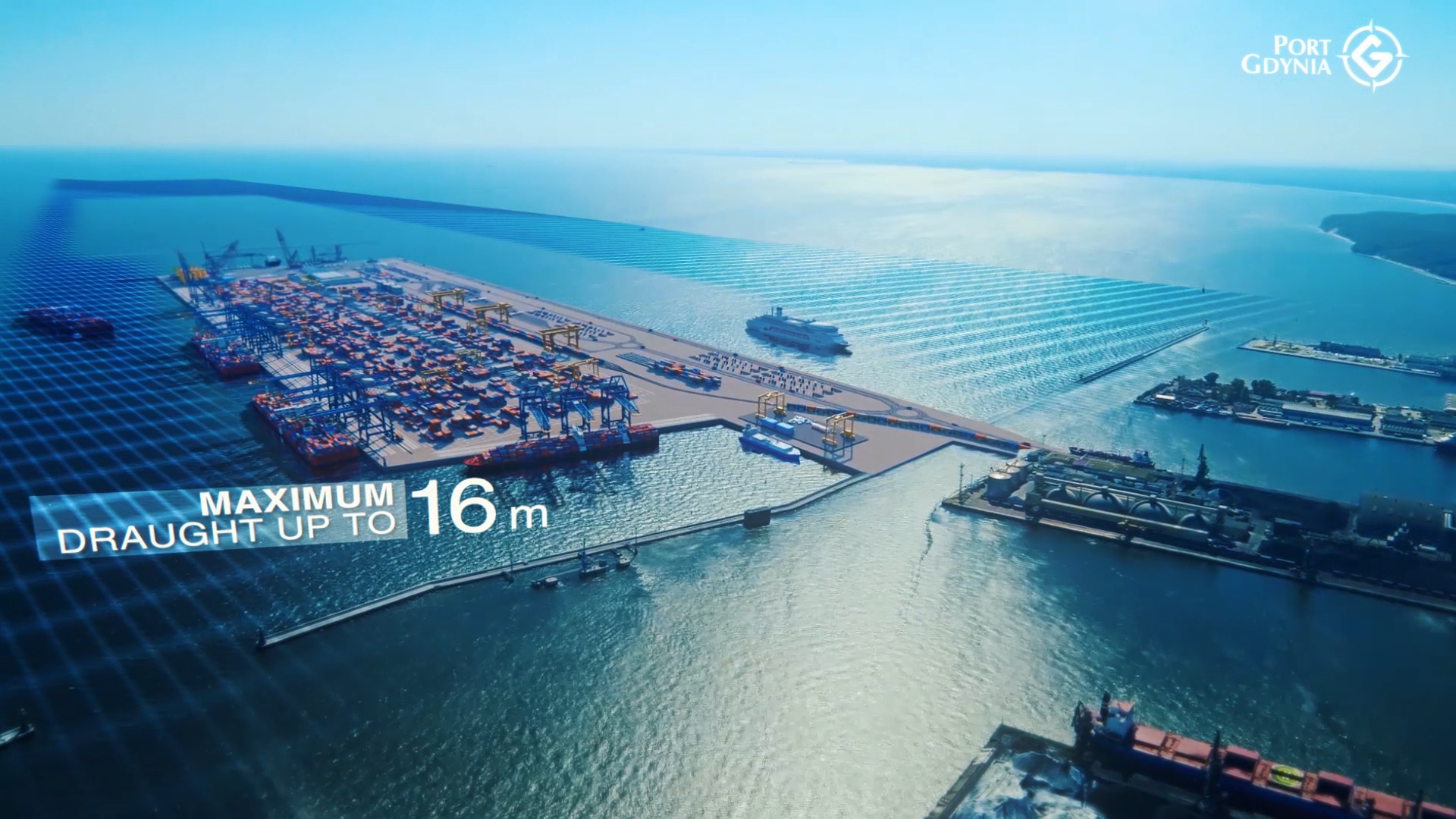 On July 23, 2020, Centre for EU Transport Projects signed agreements with the Municipality of the City of Szczecin, the Maritime Office in Gdynia and with the Szczecin and Swinoujscie Seaports Authority SA. The total value of the projects is over PLN 384 million. EU funds from the Operational Programme Infrastructure and Environment 2014-2020 will amount to over PLN 167 million.

A deeper and wider approach fairway will be created at the Port of Gdynia, for which the European Union co-financing will amount to PLN 65.5 million.

-Today's three contracts are another success for Polish seaports. Thanks to this, we will soon be able to witness the development of the Baltic region and the strengthening of the Trans-European Transport Network. These projects also include modern infrastructure and improvement of the safety in the Baltic Sea. Polish maritime transport can develop thanks to EU funding, this time with the amount of over PLN 167 million - emphasized Marcin Horała, Secretary of State at the Ministry of Infrastructure, Government Plenipotentiary for the Solidarity Transport Hub Poland.

-Both, the Port of Gdynia and the Port of Szczecin are part of the Trans-European Transport Network running between the Baltic Sea and the Adriatic Sea. Thanks to co-financing from the European Union budget in 2014-2020, multi-billion comprehensive projects are carried out in both ports: deepening the fairway and internal sea waters, modernization of protective breakwaters, navigation signals, but also the expansion and modernization of technical infrastructure or port infrastructure, such as modernization of the road access or railway routes. The EU has consistently pursued a transport policy targeting road, rail, air, sea and river routes, which are the most important transport links for its development, as well as infrastructure in the form of sea, air, inland ports and road-rail terminals. - emphasizes Marek Prawda, Director of the Representation of the European Commission in Poland.

The Port of Gdynia serves as a nodal point of the international core TEN-T network, an element of the Baltic-Adriatic transport corridor, which is one of the key European Union communication routes connecting the North with the South. Therefore, ensuring effective access to the Port of Gdynia is not only necessary for its development, but also one of Poland's obligations resulting from EU transport regulations. Effective usage of own financial resources as well as those obtained from EU funds aloows the Port of Gdynia grow dynamically. The implementation of port investments is supported by consistently obtained funds from the Cohesion Fund under the "Infrastructure and Environment" Operational Program. Thanks to EU funds, the Port of Gdynia maintains the investment dynamics, becoming even more competitive, while improving the safety of shipping in the region.

The largest investment project currently underway - the deepening of the approach fairway and internal sea waters of the Port of Gdynia is a joint investment, both carried out by the Port of Gdynia Authority SA and the Gdynia Maritime Office. It is divided in such a way that from the main breakwater towards the bay at a length of 3714 meters, the approach track will be deepened from the current depth of about 14 m to 17 meters and from the current width of 150 meters to 280 meters, as well as reconstructing 2 heads of the main breakwater enabling the at the main entrance to the port, 17 meters deep - this is the scope of the Maritime Office. We are very pleased with the contracts signed at CEUTP, as it is part of our large, more advanced project - deepening of inland waters - i.e. the entire hydrotechnical infrastructure from the main entrance to the container basin (Puckie Quay), the work of which has been going on for 3 years. Currently, the internal reservoir is 13.5 meters, and as part of our joint task, it will be deepened to 16 meters. It was necessary to rebuild some quays to carry out this task, so far we have already rebuilt the Quays Słowackie and Włoskie, and we will start the reconstruction of the Quay Norweskie. A new turntable number 2 has already been built, which will ultimately enable the rotation of ships with a length of 400 m. The financial scope of this part of the project will be on the part of Port of Gdynia Authority SA. is PLN 560 million - the entire gross value of this project, and the subsidy from the European Union is PLN 273 million.

The deepening of the internal sea waters and the reconstruction of the quays are the key elements of the development of the Port of Gdynia. These investments are of structural importance for Poland and the Trans-European Transport Network. Thanks to EU funds, investments in the port infrastructure not only bring economic development to the country, but also create new jobs in the region. The main purpose of the deepening of the approach fairway and internal waters of the Port of Gdynia is to enable the entry of larger ships with a maximum length of 400 m, width of up to 58 m and a maximum draft of -15 m (the current maximum draft is -13 m) and improvement of navigation conditions and safety hydrotechnical structures. This will enable container ships serving direct ocean connections with the Far East and other continents to call at the Gdynia port.