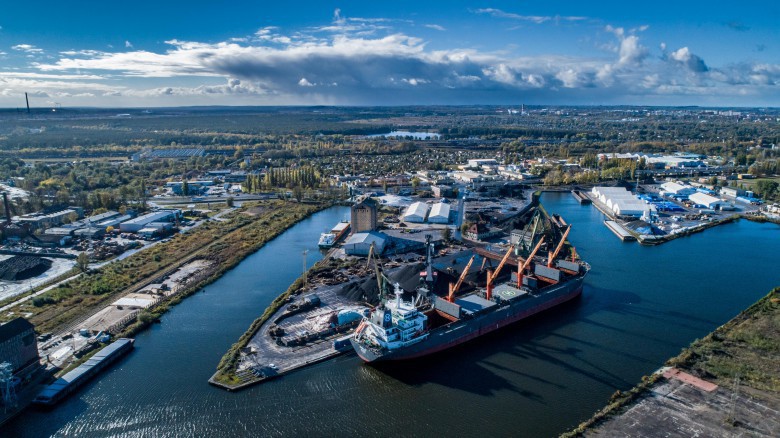 Seaports, Shipping, Logistics
Poland received over 720 mln PLN from EU for investments in ports and railways

Six agreements for co-financing rail and sea transport investments from EU funds with a total value of PLN 720 million were signed on Friday by the Polish Minister of Funds and Regional Policy Małgorzata Jarosińska-Jedynak.

Support from the Operational Program Infrastructure and Environment will go to PKP PLK, management of seaports in Szczecin and Świnoujście, municipalities of the city of Szczecin.

- Six investment contracts in five voivodships are not just numbers, they are primarily create an added value for people and the environment - said Małgorzata Jarosińska-Jedynak during a press conference.

Jarosińska-Jedynak emphasized that the plan to modernize 22 train platforms in 15 locations is particularly close to her heart. The value of this investment is 119.2 million PLN, while EU funding is 81.6 million PLN. Modernization works will take place in the Kuyavian-Pomeranian, Łódź and Greater Poland voivodships. Their completion is planned for March 2023.

Four of the six co-financing agreements signed concern investments in the ports of Szczecin and Świnoujście. Their total value is over PLN 1 billion, of which the amount of financing will exceed PLN 555 million. The projects involve reconstruction of quays in ports and construction of access roads to ports. The works will also be carried out in the area of the Dębicki Channel in the Szczecin port - it will be deepened and expanded.

The minister emphasized that, for example, the project "Development and modernization of technical infrastructure in ports" is associated with environmental protection and reduction of pollution caused by ships. The port terminals will be modernized to provide the modern ships with modern service, while taking care of the natural environment. An infrastructure will also be built to enable supplying sea ferries with shore-side electricity and collect sanitary sewage. Modernization of the heating network, construction of main rainwater sewage network and covering new port areas with sanitary sewage will also bring measurable benefits to the environment.

"In this way we strive to achieve climate neutrality" - Jarosińska-Jedynak pointed out.

One of the six contracts involves the construction of 340 so-called spurs, i.e. buildings that prevent water from being washed over the banks of the Oder. PGW Woda Polskie is the beneficiary of the contract. The works will cover over 110 km of this river. The project will improve navigation conditions on the river. EU co-financing from the OPI & E will amount to over PLN 84.2 million. The total investment cost is over 117 million PLN.

The Infrastructure and Environment Program for 2014-2020 is a national program supporting low-carbon economy, environmental protection, combating climate change and adaptation to them, transport and energy security, as well as investments in the areas of health protection and cultural heritage. It is the largest program financed from European Funds not only in Poland but also in the European Union. The total amount of Program funds is EUR 27.41 billion.