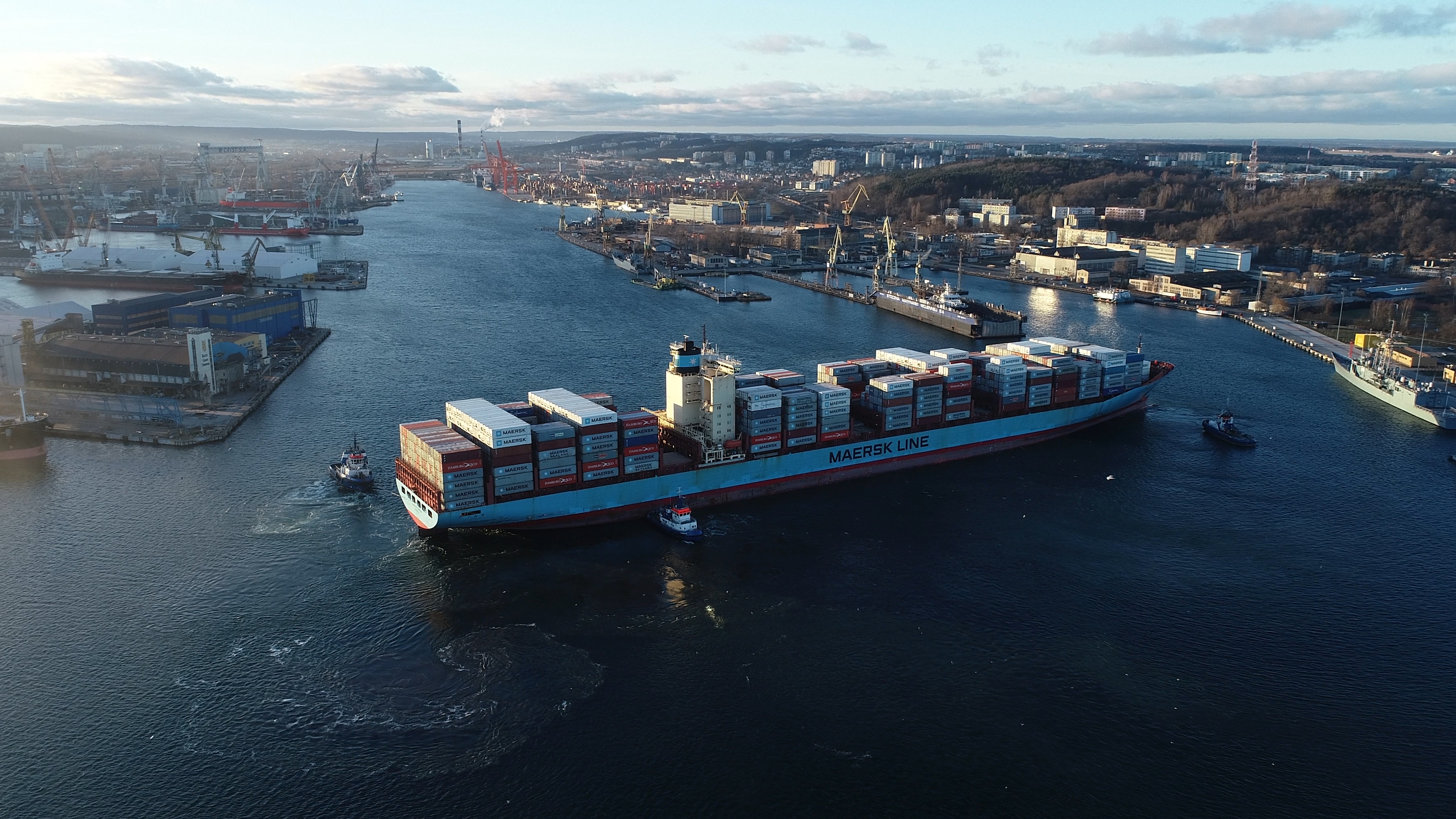 Polish sea ports are becoming increasingly more modern and flexible year by year. Success is without doubt, and can be seen and heard by everyone. New investments, new opportunities – this is the real face of the Polish “windows on the world”. All of Poland’s main ports, due to a period of economic transition and smart management in recent years, have become international and multipurpose harbors with modern infrastructures and further possibilities for growth. These ports provide great potential for imports and exports for local and worldwide economies.

Gdańsk has become one of the Baltic’s international hubs. The other biggest ports, i.e. Szczecin-Świnoujście and Gdynia also have overseas connections. But all the Polish ports, including the smallest ones along the whole Polish coast, play another important role, not only for the Polish economy, but also
for European trade. These ports are vital for local cargo flow and short sea shipping connections, which are becoming much more important for European communities and their sustainable future.

All Polish ports have great potential for meeting the current and future requirements of economic markets. The infrastructure of the biggest Polish port of Gdańsk includes: container terminals, a ferry terminal, berths for handling bulk, project and general cargoes. The Northern Port deals with the importation of crude oil. In addition, in the port area there are numerous ship repair and shipbuilding shipyards, such as: Remontowa Group, Marine Projects, ALKOR, Gdańsk Shipyard, etc., which are well-known in Europe and the world for their quality and products. The same can be said for the subcontractors servicing the maritime sector locally and abroad, such as: Muehlhan or Hydro Naval.

The Port of Szczecin-Świnoujście is in fact a combination of two ports managed by one joint authority. The Port of Szczecin is located about 100 kilometers from the coast, whereas Świnoujście is just at the entrance of the Szczecin route to the open Baltic Sea. Both ports are very important for short sea shipping and have direct ferry services as well as active coastal shipping carried out by both Polish and foreign shipowners and operators.

The Port of Gdynia is the youngest and one of the most modern ports, with easy access to berths straight from the Bay of Gdańsk. The port has two container terminals servicing mainly short sea connections and feeder operators. There is also a ro-ro terminal, general cargo terminal, and dry and liquid bulk terminal. A new public ferry terminal is currently being built, to be put into operation in 2021. The port is also open in season for cruisers calling each year with numerous international tourists. In the port there are also newbuilding and repair shipyards, such as: Nauta, Crist, Naval Shipyard. Gdynia is also the main base for the Polish Navy and the local NATO base.

The port is changing constantly. New investments, such as the abovementioned new public ferry terminal, are presently under way and soon to be finished. This will be a new opportunity for the port as it will shorten the time of call for each of the ferries, and, what is important, may attract new operators with other short sea ferry lines to different European countries.

The inner entrance to the harbor channels has been enlarged. The port has been deepened in recent years. Moreover, many modernization works in all terminals and berths have been undertaken. The port is very modern and flexible. In the nearest future, it is planned also to build a so-called “outer port” dedicated mainly for deepwater oceangoing container vessels, but this will also influence the development of the local sea trade.

As already mentioned, Poland also has smaller coastal ports such as: Darłowo, Kołobrzeg, Ustka, which mainly service the coastal and short sea shipping trades. The very old Port of Elbląg, located on the Zalew Wiślany, should be reborn when the channel crossing the Mierzeja Wiślana has been built. There will be no need to use the Russian-controlled strait and Elbląg is planned to become a major Polish short sea shipping harbor as it was in the past during the German Supremacy before the Second World War.

All the smaller ports are trying to take advantage of short sea shipping. For example, the MAG port (Morska Agencja Gdynia) in Darłowo regularly services coaster vessels with various cargoes. Kołobrzeg has also recently strengthened its role in coastal trade. Last but not least, these ports are counting on wind farm investments, which should stimulate the regional economy, just as happened in small fishing ports in Germany.

As Poland is already fully open for international business, all the investments are designed to support connections with clients not only in Europe, but also worldwide. One of the biggest container ports on the Baltic Sea – the Deepwater Container Terminal, was from the beginning given the possibility of a direct oceangoing connection with the biggest ports of the world. Thanks to this, Poland has worldwide links with the biggest container shipping carriers, but also this creates the possibility to service other Baltic ports in the short sea shipping trade.

The Port of Gdańsk currently has short sea connection capabilities such as: a ferry connection between Poland and Sweden serviced by the national ferry operator - Polferries. Many coaster vessels make tramp calls each year not only due to the port’s cargo handling operations, but also for undertaking necessary repairs and conversions.

Gdynia currently deals mainly with feeder and container short sea shipping connections. However, the port also deals with direct or semi-direct calls of the MSC (Mediterranean Shipping Company). There are also other regular services, such as Stena Line ferry connections, being the so-called Motorway of the Sea, the ro-ro short sea services provided by Finnlines and Transfennica, and short sea container connections provided by the well-known Unifeeder. Apart from the regular trades, there are also short sea calls by numerous tramp bulkers, general cargo and project cargo vessels and coasters owned and managed by various international owners.

The Port of Szczecin-Świnoujście also services feeder and short sea connections. These ports are the base of short sea shipping companies such as: Unity Line (ferries from Świnoujście to Sweden), Baltramp, etc.

Plans for the further development of the ports are very ambitious. The Port of Gdynia wants to develop the outer port. This will be the biggest investment since the 20s of the 20th century, when the port was first built. The Port of Gdańsk also wants to build the so-called “Central Port”, which will increase the possibilities for turnover in containers, bulk and other categories of cargo. The Szczecin-Świnoujście port complex, with the Maritime Office in Szczecin, is currently undertaking works to deepen the route from Świnoujście to Szczecin. The planned depth is to be 12,5 meters. In Świnoujscie, it is planned to build a container terminal.
All of these investments will not only provide greater possibilities for oceangoing vessel calls, but will also significantly support the short sea shipping trade, which will distribute the cargoes originating overseas locally on the Baltic Sea.

The short sea shipping trade in Europe is supported by a network of offices known as the European Short Sea Shipping Network. The Polish branch of the said organization is located in Szczecin. Other companies and organizations, such as Gdańsk Maritime Institute (now part of Gdynia Maritime University), lead many projects relating to short sea shipping solutions, which confirms that this branch of shipping is worth investing in and using.

The SARS COVID-19 outbreak has shown that globalization and dependence on China may be risky for many economies. This is why many shipping specialists claim that there is a new future ahead for sea transportation. According to them, nations will focus more on local manufacturers, which is why short sea shipping will become increasingly more important for European and all Polish ports in the near future.