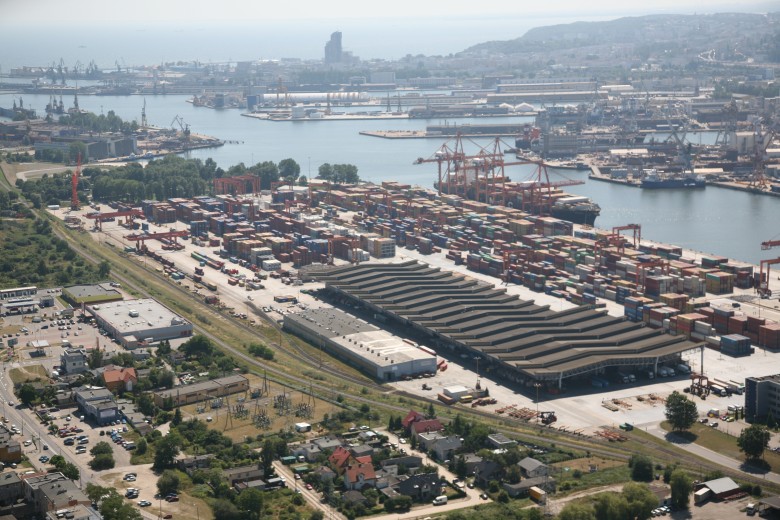 Cargo handling is on the rise at the Port of Gdynia. In the first half of 2015, the port turnover amounted to 9.7 million tonnes - about 2 percent more than in the same period last year. This is due primarily to huge increase in handling of grain cargo.

Grain cargo handling rose to 2.08 million tons. That\'s more than in the ports of Gdansk, Szczecin and Swinoujscie combined (about 1.75 million tonnes total). High turnover is the result of investments, including reconstruction of the Swedish Quay, which allows largest Panamax class vessels to moor at the port. Growth of grain cargo handling was also impacted by opening of a new warehouse on Silesian Quay. New object, located at the MTMG - Maritime Bulk Terminal Gdynia,  have capacity of 60 000 ton.

- Achieved results and further investments strengthen our position as leading port in handling of grain and fodder in Poland - emphasizes Janusz Jarosiński, president of Port of Gdynia.

The situation is more dire in handling of the general cargo, which fell by 7 %., from 6.3 to 5.9 million tonnes. This is mainly the result of weaker turnover at Gdynia container terminals: BCT and GCT.

- We lost a significant clients during those six months. Container line MSC, part of the 2M alliance, began to frequently call to Port of Gdansk - explains Janusz Jarosiński. - We must also be prepared to lose some of the container cargo carried by G6 alliance, which will begin to call at DCT Gdańsk. It will be a difficult year in terms of container handling in Gdynia - he adds.

Gdynia currently loses competiton with Gdansk on the container market because the port is still not ready to handle large vessels.  Needed investments in port infrastucture will be finished in about two years. That include dredging to deepen the port to 16 meters.

- Investments are already underway. Realistically looking, in 2017 we should be ready to receive vessels with a length of almost 400 meters - says the president of the Port of Gdansk Authority.

- In addition, most Polish coal exports passes through the Port of Gdansk, which is not surprising, because they have greater storage capacity. Therefore, we must continually invest in new warehouses - says Janusz Jarosiński.