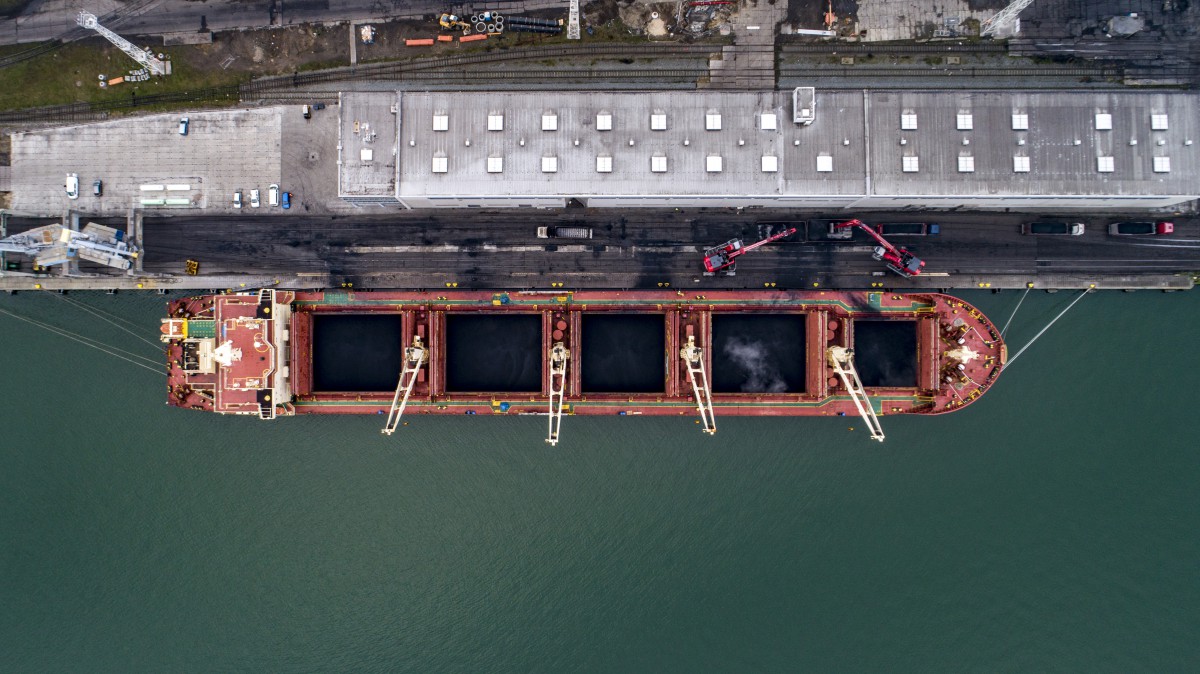 Transshipment of nearly 26 thousand tonnes of petroleum coke produced in Lotos is the result of the EFRA investment project, which increased the efficiency of oil processing, which allows for an additional annual production of approx. 900 thousand tons of high-margin fuels and 300,000 tons of coke. The operation of coke expedition from the refinery and loading onto the ship was performed by Speed Sp. z o.o.

The DCU installation allowed Grupa Lotos to withdraw from the production of heavy fuel oil. This is very important with IMO regulations changing at the beginning of this year. Instead of this low-grade and non-organic product, Lotos obtains high-quality diesel oil, jet fuel and coke from the heavy oil residue.

The Coking Complex includes a DCU (Delayed Coker Unit), CNHT (gasoline hydrodesulphurisation) delayed coking installation, as well as coke storage and distribution. The cost of the EFRA Project implemented in 2015-2019 is about PLN 2.3 billion.

In turn, terminal SPEED is responsible for transhipment. Last weekend it loaded 26,000 tons of coke in 51 hours.

- Due to the inability to interrupt production, which would have serious consequences related to plant downtime, being responsible for coke expeditions from the refinery and its subsequent loading onto recipient units, we have introduced a number of solutions optimizing this process - informs Andrzej Grubalski, commercial director at Speed.

The most important include:

- assembly of the RFID system enabling reading the position of the vehicles collecting the goods,
- automatic vehicle notification along with all necessary data directly to the proprietary Speed Terminal system limiting formalities to a minimum,
- two-way communication of IT systems between the Speed Terminal and the recipient of the goods,
stock management and the ability to verify the amount loaded on means of transport (car / train / ship) in real time through an individual customer account in the system.

- Loading of coke made by Speed, through a deeper part of the Vistula Quay, was possible thanks to the favor of the Port of Gdansk Authority and cooperation with PGE - adds Andrzej Grubalski.

Petroleum coke was loaded on Federal Skeen bulk carrier, which is 190 m long, 28m wide and has 37168 tons capacity. The vessel was built in 2012 and is registered under flag of the Marshall Islands.