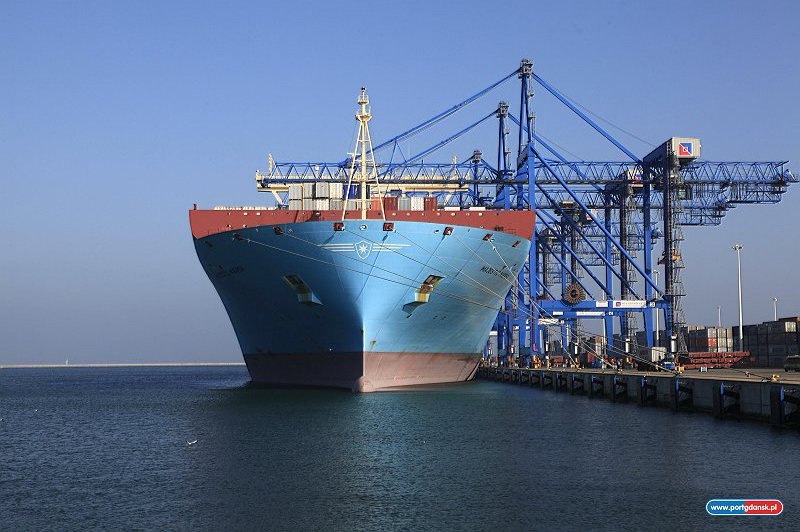 In January, Port of Gdansk published a brief preliminary overview of the year 2014. Undoubtedly, that year deserves special attention not only because of the port\'s outstanding throughput performance which saw an over 70 percent rise over the last 6 years, but also because it was a year of exceptional investment projects launched over the past 12 months or commissioned in that period.

EnlargeAs early as in the first quarter of 2014, the Port of Gdansk saw two very important events, one of them being the laying of the foundation stone for PERN Przyjazn SA crude oil terminal, which after only 10 months is almost 50 percent ready thereby exceeding the project schedule by about one month. All the signs are that very shortly, i.e. at the beginning of 2016, the first stage of the investment covering 6 crude oil tanks will be commissioned.

EnlargeIt was also in March that PGA SA and the Centre for EU Transport Projects entered into a funding agreement for the expansion of an intermodal container terminal at the Port of Gdansk\'s Szczecinskie Quay, a project whose objective is to provide approximation of throughput capacity across all operational nodes of the terminal through adjusting storage and handling capacity of facilities adjacent to the quay to the throughput capacity of the quay.
Three months later, in June 2014, PGA SA and the works contractor, Strabag and a consortium of Portico Project Management and ECM Group Polska that will provide investor\'s supervision services, entered into project implementation contracts.

EnlargeIn September 2014, we celebrated the first ship\'s coming into the port with cargo for the newly commissioned investment situated at the entrance to the Port of Gdansk - North Atlantic Producers Organisation cold store of 8,500 sq. m in area and 200,000 tonnes in throughput capacity.

EnlargeFinally, one of the most important events for investment projects implemented in the Port of Gdansk took place in December when the Governor of the Pomerania Region granted DCT Gdansk SA a building permit for the second container quay. As a result of the project worth EUR 290 million, DCT will double its throughput capacity to reach 3 million TEU annually in the first phase of the investment. It is expected that the quay will have been ready to receive the first container ship by the end of 2016.

EnlargeTo sum up, the Port of Gdansk is currently a centre of continuous change focused on improving the whole port\'s throughput capacity, which is to be witnessed very shortly. Some of the effects produced by previous investments and outstanding operating capacity of Gdansk handlers could be seen in the previous year when the port broke 5 important records for total throughput, volume of general cargo, containers, grains and the size of commercial ships handled.

However, the year 2014 was not only a one-time phenomenon for the Port of Gdansk. It was a continuation of a growing trend observed for a few years. This can be best evidenced by growth factors that over the last decade have shown, e.g. +1731.16 percent in container throughput, +479.16 percent in grains throughput and +578.61 percent in general cargo throughput at the Port of Gdansk\'s quays. Finally, this can be complemented by a growing trend in the size of commercial ships entering the Port of Gdansk. Only five years ago their average gross tonnage was less than 10,000 GT whereas in 2014 it was 14,600 GT. Therefore, it is difficult to call it a coincidence. Quite the opposite - recent years serve as irrefutable evidence that the Port of Gdansk grows in strength, becoming a more and more serious rival in the Baltic Sea Region.