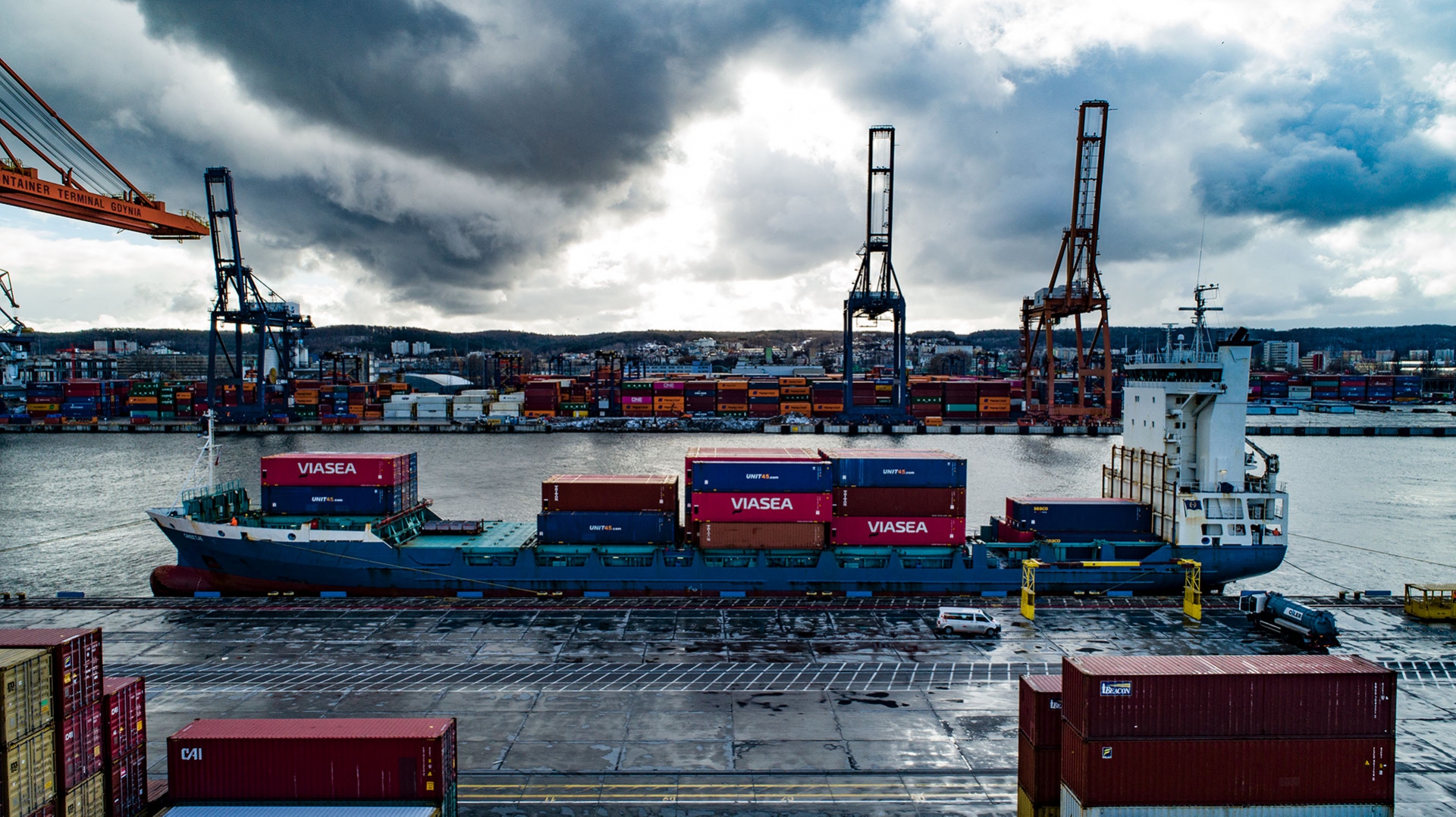 The ship's first call on the new Gdynia-Oslo-Klaipeda shipping connection. This is another line connecting the Port of Gdynia with the Baltic countries.

The new line with direct calls to BCT - Baltic Container Terminal in Gdynia debuted on Friday, March 19 by calling of the Greetje unit (IMO 9186388, GT 5056, load capacity 6862 t, load capacity 658 TEU, 102 slots for refrigerated containers) and will be operated weekly.

- Reliable short sea services from Gdynia / Klaipeda to Norway is a very important service for exports from the northern part of Europe. The opening of our own branches in Gdynia / Klaipeda will allow us to take good care of our current customers, as well as expand our business and strengthen our position in this area - said Viasea Shipping Managing Director, Morten Pettersen.

Connections in the Baltic Sea will be operated in 100% by Viasea, which will open new branches in Gdynia and Klaipeda (Lithuania) in March. In January shipping company opened an office in Moss (UK), it als has a branch in Rotterdam.

- I look forward to joining the Viasea team and supporting our current customers. I am optimistic about the further development of the shortsea and feeder industry together with the company's team – said Leszek Lange, head of the new Gdynia branch.

The increased interest of the Port of Gdynia's business partners is related to the consistently implemented Development Strategy. Increases in transshipments, ongoing investments and high quality of services at terminals are noticed by contractors who see potential in the Gdynia port.

The Port of Gdynia is developing a network of connections with the Baltic countries and a short sea shipping network.

The Port of Gdynia maintains an upward trend in container handling in the first quarter of 2021. Transshipments at the Port of Gdynia are growing, despite the pandemic and economic slowdown. In the period January - February 2021, 153,898 TEU was transhipped, which, compared to the result for the same period in 2020 - 140,067 TEU - is an increase of 9.9% in container handling.

The constantly growing results, despite the global pandemic and economic slowdown, will make the expansion of the Port of Gdynia more legitimate with a deepwater container terminal located at the Outer Port.