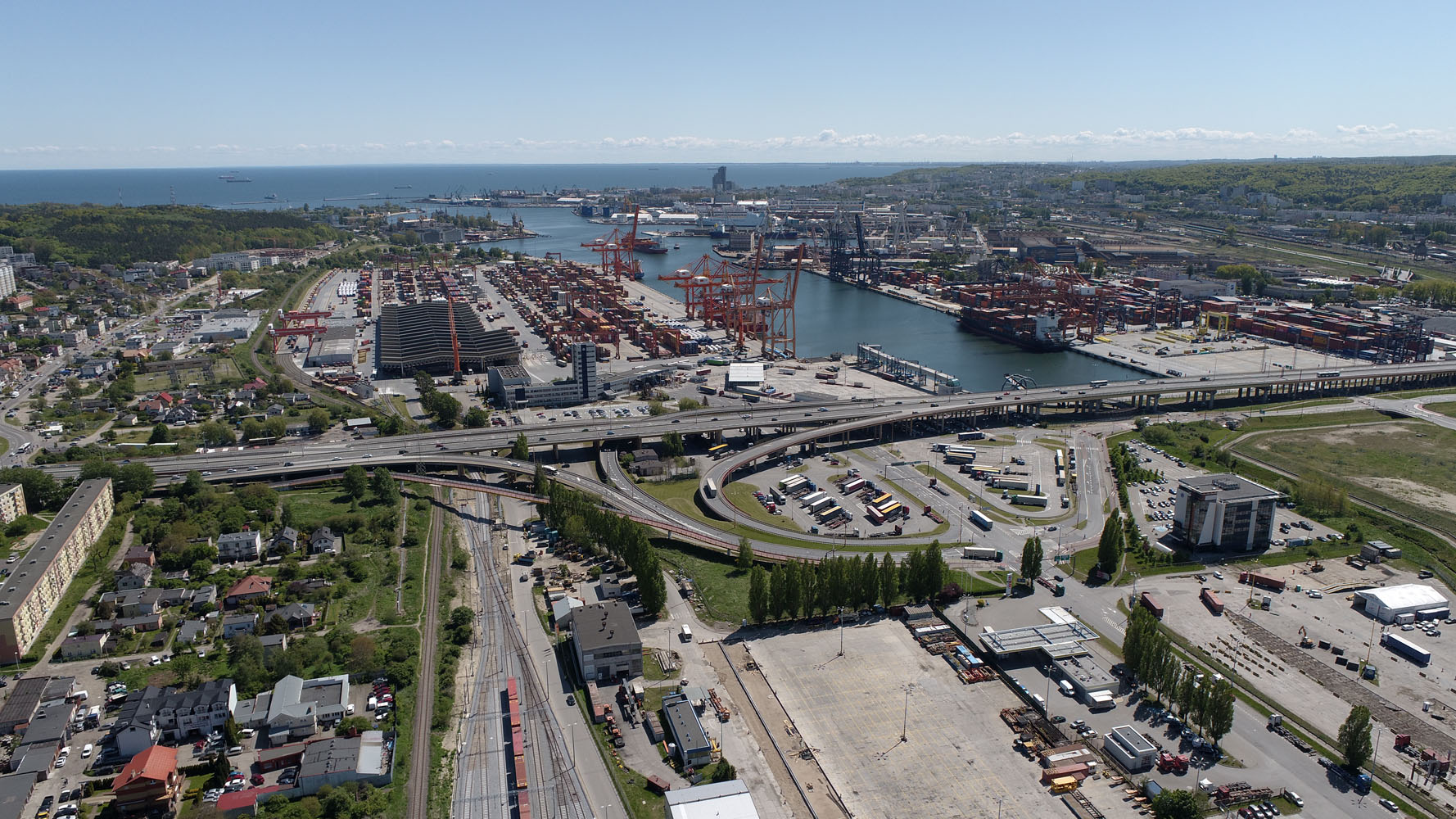 The Port of Gdynia Authority S.A. meets the needs of its partners and the inhabitants of Gdynia and takes up the challenge to improve the traffic flow in road access to and from the Port to ensure timely delivery and transport of cargo.

"The feasibility study together with the technical documentation of the intelligent truck traffic management system in the Port of Gdynia" is the first project of PoGA S.A. to receive funding from the financial instrument CEF Transport 2018 "Connecting Europe". As a result of the project, tools will be created to eliminate queues on access roads to Gdynia's cargo handling terminals, which will have a positive impact on their effectiveness and efficiency.

Forecasts of cargo turnover in the Port of Gdynia indicate an almost twofold increase in cargo handling over the next 10 years. Providing smooth road access to the Port of Gdynia and timely delivery and transport of cargo is a condition for active participation of the Port in the TEN-T Baltic Sea - Adriatic Sea transport network corridor and in global supply chains (Asia - Europe and America, Central and Eastern Europe - Western Europe and Scandinavia).

Implementation of the intelligent system will increase the competitiveness of the Port of Gdynia in the Baltic Sea basin. This is one of the ways to pursue the dynamic development of the port. This project perfectly fits into the activities of the Port Authority in accordance with the idea of greenport and one of the basic priorities of the activity - care for the natural environment. The improvement of road traffic in the area around the port will certainly reduce its negative impact on the environment, including the reduction of fumes, greenhouse gases and noise emissions.

With the planned doubling of cargo hanlidng numbers over the next 10 years in mind, the management of PoGA, feeling responsible, is involved in such concepts and projects, as the road traffic in the Port of Gdynia at present reaches the state of saturation in the existing road network periodically.

"We are aiming to make the Port Gdynia develop in the Smart direction, so the digitisation of the truck traffic management system is absolutely necessary nowadays,” said Adam Meller, President of the Management Board of PoGA S.A.

To further develop the trade in goods it is crucial to reduce the formation of queues of trucks in front of the entrances to the terminals and on the access roads in the City of Gdynia.

"The task of the intelligent truck traffic management system in the Port of Gdynia will be to synchronise the time of trucks' arrival at the port with the planned service at the terminals, according to the e-availability approved by the terminals," assured Adam Meller.

At this stage, a preliminary feasibility study is being developed and, in the near future, design documentation including the integration of three IT and teletechnical systems - e-availability of cargo handling at terminals, management of the common port parking space and intelligent traffic management system on internal and access roads of the port. What is important, the latter will be integrated with the Tricity ITS system - TRISTAR.

The project completion date is planned for April 2022.