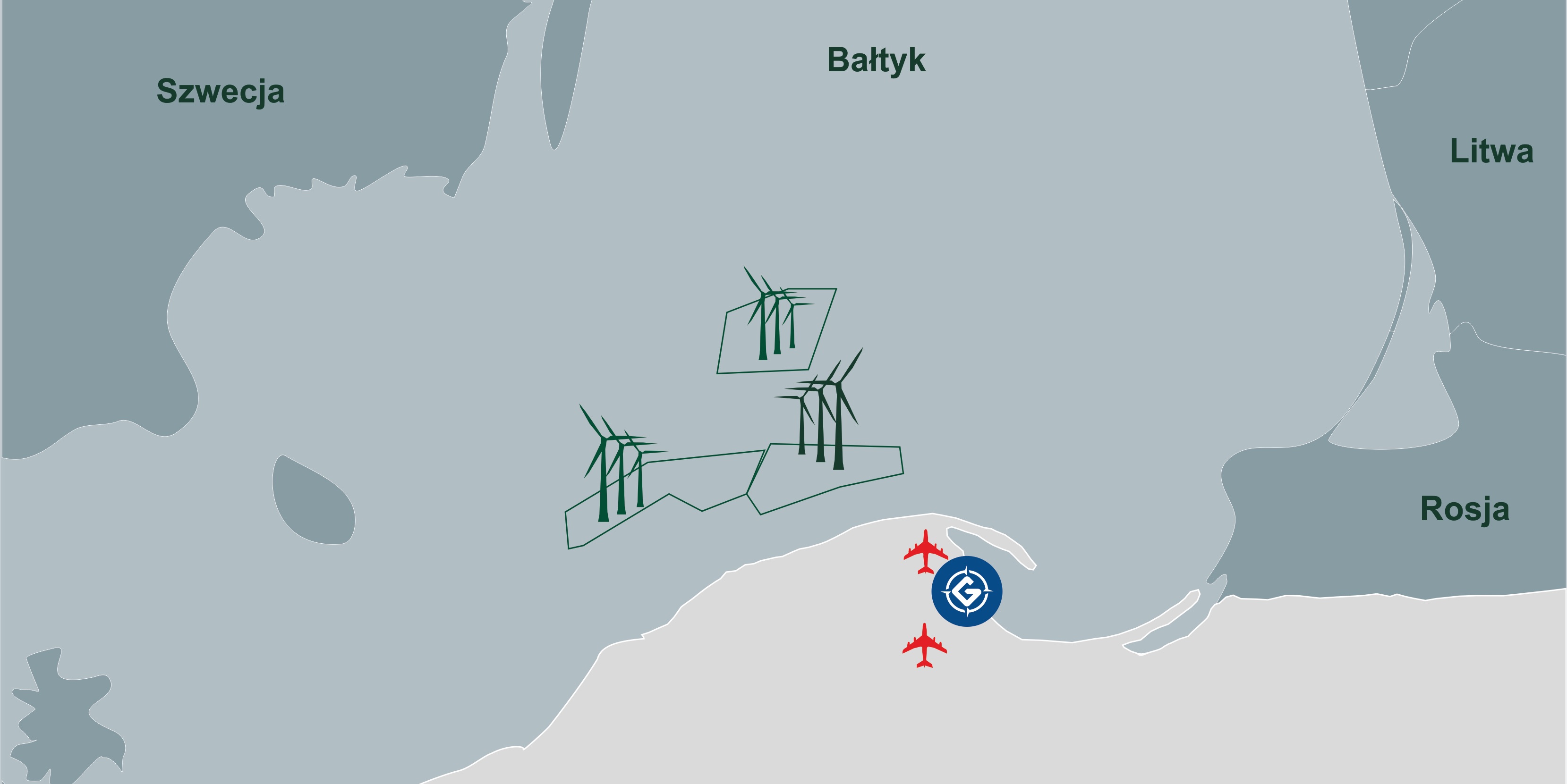 From the east the Port of Gdynia is the closest port located in relation to sea areas designated for wind farms. The potential of port areas favours the development of alternative – ecologic sources of energy in Poland. The Port of Gdynia analyses solutions supporting the development of the offshore sector and participates in creating a hinterland for servicing elements of sea wind farms covering the communes of Kosakowo, Rumia and Gdynia.

“Today’s visit at the Port of Gdynia is related to the choice of location for the installation port for the offshore industry. We have a great treasure here in Poland, the nature gifted us with very good wind conditions on Baltic. As we know, today 80% of energy comes from coal, but we wish to change this state of affairs in the perspective of the development of the energy mix until 2030. A large business ecosystem based on offshore, according to the idea of local content in order to involve local companies that already have experience in this sector.”

“We wish to be the main operator and the Port of Gdynia to be the place where sets of wind farms are completed and then transported to concessional maritime areas. We are experienced in land cargo handling of wind farm structures on the area of container terminals and the advantage in form of a convenient location. We hope that the Port of Gdynia will become a direct beneficiary of this large governmental investment scheme. Thinking of renewable energy sources in the green port concept, we have planned an area for the offshore sector at the end of the Outer Port”, comments Adam Meller, President of the Port of Gdynia Authority S.A.

Port of Gdynia Authority S.A. is interested in purchasing the entire area being the Naval Shipyard resource, applying its pre-emptive right. The purchased land is to increase the functionality of port services, with particular emphasis on the construction and operation of Polish offshore wind farms on the Baltic Sea.
The Polish government has a strategy to obtain energy from renewable sources, one of which is wind. The best place to use it is the maritime area, where the wind blows for about 330 days a year. Therefore, offshore wind farms in the Baltic Sea have a chance to play a key role in Poland's energy transformation towards a low-carbon economy, to contribute to the country's energy security and to help in the fight against air pollution.

Moreover, the location of windmills more than 20 kilometres from the coastline will not disturb the seaside landscape of the Polish coastline and will drive economic development of coastal areas and the entire country. Expert calculations show that the installation of 6 GW offshore wind farms by 2030 will create 77 thousand jobs across the country, generate about 60 billion PLN of added value to GDP and 15 billion of CIT and VAT revenues. They will be gigantic investments, worth billions of PLN, which require an appropriate port and extensive onshore industrial and service facilities.

In connection with the planned implementation of the National Programme for the Development of Offshore Wind Energy, concerning the construction of offshore wind farms on the southern coast of the Baltic Sea, the Port of Gdynia Authority S.A. carried out a preliminary investigation of the possibility to adapt owned land for handling, storage and assembly of offshore wind farms elements.