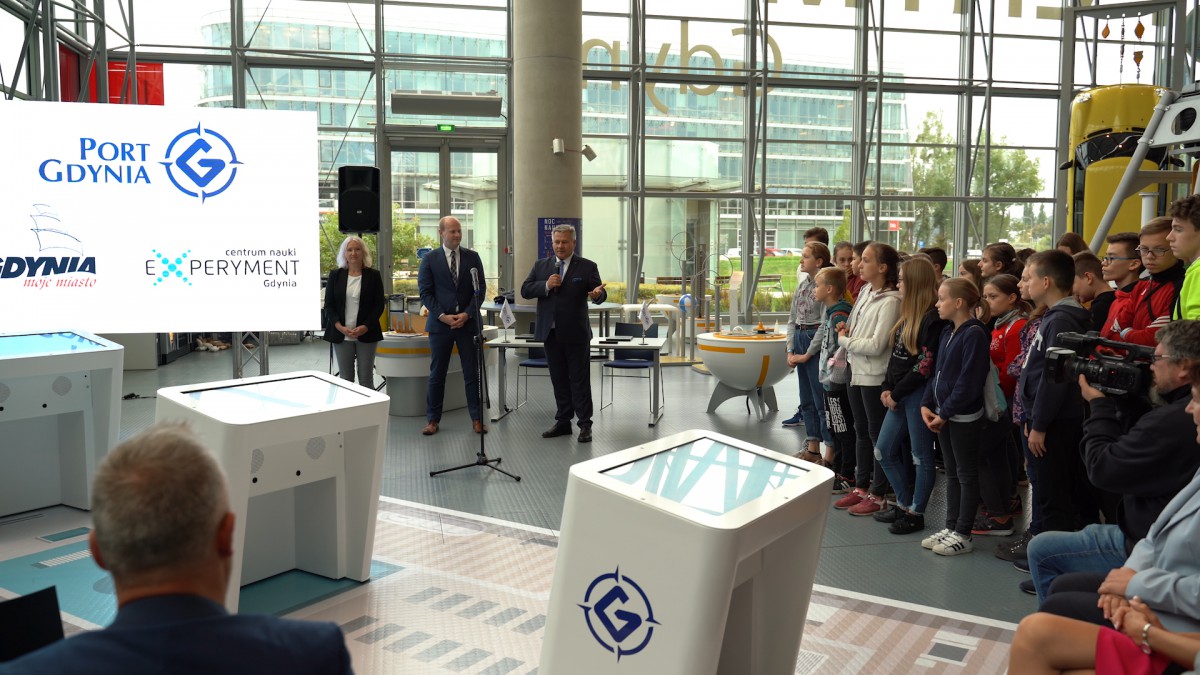 Port of Gdynia celebrates its 97th birthday. On this occasion, modern PortMaster simulators were launched at the EXPERYMENT Science Center in Gdynia. Thanks to them, you will be able to learn more about the operation of transhipment at terminals and direct the movement of ships at the Port of Gdynia.

He added that the Port of Gdynia Authority is actively working to promote professions related to the maritime industry. The implementation of the most important investment of the Port of Gdynia, which is the construction of the Outer Port, will provide 700 new jobs at the terminal and about 4,200 in the port-related industry.

- Record transshipments and our strategic project in the form of the construction of the Outer Port speak about the need to train professional staff. The demand for qualified employees increases year by year. The maritime industry is a very absorbent sector of the economy, which ensures reliable, stable, developmental and well-paid work. We want to familiarize young people with the specificity of the port's activities, encourage them to choose maritime schools and universities - said the President of the Port of Gdynia Authority.

It is no accident that the Port of Gdynia chose the Experyment Science Center as the place where simulators will operate. Educational offer friendly to the youngest, teenagers and adults and professional staff make this place more popular.

Users of interactive stations, during an addictive simulation game will have the opportunity to play the role of an efficient port dispatcher, supervising and directing traffic on its premises. By performing specific tasks in the port space, both on land and on the water, managing transhipment terminals and ship traffic, they will learn how comprehensive and modern solutions are associated with the operation of the port.

- The agreement concerns new technologies and their application in training, promotion of education, knowledge about what is happening in the port - says Maciej Krzesiński, director of marketing and foreign cooperation of the Port of Gdynia Authority.

- First of all, it is a matter of building new simulators. This is about floating crane simulators and unit simulators that will put turbins on Polish wind farms - says Krzysztof Michnal, director of the Maritime School in Gdynia.

- We are interested in building education at the highest global level, using the latest technologies in the safest way, so that ports have the right number of appropriate quality staff - says Tomasz Lisiecki, president of the Center for New Competences.